Test of FAITH: Does Science Threaten Belief in God?

One of the most effective ways to answer the question, “Does science threaten belief in God?” is to hear from someone who is fully committed to a career in science, and also fully committed to faith in God. This was one of our primary aims when we started producing the 2009 documentary Test of FAITH, which was just released on YouTube in full, in nine languages, today.

Among the most influential living scientists is Dr Francis Collins, who is currently Director of the US medical research agency, the National Institutes of Health. Collins was previously Director of the Human Genome Project – the race to decode the instructions for building and maintaining a human body, and before that he ran the lab that discovered the cause of Cystic Fibrosis, Huntington’s disease, and a number of other genetic diseases.

Collins became a Christian as a medical student. An early longing for ‘something outside myself’ had been replaced by agnosticism and then quite argumentative atheism.  It was only years later – having studied chemistry to PhD level before switching to medicine – that he encountered something which made him think again. As a third year medical student he found himself working with patients whose deep spirituality sustained them through terrible suffering.

One older woman told Collins about her Christian faith, then asked him about his own beliefs. His response was to stammer out “I’m not sure” and leave as fast as he could. This incident set Collins down a path of investigation that saw him reading C.S. Lewis’s Mere Christianity, and his defences against God came tumbling down. It took over a year for him to go from deciding that there must be some kind of God, to accepting that Jesus was Lord of his life. Since then he has also realised that there is a fundamental harmony between Christian faith and the practice of science.

Collins was one of the most well-known scientists featured in Test of FAITH. We also gave the footage of our interview with him to Alpha for the first episode of the film series version of the Alpha course talks. Earlier this year he won the prestigious Templeton Prize for his contributions to the science and religion dialogue. 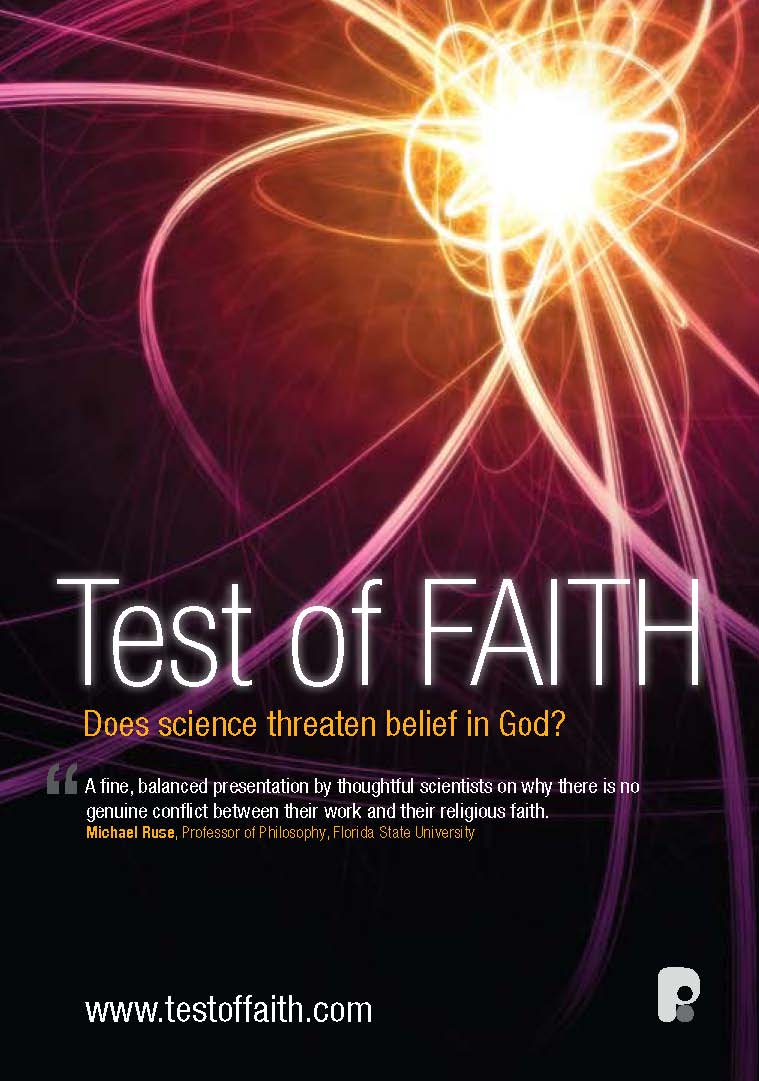 The Test of FAITH resources, including a book of scientist’s stories, small group study material and a youth version.

Extra clips from the raw Test of FAITH interview footage

Lectures and a panel discussion with Francis Collins, September 2007.

The Test of FAITH project was generously funded by The John Templeton Foundation.  With thanks to BioLogos for making it possible to release the Test of FAITH documentary online.