When the human genome – the full set of DNA required for building and maintaining a person’s body – was decoded and published for the first time in 2001, the Director of that project, Francis Collins, said in his announcement that he was ‘profoundly humbled by the privilege of turning the pages that describe the miracle of human life, written in the mysterious language of all the ages, the language of God.

In his 2006 book, The Language of God: A Scientist Presents Evidence for Belief, Collins described his own journey to Christian faith when he was a student. In sharing his views on how creation and evolution can fit together for a Christian he coined the word BioLogos, which for him expresses “the belief that God is the source of all life and that life expresses the will of God”.

Inundated by questions from readers of his book, Collins wanted to set up an online FAQ. This initiative rapidly grew into the organisation BioLogos, now based in Grand Rapids, Michigan, which “invites the church and the world to see the harmony between science and biblical faith as we present an evolutionary understanding of God’s creation”.

While the discussion in some parts of the church can become heated, with some insisting that particular interpretations of Genesis (as it relates to science) are the only way for Christians to read the Bible, BioLogos demonstrate that it is possible to have a gracious conversation about these issues. Their analysis at both a theological and a scientific level is both rigorous and accessible. They address contemporary issues, serving a variety of audiences within the church, including youth pastors and campus ministers. 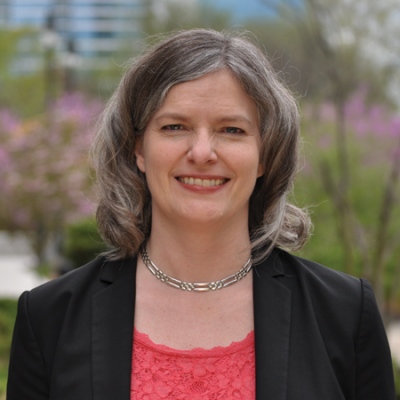 As well as running events and a speakers bureau, BioLogos has consistently produced high quality resources for churches. The BioLogos Basics video series is a useful introduction to their main messages – see if you can guess which one features the voice of our current Church Engagement Director (clue: she is from the most northerly of the UK countries!) The common questions section is a good place to start if you are interested in particular topics. Church Leaders will find the Pastors Resource Center especially useful, and there are resources for small groups. Do explore their website, and subscribe to the newsletter and podcast.

For Francis Collins, and for BioLogos, science and Christianity do not just fit together, but science can enhance faith. The blogs and podcasts overflow with a love for science as a way to explore God’s world. The BioLogos staff and the scientists, theologians and pastors they draw into the conversation clearly delight in sharing that wonder with a wider audience.