Faith and Neuroscience: Wisdom, Training, and the Numinous 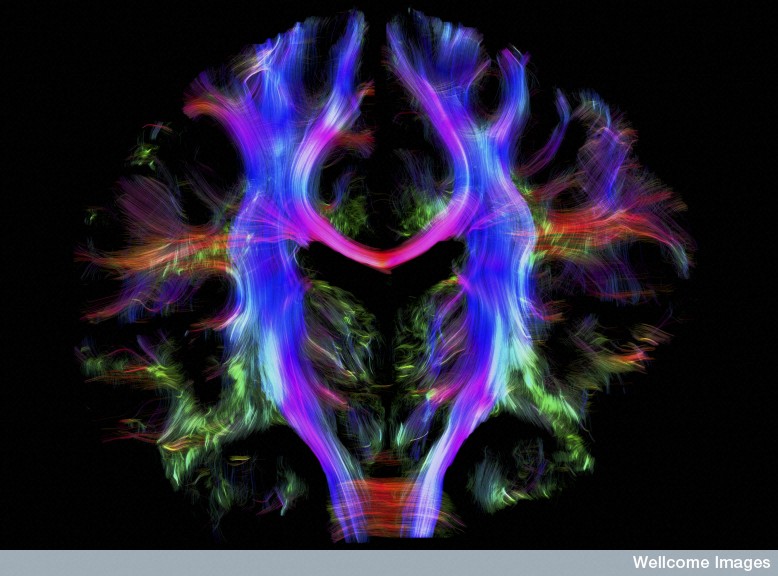 What help can people of faith receive from neuroscience? This was the question that Revd Dr Alasdair Coles asked in his lecture at the Faraday Institute last week. Alasdair works in Addenbrookes hospital, Cambridge, both as a neurologist and as a hospital chaplain. He brought both these perspectives to his talk, which I will summarise here in my own words.

The Bible emphasises the importance of making decisions in groups, consulting wiser people, taking time over decisions, and testing experiences – but what does science have to say about this?

Neuroscientists know know that the information in our brains actually feeds back to our sensory organs, to modify what we feel. So our eyes or ears may be seeing or hearing things that are not actually there – but our brains are telling us that they are. In a sense, beliefs are a normal part of the functioning of our brains.

Beliefs are also normal because our brains do not tell the difference between different types of knowledge.

The brain is also easily manipulated, or vulnerable to outside influences. In one study, judges made harsher decisions in the time leading up to their breaks, or the end of the day. In another, students who had experienced chemical-induced mystical highs remembered these experiences as some of the most important in their lives. Other researchers have shown that we can deceive ourselves, claiming responsibility for movements that actually came from electrical stimulation.

For Alasdair, all this Biblical and scientific information reminds him that he is not infallible. He tries not to make judgments too quickly, to be open to criticism, and to remember that he might be wrong on some things.

As we get older, we might be tempted to think that our behaviour becomes more predictable, and we can no longer change – but that isn’t true. Our brains do begin to find change harder over time, but regular training will help us to learn new things or improve in certain areas. A study of music teachers and professional musicians, found that practice increased the volume of certain areas of the brain.

It may not be easy, but the brain can change even in adulthood. A lot of behaviours that we practice today will become automatic later on, as actions become so familiar that they become unconscious. Again, the Biblical perspective emphasis a similar point – that a life of faith is like running a race, and involves training and perseverance.

Most people’s brains are capable of experiencing something that could be called numinous – a feeling of the presence of something ‘other’ which might be perceived as a divine being. These experiences are mediated through a part of the brain called the temporal lobe. People who suffer from a type of epilepsy that involves temporal lobe seizures can sometimes experience more overt numinous feelings as part of their illness. Despite these outliers, it’s helpful to know that numinous feelings are normal for a healthy brain – most people may have experienced them, wherever they come from in the world. What these experiences mean is of course open to more than one interpretation, including the existence of God.

Different groups of scientists have attempted to understand the way we communicate with God. One study looked at which parts of the brain are involved in the perception of emotion, involvement with, and knowledge of both people and God. The results indicate that we use the same brain pathways to think about God as we do about our friends and family.

Another study compared people praying freely, making a wish, praying the Lord’s prayer, and reciting a nursery rhyme. They found that repeating well-known words used similar brain pathways, and that speaking freely (whether to God or a human being) also used similar pathways. For Alister, the findings of these two studies are encouraging because Christians believe in a God who is personal – to the point of becoming one of us, Jesus Christ.

Faith and the brain

So our brains are built on beliefs and hypotheses, whether those beliefs are scientific or religious. Everything we do – our immediate movements, thoughts and beliefs or religious experiences – arise from our brains. We may feel free to think, but that freedom is constrained by our brains and bodies – although we can mould our brains by training.

What does all this say for the person of faith? We can definitely be reassured that there is nothing especially vulnerable about our faith from a biological point of view. Any power we have over our minds through self-discipline or awareness of our weaknesses will not only enable us to think in a scientific way, but it is also applicable to our faith.

We can also say that and spiritual experiences that may be important to us are not the product of a sick or unusual mind, but are accessible to every human being with a healthy brain. The scientific data itself cannot tell us whether God exists or not – for that we must go go beyond science into the realm of philosophy or theology. As a scientist and a person of faith, Alasdair is more than happy to be part of that discussion.

The full recording of the talk will be posted on the Faraday Institute website in the coming weeks.