Alasdair Coles is an academic neurologist in Cambridge, UK, whose primary research interest is in the immunology and treatment of multiple sclerosis. He is employed by Cambridge University and has a small research team managing clinical trials and doing human immunological laboratory work. He also does clinical work for two days a week as a consultant neurologist at Addenbrooke’s and Peterborough Hospitals. He is a medical adviser to the Multiple Sclerosis Society of the UK, and advises several pharmaceutical companies. He was scientific adviser and contributor to ‘Here’s Johnny’ (a Wellcome-funded documentary about the effects of multiple sclerosis on graphic artist, Johnny Hicklenton), winner of two Grierson awards in November 2008.

He was ordained priest in the Church of England in 2009 and is now a minister in secular employment at Addenbrooke’s Hospital.

Prof. Coles has also done some research on the neurological basis for religious experience, stemming from managing a small cohort of patients with spiritual experiences due to temporal lobe epilepsy and he has given invited lectures on this subject at the Department of Theology, Liverpool Hope University, in 2003, and the Department of Religious Studies, Calgary University. He is now engaged in a study, funded by the Templeton Foundation, of the spirituality of people with neurological disease in Cambridgeshire and is editing a book on religion in neurological disease for Cambridge Univesity Press. 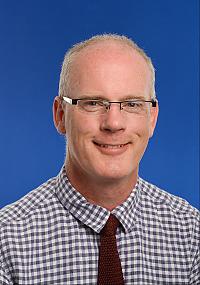