Project title: ‘The Sea in Scripture’

As the ocean covers approximately 71% of the surface of the Earth it is arguable that we live on a water planet that should be called the Ocean. The ocean is the habitat for an amazing range of living organisms, from microscopic bacteria, phytoplankton (miniscule plants) and zooplankton (miniscule animals) through to the largest mammal on Earth, the blue whale. Human beings have used the ocean as a resource for thousands of years. Fishing provides a significant fraction, about 16%, of the total animal protein eaten by humans globally, with this percentage being higher in some nations, often the poorer ones. The oceans are also a crucial part of the climate system with the large-scale ocean circulation (currents) re-distributing vast amounts of heat across the globe. Despite this surprisingly little has been written on the ocean from a biblical perspective. This project is unique in that it addresses this neglected area (the oceans) from a biblical point of view, and because it is an interdisciplinary collaboration between a biblical scholar (Dr Rebecca Watson) and an oceanographer (Prof Meric Srokosz).

This project has been funded by the Issachar Fund. 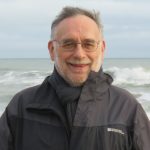 Talks given by Prof. Meric Srokosz as part of the ‘Blue Planet, Blue God’ course, September 2019

Caring for the Oceans 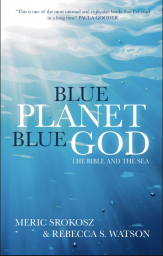