On Monday 9th May Prof. Tom McLeish FRS will be speaking at The Faraday Institute/CiS Public Lecture entitled: “Science – Beauty – Theology: A Virtuous or Vicious Trinity?”

He will be joining us in person, at the Queen’s Building Lecture Hall, Emmanuel College, Cambridge. All attendees are kindly requested to be seated by 17:45pm.

Abstract: Beauty, and aesthetics more generally, have had a bumpy ride during the 20thC and since, partially because of their implicitly theological resonances (described in Hans Urs von Balthasar’s locus classicus and later by David Bentley Hart and others). Outside theology, post-modern humanities had largely relativised and deconstructed beauty, until the recent ‘Recovery of Beauty’ movement.

At first, it seemed as though the sciences would offer a natural and steady refuge – the great British quantum physicist Dirac famously elevated beauty above experimental agreement as a judge of theoretical physics – but more recent voices, such as quantum relativist Sabine Hossenfelder, have declared aesthetics to be a false friend to physics.

How do we mend the broken bonds between the sciences and the arts/humanities, especially when both are ambivalent at best about aesthetics? Does making a trinity with a practiced and confessional theology help, or hinder any healing? I suggest one approach to these questions through a theology of the scientific imagination glimpsed, surprisingly and over a century ago by the writer and source of inspiration to both C.S. Lewis and J. R. R. Tolkien, George MacDonald. 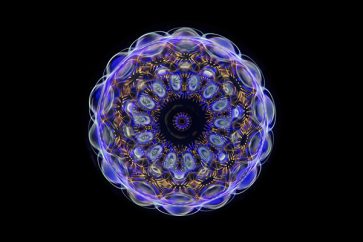