Tom McLeish, FRS, is Professor of Natural Philosophy in the Department of Physics at the University of York, England, and is also affiliated to the University’s Centre for Medieval Studies and Humanities Research Centre.

His scientific research in ‘soft matter and biological physics,’ draws on collaboration with chemists, engineers, and biologists to study relationships between molecular structure and emergent material properties, and was recognized by major awards in the USA and Europe. He currently leads the UK ‘Physics of Life’ network, and holds a 5-year personal research fellowship focusing on the physics of protein signaling and the self-assembly of silk fibres. He wrote a short lay introduction to the field, Soft Matter – A Very Short Introduction (OUP 2020).

Other academic interests include the framing of science, theology, society and history, and the theory of creativity in art and science, leading to the recent book The Poetry and Music of Science (OUP 2019). He co-leads the Ordered Universe project, a large interdisciplinary collaboration re-examining scientific treatises from the 13th century. He has also contributed to the philosophy of emergence (including the recent Routledge Handbook of Emergence 2019).

Two recent books, Faith and Wisdom in Science (2014) and Let There Be Science (with David Hutchings, 2017), articulate a theological narrative for science, and support his work co-leading (with Revd. Prof. David Wilkinson, Durham) the major project Equipping Christian Leadership in an Age of Science). This work was recognised by the Archbishop of Canterbury’s Lanfranc Award in 2018. Dr. McLeish has been a Reader in the Anglican Church since 1995, in the dioceses of Ripon and York. From 2008 to 2014 he served as Pro-Vice-Chancellor for Research at Durham University, from 2015 to 2020 as Chair of the Royal Society’s Education Committee. He is currently on the Royal Society’s Council, and is a trustee of the John Templeton Foundation.

Book Chapters and Articles (Theology and Ethics of Science)

Tom McLeish, ‘Evolution as an Unwrapping of the Gift of Freedom,’ Scientia et Fides, 8(2), 43-64 (2020)
McLeish T.C.B. (2020) Beyond the ‘Book of Nature’ to Science as Second Person Narrative: From Methodological Naturalism to Teleological Transcendence. In: Fuller M., Evers D., Runehov A., Sæther KW., Michollet B. (eds) Issues in Science and Theology: Nature – and Beyond. Issues in Science and Religion: Publications of the European Society for the Study of Science and Theology, 5. Cham: Springer, pp. 131-142
Tom McLeish, ‘Beyond Barbour: A Theology of Science from ancient and modern thinkers’, in Science and Religion in Education eds. Billingsley, Berry, Chappell, Keith, Reiss, Michael J., Springer (2019)
Tom McLeish, ‘The Science and Religion Delusion: Towards a Theology of Science’, in Knowing Creation – Perspectives from Philosophy, Theology and Science Eds. Andrew B. Torrence and Thomas H. McCall, Zondervan (2018) 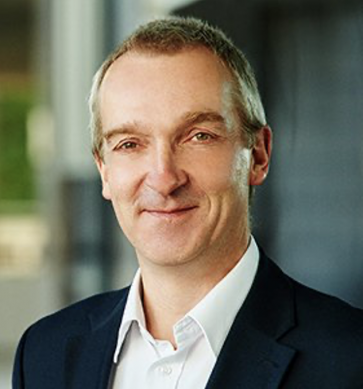