Wonders of the Living World

One of the questions I am asking at the moment is, what are the best metaphors we could use to describe the development of living things?

We are used to hearing about ‘survival of the fittest’, ‘the fruit of chance and necessity’ and ‘the blind watchmaker’. Of course there is competition and unpredictability in biological systems, but are these phrases the most representative of what is happening in every ecosystem? It is time to highlight some alternative metaphors that capture the full wonder of the processes involved in the growth and development of organisms and their communities.

In recent years, a number of people have been proposing some alternative ways of seeing the living world. For example, I have found a rich seam of new metaphors in the work of Cambridge palaeobiologist Simon Conway Morris, who has been asking whether evolutionary processes are constrained, repeatable or even predictable. He used phrases like the map of life, biological organisation, evolutionary solutions, navigating biological space, and fine-tuning. These words all suggest a rather more nuanced view of evolution than simple blind chance. 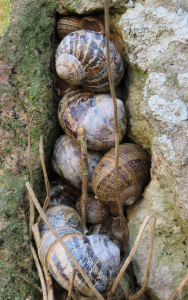 ‘Navigating’, ‘fine-tuning’ and ‘map’ suggest an intelligent process with a purpose, as do ‘solution’ and ‘organisation’. Of course metaphors can be over interpreted, and these phrases do not mean that every single molecule or organism is bent on achieving its own goal in life. Rather, this sort of language introduces the idea that the development of life on earth might be a more organised, creative process than some might think.

There are many other researchers who are asking similar questions. Martin Nowak of Harvard University has been working on cooperation, which he claims is ‘the architect of creativity through evolution, from cells to multicellular creatures to anthills to villages to cities. Without co-operation there can be neither construction nor complexity in evolution.’

Biochemist Stephen Freeland is interested in the specialness of the genetic code. He and his coworkers have found that the system of DNA, RNA and protein that is shared by every living thing is not just a ‘frozen accident’, but is far more flexible and resilient than most artificially generated alternatives.

Stories like these are fascinating simply from a scientific point of view, but they also raise more philosophical questions. Biologists have been debating whether there is progress or direction in evolutionary processes for decades. There is also the question of whether they have purpose. These are hugely controversial topics, and ones that the scientific community will no doubt be discussing for many years to come. My own view is that what we see in biology is at the very least compatible with the idea of a purposeful universe. 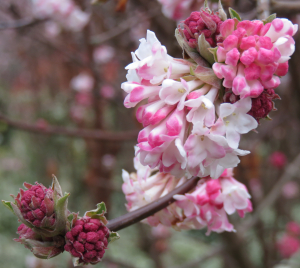 These topics and many more will be covered on the Wonders of the Living World website, with contributions from guest authors and some more general pieces about scientists who study the wonders of the living world.  I hope that this content will inspire you to enjoy the living world in new ways.