Why should a scientist be a Christian? 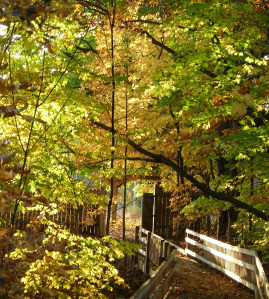 Last week I spoke to some students about why a scientist should think about Christianity. Here are my top three reasons – see what you think.

1. Science flourished in the Christian west

Science has its roots in ancient Greek philosophy, which could be described as a ‘proto-science’ involving geometry. Greek texts made their way to the Islamic world, where mathematics, philosophy and experimental science were carried out between the 8th and 16th centuries. (After this, science died out in the Islamic world for a while and scholars have not been able to agree why.) Towards the end of the Middle Ages Arabic texts found their way to Europe, were translated into Latin, and people started to do science, or ‘natural philosophy’, as it was called then. Europe in the Middle Ages was Christian, so almost all of the early scientists in Europe were Christians. And today, a good proportion of current scientists are Christians.

A number of historians and philosophers of science, Roger Trigg included, would say that science really only flourished once some of the Greek philosophical ideas about the world were replaced with theological ideas. One example is the dependence of creation on God.

Platonic philosophy says that you can study the universe by logical reasoning alone. The world we see is a reflection of a perfect world that embodies the highest ideals of reason and logic. So you can find out anything you need to know by using the principles of logic and geometry. But then along came natural philosophers who believed in a God who is in total control of matter. These early scientists realised that to find out about the world they would have to go out and investigate it. In last week’s Guardian comment is free, biologist Andrew Holding wrote that ‘Isaac Newton often stated that it was not possible to understand the mind of God, because that was beyond us; we should therefore open our eyes and investigate the world around us, rather than just philosophise.’ So theology actually informed the development of modern experimental science.

3. There’s more to life than science

Science specialises in elucidating material properties and mechanisms. In order to do good research, scientists ignore some aspects of life – including those that relate to value and meaning. But most people would recognise that while science is a useful way of looking at the world, there are other sources of meaning besides what science can prove. Most people assign value to objects, animals, people and experiences for reasons that have nothing to do with science. These sources of value or meaning have been called metaphysics, worldview, philosophy, religion or spirituality. So we need to open the laboratory door and see what’s out there.

So why Christianity and not any other sort of monotheism? (Points 1-2 would also support Judaism and Islam.) For me the answer lies in the difference that following Jesus makes to people’s lives. That’s another sort of experimental investigation. In learning about scientist’s faith journeys I have noticed that some of them actually do approach it in this way. Here are some sources of their stories.