White for Harvest: The art and science of microbes 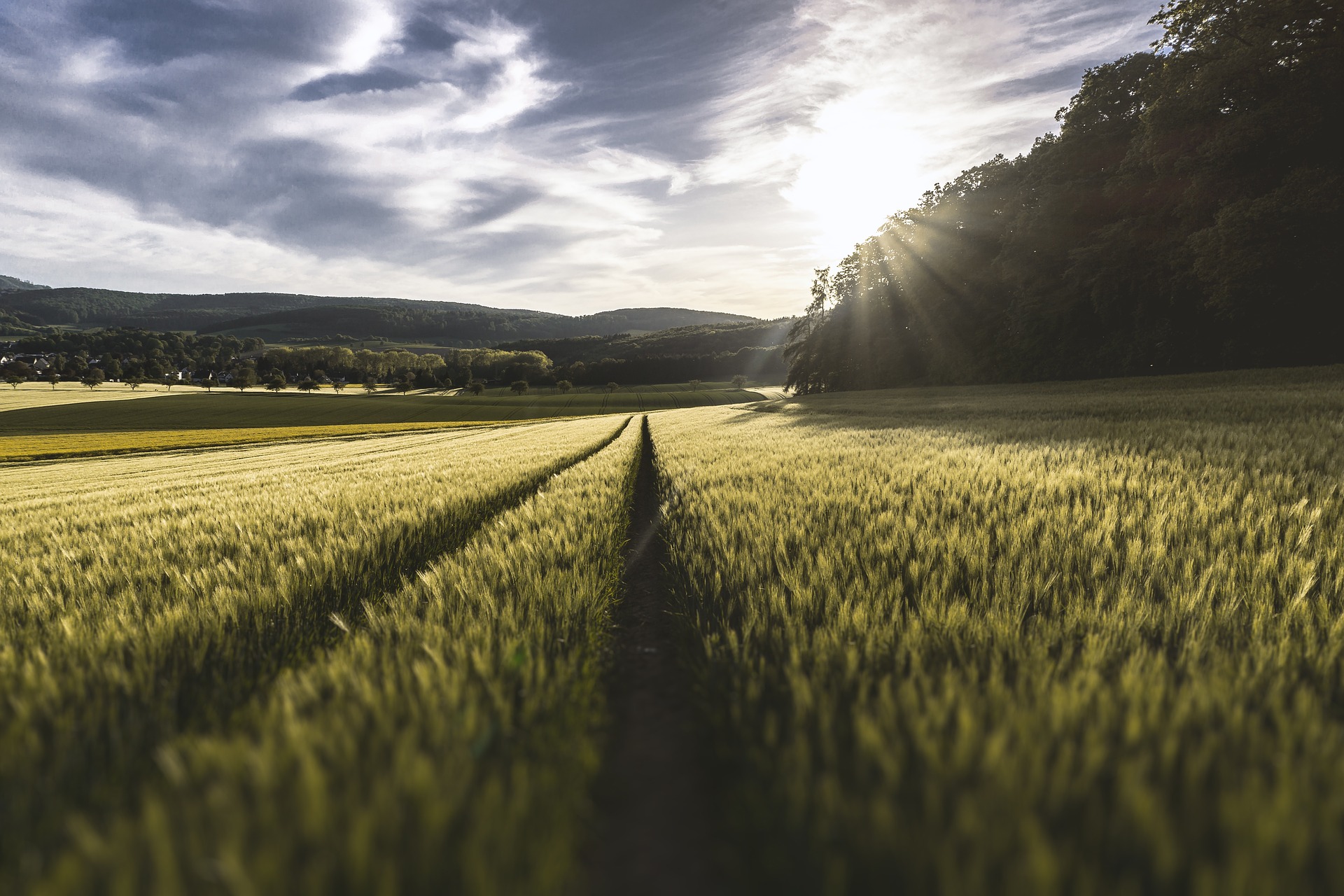 “Look at the yeast fields, for they are already white for harvest!”, wrote Dr Maria Eugenia Inda, one of the winners of the American Society for Microbiology ‘Agar Art’ contest. I’m not sure she meant anything more than to pick up a quote remembered from the Bible and subvert it for a scientific message – the “Harvest Season” of yeast knowledge – but it made me think.

Maria is a researcher from Argentina who went to a summer course at the Cold Spring Harbour Laboratory near New York. One of the organisms they studied was a species of yeast called Saccharomyces cerevisiae, which has been used by bakers, beer makers and vintners for thousands of years.

Yeast is a fungus that shares many of the basic processes which happen in other organisms, including ourselves, so it’s also very useful for medical research. It was the first organism more complex than a bacterium to have its entire genome (all its DNA) decoded. I remember the release of these data when I was at university in the 1990’s. It was a huge achievement at the time, and opened up all sorts of new avenues for research. 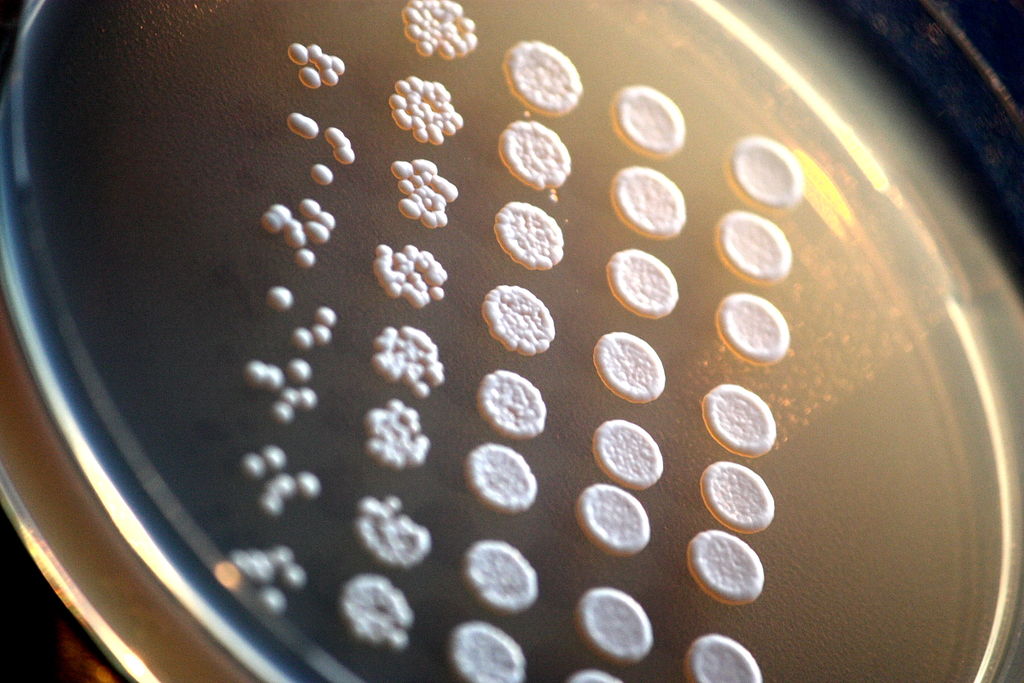 It’s easy enough to grow yeast in the lab, and is probably a bit like beer making – which I’ve never tried. If you give the cells the right nutrients and a warm place to grow, they will thrive and multiply quickly. Like us, yeast carries its DNA in a number of sections called chromosomes, but it can also contain tiny circular pieces of DNA called plasmids, which are a gift to the biologist. Plasmids can be harvested from crushed up yeast cells, then manipulated in the lab using enzymes and biochemical techniques.

The altered plasmids – perhaps containing a gene you want to know about or a factor that will affect the yeast’s biology in some way – can be reintroduced to live yeast cells, to study their effect. A quick search of the latest biology papers shows me that S. cerevisiae has recently been used to study the replication of DNA, toxicity of metals, the production of industrial waxes, and ways to control a fungus that attacks citrus fruit.

Maria’s art competition entry happened because she found herself studying some types of yeast that had been genetically engineered to produce different amounts of the natural pigment beta-carotene. With some spare time and a ready made palette of yeast colours to work with, it was easy for Maria to paint a picture on agar – the solid jelly that’s often used for growing yeast or bacteria in petri dishes. She drew a farmhouse surrounded by wheat fields, which for her was symbolic of the potential for yeast to contribute to our scientific knowledge. After some time quietly growing in an incubator, the picture was complete. In between the hard graft of setting up experiments, some art was produced. 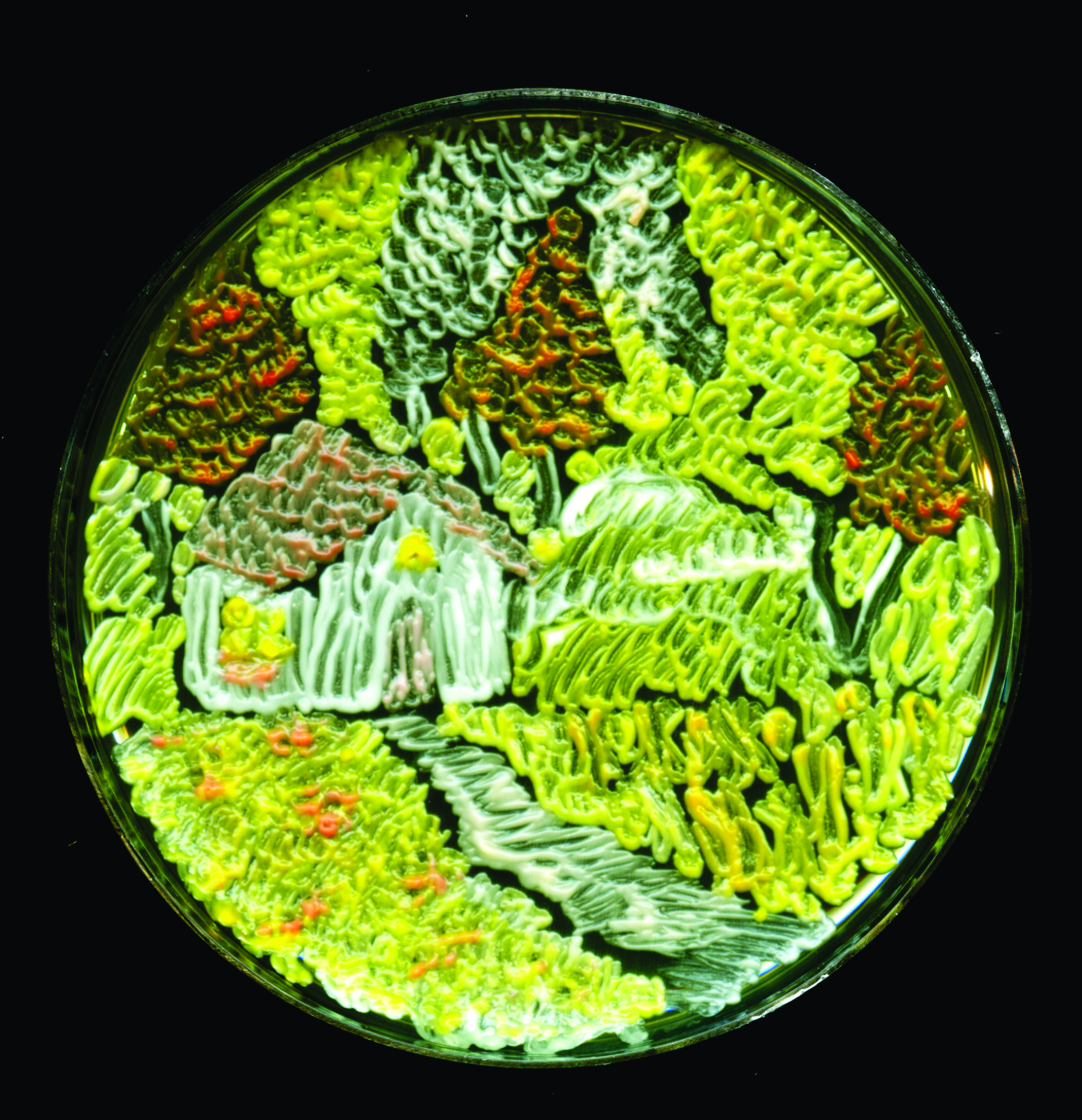 I was immediately grabbed by Maria’s use of the verse from John’s gospel, because this is how I see science. For many Christians in the lab, research is a way of using our skills to serve God. The context of the verse is about people who are seeking God, but the wider context is of Jesus establishing a new way of living. Scientists are part of that way, contributing to society, helping to heal the sick, feed the hungry, and providing new ways to worship God by showing how amazing his creation is. So when a new door opens – as happened when the yeast genome was sequenced – the fields are white for a harvest of new discoveries.