What makes us creative? 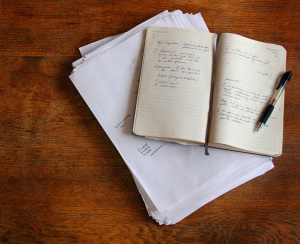 We value creativity very highly – in science and every other area of life – but what makes a person creative? Creativity is not correlated to the much-contested score of mathematical and linguistic ability, spatial awareness and memory that is IQ. It also seems that one does not inherit creativity, at least not biologically. What we do know is that creativity can be nurtured. Children who are encouraged to be creative are more likely to be creative as adults, adults are more likely to be creative in certain environments, and the people around us are a vital source of inspiration.[1]

Susan Hackwood was a department head in the famously creative Bell Laboratories, the US telecommunications industry research lab that produced seven Nobel Prizes, and is now a professor of electrical engineering at the University of California. She has taken a professional interest in the cultivation of creativity, and has contributed to the recent book, Exceptional Creativity. Her research has revealed two personality traits and two abilities that must be encouraged in order for creativity to flourish.

The first creative trait is generating ideas – not just having ideas, which is something everyone does to some extent, but being uninhibited in voicing them. The second trait is ‘autonomous personal vision’. Truth, goodness and beauty: everyone’s definition may vary a bit, but the values are there and they drive what we do. The abilities that contribute to creativity are a readiness to master new knowledge and skills, and being able to sustain intense focused effort towards a goal. So how can one nurture these gifts?  The opportunity to learn and develop self-discipline is important, but one also needs a good dose of freedom. Creativity grows in environments where conformism is not valued too highly. There is a balance to be found between behaving in a moral way and being a pleasant person to be with, and conforming rigidly to existing ways of doing things. I have found Hackwood’s analysis of creativity very helpful in all sorts of ways – particularly when it comes to thinking about one’s own creativity – or lack of it – in certain areas.

Technology can help creativity to flourish: one only need think of a kid with a digital camera, a designer with a wide screen computer, or an academic with a laptop full of notes and journal articles. But time away from gadgets – or ‘that pokey flashy thing’, as a scientific friend’s husband calls her tablet – can also help creativity. My friend told me how she was recently stranded all day in an unfamiliar clinic with no internet connection, hoping (in vain) to meet patients who were eligible for a clinical study. At first she was intensely frustrated because she couldn’t answer emails or do something ‘constructive’, but boredom soon turned to creativity. She spent some time thinking about her research, and by the end of the day had come up with a good idea for a new project.

Being free from distractions does seem to be important in creativity, and never being bored is not always a good thing. I am a firm believer in mobile technology and the paper free office, but a movement is growing in the world of technology, education and creative thinkers to encourage us to switch our gadgets off every now and again.[2] There is evidence[3] that if we let our minds wander in the queue at the supermarket instead of answering emails we are more likely to come up with good ideas later. If we allow our thoughts to drift on the morning commute or while we fold laundry instead of listening to a podcast, we might well come up with more creative solutions to problems at work. The comedian John Cleese describes this approach as making ‘a tortoise enclosure for your mind’. It might involve sacrifices like switching off the phone for a couple of hours, shutting down your email, or turning off the car radio, but it’s worth it. Creativity is a shy animal that takes its time to come out of its shell and get to work, so every now and then we need to make ourselves a calm oasis for uninterrupted thinking.

I know that a certain environment and schedule can help me to be creative, but I’m not sure how the process actually comes about. I like to work by a window overlooking a green space (who wouldn’t?), but does what I see outside directly feed into my work? I can write a blog post, plant my garden in a certain way, or come up with an idea for a new project, but I could never give a precise explanation of where any of my ideas came from. Did they arise in my brain? Were they triggered by outside stimuli? Was it important that I was encouraged to do certain things as a child?

‘Come up with’ is particularly vague. All our words that describe the activity of generating ideas and making new things suggest a kind of conjuring up from nowhere. The word ‘create’ stems from the idea of God creating ‘ex nihilo’ (out of nothing), which is a paradox when applied to humans because we are completely incapable of making anything out of nothing. So when we talk about where our ideas come from, we tend to use world like ‘intuition’ or ‘inspiration’[4], as if originality can only come from outside ourselves. I think it does, and I think there’s also a spiritual component to it. I’ll explore that in later posts, but it would be interesting to hear whether you agree with this analysis of creativity so far.