What do Christianity and science have in common? 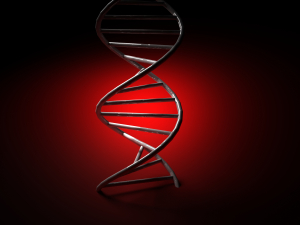 This is a cartoon of the molecular structure of DNA. Obviously no one has ever seen it – it’s too small even for the most powerful of microscopes. It was discovered by James Watson and Francis Crick (and several others) using x-ray crystallography in crystals of DNA. After their famous Nature paper was published, the science of molecular biology flourished and Watson and Crick’s model for the structure of DNA was tested in many ways. Now we have so much evidence for the double helical structure of DNA that no biologist would doubt it.

The structure of DNA hasn’t been ‘proved’. You can only prove things using maths. Science is about disproving things – narrowing down the options and getting nearer to the truth. So in a way we believe that DNA is a double helix by faith – faith that is well founded on the ‘laws’ of physics, and lots and lots and lots of reliable evidence. I’d be fairly confident to stake my life on it.

What does that have to do with Christianity? This is something that I stake my life on every day, so I’d better be sure it’s worth believing. Like science, none of the interesting questions in life, such as ‘Is that a great painting?’, ‘Does that person love me?’, or ‘Is there a God?’, can be solved mathematically. But I think there’s plenty of evidence to back up the claims of Christianity in history, archaeology, answers to prayer, the study of the Bible, and so the list goes on.

For me the most important evidence for God is the way in which he changes lives. When someone you know well becomes a Christian you have the opportunity to see whether Jesus’ claims are true – first hand. I’ve seen it happen over and over again. That’s the reason why I’m a Christian, and why I think science and Christianity have something in common.