What a star is 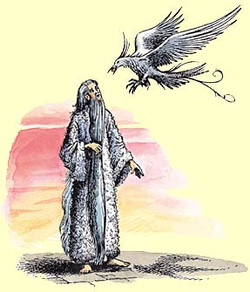 As the film of The Voyage of the Dawn Treader is about to grace our screens perhaps it’s good to point out the science-faith questions raised by this, the fifth book in C.S. Lewis’s Narnia series. Eustace spends much of his time at sea looking at only the scientific explanation for events, and I’m sure a slightly more thorough study of the book would be interesting from a science-faith point of view. But this quote has been burning a hole in my pocket since I heard it mentioned on a BBC programme about ‘The Narnia Code’ in 2009.

Here, Eustace is reminded of a great truth by Ramandu, the keeper of Aslan’s Table at the world’s end.

‘I am Ramandu. But I see that you stare at one another and have not heard this name. And no wonder, for the days when I was a star had ceased long before any of you knew this world, and all the constellations have changed.’

‘Golly,’ said Edmund under his breath. ‘He’s a retired star.’

…’In our world,’ said Eustace, ‘a star is a huge ball of flaming gas.’

‘Even in your world, my son, that is not what a star is but only what it is made of…’

From chapter 14: The beginning of the end of the world