View from the Biology Lab: Worshipping God with Science 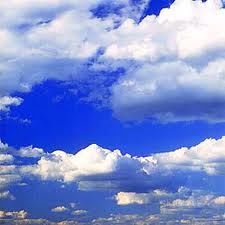 He spreads out the northern skies over empty space; he suspends the earth over nothing.

He wraps up the waters in his clouds, yet the clouds do not burst under their weight.

He covers the face of the full moon, spreading his clouds over it.

He marks out the horizon on the face of the waters for a boundary between light and darkness….

And these are but the outer fringe of his works; how faint the whisper we hear of him!
Who then can understand the thunder of his power?

As a biologist I have seen some very beautiful things. My own area of research was eye development and genetics in the small tropical ‘zebrafish’. Every developmental biologist tends to love the organism they work on, and I was no exception!

I am not the only scientist who has been awestruck by what they see at the lab bench. Many people, of all faiths or none, have had the experience of seeing new data and feeling a sense of wonder.  They may come to different conclusions about what they see and what sort of truth it points to, but the experience of wonder and spiritual awareness seems to be common to all humankind. Konrad Lorenz, a Nobel prize-winning zoologist and author of King Solomon’s Ring, said that

Every human who can become sentient to and experience joy in creation and its beauty is made immune to any and every doubt about its meaning… Close acquaintance with the beautiful precludes the erroneous belief…that only what can be exactly defined and neatly quantified is real.

From Galileo to Gell-Mann: The wonder that inspired the greatest scientists of all time, in their own words. M Bersanelli & M Gargantini (Templeton Press, 2009)

In my work at The Faraday Institute I have the privilege of meeting many scientists and hearing about their own experiences in the laboratory. John Bryant, a Professor of Cell and Molecular Biology at Exeter University, has said

‘When you’ve made a new discovery, depending on how long you take to tell people in the coffee room, there’s a period of time when only you and one or two other people know this. It’s sitting in front of you; here are some new data which nobody else has ever seen, and it means something completely new that nobody else has ever realised. You have to add to that the experience of being a person of faith and thinking, ‘I’m seeing God’s work here as I uncover these new facts.’ Being, for a short time, one of just a handful of people outside God who know that information is a real privilege. I’m not going to deny that an atheist feels awe and wonder, because they do. I think that is just increased when you realise that these intricate mechanisms you’re seeing are the work of an awesome Creator.’

[This post is an extract from a longer article, reproduced here with permission, from The Reader, Winter 2010 (Vol 107 No 4)]