Under the Bright Wings: Science, Faith and Conservation

There is a place in Portugal where people of faith use their knowledge of ornithology, botany, ecology and other environmental sciences to serve God by studying and conserving whole ecosystems. Visitors help with bird ringing, observing and recording the different plants and animals in the surrounding area, and join in with every aspect of community life.

A Rocha Portugal was the first step in founding an international organisation that is committed to scientific research, environmental education and community-based conservation projects. The group also includes the carbon offsetting scheme Climate Stewards, which partners with A Rocha Ghana.

I had heard a little about A Rocha from various sources over the years, and when I interviewed Bob Sluka for God in the Lab he told me about his involvement in the Kenya project. A former A Rocha community member recently joined the Faraday staff, so now my conversion is complete! I have just finished reading Peter Harris’s Under the Bright Wings, which is the story of how it all started. 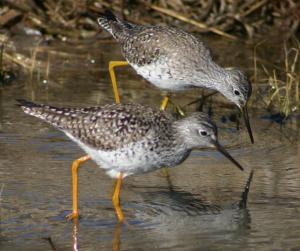 In 1983 Peter and Miranda Harris moved from Liverpool, where Peter had been a curate in the Church of England, to the Algarve. Their aim was to start a bird observatory as a place for people to study, learn to care for the environment, and experience warm and welcoming hospitality. Their hope was that Portuguese nationals would want also become involved, and that it would help the local community to prevent further degradation of the rich ecology of the Algarve and preserve their livelihoods.

As far as the Harris’s knew, no one had ever tried setting up a conservation project as a Christian venture before, so their move was a step into the complete unknown. They named their new organisation A Rocha (meaning The Rock), making use of the name of the Quinta de Rocha peninsula where they chose to base themselves, but also reflecting their belief that God is the rock upon which we build our lives.

Eventually a large old house called Cruzhina, or little cross, was bought near the estuary area of Portimao. Peter, Miranda and the others who came to work with them were determined to focus on serious scientific study and education, as well as keeping the doors open to visitors. Peter explained in his book that studying and conserving wildlife is a worthwhile vocation in itself, and there was no need for him (as an ordained priest) to go looking for more ‘Christian’ work to occupy his time.

The staff of A Rocha and its numerous visitors have published regularly both in English and Portuguese, and established the centre as a valuable contributor to ornithological and other studies. Their data have been used to support national conservation efforts, and as a result they have seen some parts of the surrounding area saved from insensitive development.

Cruzhina continues to be an important centre for scientific study and conservation, and to keep its doors open to visitors from all over the world. I will finish with an extract from the book, which speaks of the Harris’s love for the place they found themselves occupying, and their hope for its future. 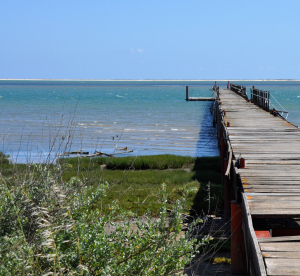 ‘When we first moved here, it took some time to appreciate the vivid, sometimes harsh, beauty of the Algarve. We were more accustomed to the pastel colours and soft contours of West Wales, and had to learn to understand the feel of the different seasons, and the more extreme character of the local environment. As time passed, we came to admire the remarkable ways that plants and birds had adapted to conditions that were quite demanding at different times of the year, and there was great joy in exploring their intricately designed survival. The down side was the real distress that we often felt at witnessing their destruction…

In any ecological study the relationships between all the different elements in the natural system are described. Christians believe, however, that there is a fundamental relationship which affects all the others even before we examine the relationships that we find between people and their physical environment. That relationship is the one between us and our Creator, and it is determinative. Our fractured relationship with God leads to the breakdown of our relationship to the world around us, and in turn to disruption throughout the ecosystem. Once restored in Christ it brings the possibility of healing in every area of life, including our environment.”