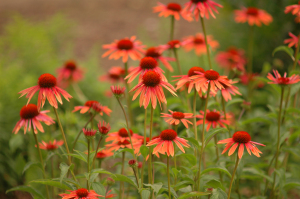 A colleague helpfully sent me this quote a couple of weeks ago. When I followed up its source I discovered a fabulous piece of writing that is of great relevance to my work, and the work of any scientist.

In Chesterton’s essay Tremendous Trifles, two boys are playing in a tiny suburban garden that consists of ‘four strips of gravel, a square of turf with some mysterious pieces of cork standing up in the middle and one flower bed with a row of red daisies’. A fairy happens to pass by in the guise of a milkman and offers the boys, who are called Paul and Peter, each a wish. Paul chooses to be a giant, roams the world in a few strides, and finds that the world is not as exciting as he had hoped.

when he came to the Himalayas, he found they were quite small and silly-looking, like the little cork rockery in the garden

He gets bored, lies down on a prairie for a nap, and has his head chopped off by an intellectual woodcutter. Peter take the opposite course, and chooses to become very small. He is immediately plunged into a vast landscape full of exciting new sights to explore.

he found himself in the midst of an immense plain, covered with a tall green jungle and above which, at intervals, rose strange trees each with a head like the sun in symbolic pictures, with gigantic rays of silver and a huge heart of gold. Toward the middle of this prairie stood up a mountain of such romantic and impossible shape, yet of such stony height and dominance, that it looked like some incident of the end of the world. And far away on the faint horizon he could see the line of another forest, taller and yet more mystical, of a terrible crimson colour, like a forest on fire for ever. He set out on his adventures across that coloured plain; and he has not come to the end of it yet.

Chesterton’s point is that we need to take time to observe our surroundings properly, or we will miss the best of what the world has to offer. I hope the link with science is obvious. Richard Dawkins often writes about how science opens our eyes to everyday wonders. In previous posts on this topic I have used quotes from his books Unweaving the Rainbow, The God Delusion, and The Magic of Reality, where he captures this sense of wonder and awe beautifully.

A scientist observes the world in great detail, and often comes to appreciate the beauty of ordinary things. In this way, the scientist has something in common with the poet or the artist.  To conclude his essay, Chesterton writes:

Everything is in an attitude of mind; and at this moment I am in a comfortable attitude. I will sit still and let the marvels and the adventures settle on me like flies. There are plenty of them, I assure you. The world will never starve for want of wonders; but only for want of wonder.