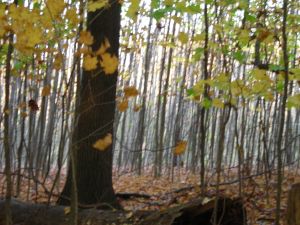 I am becoming more and more convinced that the vast majority of scientists value what one could call transcendent realities. I’m not talking about ‘religion’, which for some has negative connotations*. By ‘transcendent’ I mean experiences and ideals that are consonant with but go beyond scientific evidence: that feeling of pure joy when you find yourself discovering something for the first time; delight in the beauty of nature or scientific data; the standards we set for ourselves; or the importance we place on certain relationships.

I think nearly everything that’s fun in life has the potential to get a scientist talking like a mystic. For example, a cell biologist wins a new grant to study a tiny protein involved in signalling pathways, and she starts speaking about getting closer to the truth. A neurologist studying a particular sensory experience understands the neural mechanism but not how the individual perceives it, and he becomes interested in the ‘hard problem’ of consciousness. Or a developmental biologist is expecting her first child, and suddenly embryology takes on a whole new meaning.

The theologian and former biochemist Alister McGrath has written about transcendence and human perception his book The Open Secret: A New Vision for Natural Theology. The sorts of experiences that might be labelled as ‘transcendent’ include a sense of ‘the numinous’: a significant feeling of being part of something ‘wholly other’. There’s also the transient, almost mystical sense that one has grasped a deep truth about the unity of reality. Perhaps more common is the moment of ‘epiphany’, the unexpected and fleeting glimpses of clarity that so fascinated James Joyce.

Our search for meaning and moral guidance, as well as our aesthetic enjoyment of the world, draws on what might be termed ‘transcendent ideals’. The novelist and moral philosopher Iris Murdoch spent much of her career defending the reality of the transcendent ideal that we strive to meet in our search for ‘The Good Life’. Roy Bhaskar, who developed the concept of ‘critical realism’ that is so central to modern philosophy of science, was convinced that the aim of science is to discover an objectively knowable reality. Even John Dewey, one of the founders of pragmatist philosophy, thought that a transcendent ideal emerged through our interaction with nature.

In spite of everything, we keep on talking about God.

But, as McGrath points out, epiphany doesn’t necessarily equal theophany. Murdoch did not believe in God, and neither does Bhaskar. Looking at nature, you will most likely end up with a set of values or experiences that depend on the personal schema that guides your thoughts. If there’s an objective reality out there, the only way to discover it is by investigating the claims of different belief systems to see what matches reality in the most satisfying way**.

I think that the majority of scientists do have transcendent ideal and experiences, and a sizeable proportion would self-identify as belonging to a faith tradition. But I’m interested to find out, is my evaluation too sweeping a generalisation? What’s your experience?

*It does for me at times too. The word ‘religion’ has a number of uses, and is often used to refer to sets of rituals or other external factors that may or may not have anything to do with a real experience of God.
**Realistic for me means looking at what actually happens in life, and not being gripped by cultural dogma, eg. The ‘natural-supernatural’ divide accepted by many or most in the West.