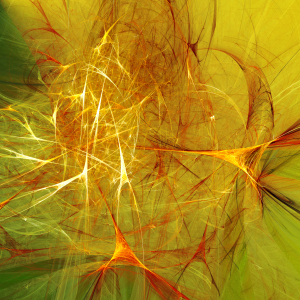 Wonder can be one of the biggest drivers for a scientist, whatever their beliefs might happen to be. I have recently been reading the work of John Polkinghorne. He writes that, for him, wonder points to something beyond science.

Revd Dr John Polkinghorne, KBE was a particle physicist, and Professor of Mathematical Physics at Cambridge University. He had always been active in his Christian faith but when he reached his mid-forties he decided that he’d “done [his] bit for physics”, resigned from his university position, and began a second career in the Church. After a number of years as a parish priest he returned to the academic world and made a significant contribution to the field of science and religion, something he has continued to do long after his retirement.

Polkinghorne is well acquainted with the deeper sense of wonder that comes through an in-depth study of science. He is amazed that our minds and the tools we use in science are capable of making sense of things. In other words, the universe is intelligible, and he feels a deep sense of gratitude for this fact. He writes that, “Science is privileged to investigate a universe that is both rationally transparent and rationally beautiful. Scientists frequently speak of the experience of wonder as the reward for all the weary labour involved in their research.”

Some scientists embrace a philosophy that says everything can be reduced to atoms, but Polkinghorne disagrees. He argues that science cannot stand on such a simplistic foundation. He goes on to describe how the equations many physicists find so beautiful “describe a true aspect of reality”. The universe has “become aware of itself” – conscious beings have emerged – and not only that, we can enjoy that awareness.

Polkinghorne believes that beauty and wonder are not a construct of our imaginations, but are real experiences. For him, these are signs that our world is “suffused with value”. Science is an enterprise that “calls for judgments of value” as researchers look for “elegant and economic theories”. These values cannot be accounted for by the movement of atoms alone – there are other levels of reality that are important besides the purely physical.

So if we live in a “multi-layered reality”, then what ties those layers together? Polkinghorne’s answer is that they reflect different aspects of God’s character: his rational mind, his joy in creation and his goodness. “You could say that the universe is a world shot through with signs of mind and, as a theist I think that it is indeed the mind of God that is revealed to us in this way.” Some physicists have searched for a ‘Grand Unified Theory’, or ‘Theory of Everything’. Polkinghorne says that “I actually believe that the grandest Unified Theory, the true Theory of Everything, is provided by belief in God.”

Sources“Is, Ought and Wonder” in John Polkinghorne, Beyond Science: The Wider Human Context (Cambridge University Press, 1996) John Polkinghorne, “Physics and Metaphysics in a Trinitarian Perspective”, Theology and Science 1 (2003): 33-49“The Faith of a Physicist” in Ruth M. Bancewicz, Test of FAITH: Spiritual Journeys with Scientists (Paternoster, 2009; Wipf & Stock, 2010)Also highly recommendedJohn Polkinghorne, From Physicist to Priest (SPCK, 2007)