The Spirituality of Scientists 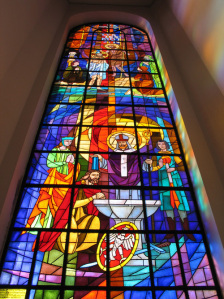 Last month I wrote about sociologist Elaine Ecklund’s survey of American scientist’s beliefs. One interesting result of this survey was that a large proportion of scientists considered themselves to be ‘spiritual’*.

Ecklund and her team predicted that elite scientists in the US would be largely irreligious, and that ‘they would eschew the fuzzier forms of religiously eclectic spirituality which have become common in the general population.’ What they found was quite the reverse: that many scientists (including 20% of atheists) considered themselves ‘religious’, and 70% considered themselves ‘spiritual’ in their beliefs, experiences and practices.

Many of the scientists surveyed saw their spirituality as a personal journey of discovery, a sort of ‘meaning-making without faith’ similar to science. There was a rejection of religion, which was seen as dogmatic, judgmental, controlling, involving believing things without evidence, and incompatible with science.

These spiritual scientists didn’t want to compartmentalise their lives – in fact that’s probably impossible in such an all-consuming career. They valued aesthetics, and for some their spirituality flowed directly from their work. Their experience of making sense of complex systems and grasping something of the immensity and great age of the universe gave them a strong sense of awe and wonder at the natural world. There was a sense of mystery; a belief that there is something transcendent that cannot be explained using the tools of science, perhaps similar to the Eastern religious traditions. Their spiritual values often motivated these scientists to spend more time teaching so their students could share the same experience, to choose what they saw to be more worthwhile fields of research, or to change their behaviour outside of the laboratory. Overall the picture is that these US-based scientists are defying the usual social categories and pioneering a new approach to religion. Einstein appears to be a role model here, in his belief in a meaningful force beyond our understanding but rejection of organised religion.

In response to this data part of me wants to spend time explaining a few things: what Christian theology is actually about; that faith in God can be defended rationally (though that’s not the whole story); that we all exercise a great deal of faith every single day in our human relationships; and that science involves certain assumptions that at times amount to faith. The other part of me is excited that a good proportion of scientists in the US** share my experience of wonder at the processes that science reveals. There’s definitely the potential for some very interesting conversations here.

*You can find Ecklund’s paper on this data here.