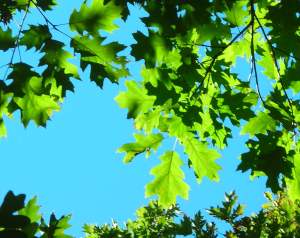 I have heard the naturalist John Muir quoted in the past, but have only recently discovered what a fabulous writer he was.  I am reading a selection of Muir’s writings called Journeys in the Wilderness (Birlinn).

Muir is an interesting guy, hugely talented in many areas: helping his father to carve a farm out of the Wisconsin wilderness, creating huge clocks out of wood, teaching himself enough of the high-school curriculum to qualify for university, and studying botany and geology (he never completed his degree) before setting off into the wildest parts of North America. It seems that he abandoned traditional Christian faith. Sadly, his exposure was to a rather dour Scottish Presbyterian brand of Christianity, and his very religious father opposed science and failed to encourage his quite exceptional talents. Instead, Muir learned to worship God through nature.

Muir’s delight in the beauty of nature is infectious, and inspired me to observe and enjoy my surroundings more acutely during my (almost) daily walks on a recent trip to the US. The enthusiasm in his book ‘My first Summer in the Sierra’ actually becomes rather wearing – everything just seems too perfect – but I think that simply reflects his excitement at encountering true wilderness for the first time.

This extended quote about a shepherd exemplifies Muir’s detailed observation and appreciation of nature, but also displays his great sense of humour and interest in (and tolerance of) people. It takes a born naturalist to go to such pains in describing a revolting old pair of trousers – and to even find beauty in them!

Following the sheep he carries a heavy six-shooter swung from his belt on one side and his luncheon on the other. The ancient cloth in which the meat, fresh from the frying pan, is tied serves as a filter through which the clear fat and gravy juices drip down on his right hip and leg in clustering stalactites. This oleaginous formation is soon broken up, however, and diffused and rubbed evenly into his scanty apparel, by sitting down, rolling over, crossing his legs while resting on logs, etc., making shirt and trousers water-tight and shiny. His trousers, in particular, have become so adhesive with the mixed fat and resin that pine-needles, thin flakes and fibres of bark, hair, mica scales and minute grains of quartz, hornblende, etc., feathers, seed wings, moth and butterfly wings, legs and antennae of innumerable insects, or even whole insects such as the small beetles, moths and mosquitoes, with flower petals, pollen dust and indeed bits of all plants, animals and minerals of the region adhere to them and are safely embedded, so that though far from being a naturalist he collects fragmentary specimens of everything and becomes richer than he knows. His specimens are kept passably fresh, too, by the purity of the air and the resiny bituminous beds into which they are pressed. Man is a microcosm, at least our shepherd is, or rather his trousers. These precious overalls are never taken off, and nobody knows how old they are, though one may guess by their thickness and concentric structure. Instead of wearing thin they wear thick, and in their stratification have no small geological significance.

Put that in your Christmas sermon!