The Motivations of Scientists: Harvey McMahon 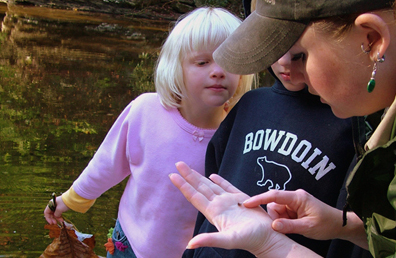 People are attracted to science for a variety of reasons. These might include fascination, the satisfaction of meeting a challenge or the privilege of discovery, as well as more mundane factors such as the opportunity to work with your hands or have a very varied schedule. Inspiring and supportive family or teachers also play a large part in developing our curiosity about the natural world.

Harvey McMahon, a neurobiologist at the Laboratory of Molecular Biology in Cambridge, is interested in how things work. Of course he wants to understand disease processes, but when I interviewed him he explained that “when you operate at the level of molecules you need to focus on smaller details most of the time”. There is also pride in good craftsmanship. At a day-to-day level, biology is often very mundane: cutting and pasting DNA, making solutions and growing cells or bacteria – and Harvey really enjoys that work.

On some days a scientist’s main achievement in the lab might be following a recipe or method correctly – not being too hasty and spoiling it, or getting distracted and missing out a step. The long-term goal is what other people are interested in, so you have to be very self-motivated and enjoy your work in order to get through enough routine days before you can find out something significant. Harvey said that “you have to be interested in every individual step, it’s not just the final result that you are interested in.”

The rewards for doing science range from the utilitarian – solving problems or gaining useful knowledge – to the spiritual. Some professional scientists have experiences that are compatible with, but in a different category to scientific descriptions: that feeling of pure joy when you find yourself discovering something for the first time; delight in the beauty of nature or scientific data; the ideals or ethical standards we set for ourselves; or the importance we place on certain relationships. For a person of faith, there also is the added pleasure of knowing that you are studying the creator’s work.

Perhaps scientists are all a little crazy (who would put in the hours otherwise?), but they’re definitely not identical in other ways. Behind every piece of research is a team of people representing different faiths and belief systems. Physical data is central to the practice of science, so although someone’s worldview will no doubt inform their behaviour or the research subject they choose, it is easy enough for people of different faith backgrounds to work together in the lab.

Harvey is a Christian because he saw that type of faith lived out around him as a child. He counts himself fortunate to have had good role models in the family he was brought up in. He believed in God from very early on, and found the way his Christian relatives lived very attractive. Of course it’s very difficult to live a consistent life, and we are not perfect people. Harvey certainly saw that in his family, but at least they understood their failings, and there were no double standards. He simply wanted to be like these people, rather than copying his friends.

When he is working, Harvey experiences the awe and wonder that many scientists talk about. He also feels that God is with him in his work. He said, “I believe God is genuinely interested in me, and that when I do my work I am reflecting something of what he has allowed me to do. That’s not just a passive process as in he permits me to discover how his creation works, but it is also something God actively shows us.”

“People often ask me, ‘How on earth do you end up with such high productivity from such a small lab?’ I will reply that I believe God has allowed that to happen – it’s not just by chance. The things we have worked on God delights in, and he delights to show his people. At the end of the day, it’s quite a spiritual experience doing science.”

This post is based on an extract from Ruth Bancewicz’s book God in the Lab: How Science Enhances Faith (Monarch, January 2014), used with permission.