The Heavens Declare: Natural Theology & the Legacy of Karl Barth 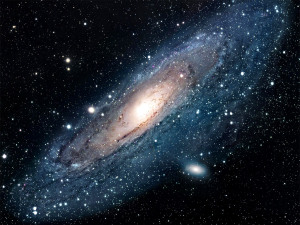 Natural theology is what we can discover about God outside of ‘special revelation’ (which for Christians is mainly the Bible and the person of Jesus Christ). If you are itching to add to or clarify this one-liner you’re not alone, because so many scholars have addressed natural theology that one could easily convene a very large international conference to address the issue of definitions alone. The influential Swiss protestant theologian Karl Barth famously rejected natural theology because it was a human-led enterprise that distracted from God’s revelation of himself, and many others have followed suit. But was Barth throwing the baby out with the bathwater? Faraday Course Director Revd Dr Rodney Holder has recently written about the work of Barth and a number of other theologians who were either influenced by or responded to him. Rodney Holder is a cosmologist who swapped science for theology and church ministry, and soon found himself writing on science and faith.  His personal interest is in the evidence for God from cosmology, and his critique of Barth and later theologians is fascinating. In his book ‘The Heavens Declare: Natural Theology & the Legacy of Karl Barth’ (published this month), Holder looks at five theologians and their approach to natural theology. They are: Karl Barth, Dietrich Bonhoeffer, Wolfhart Pannenberg, Thomas Torrance and Alister McGrath. Barth was passionate about returning theology to its roots. He focused on God’s revelation of himself in Christ, and rejected any other source of knowledge. The problem was that Barth failed to recognise the need for external verification of beliefs and left himself open to accusations, by Bonhoeffer and others, of isolating theology from rational debate. Bonhoeffer interacted more with science in his theology, and recognised the importance of engaging with the world.  Pannenberg took this further, and held that a dialogue with the sciences was essential for theology, and vice-versa.

If the God of the Bible is the creator of the universe, then it is not possible to understand fully or even appropriately the processes of nature without any reference to that God.

Wolfhart Pannenberg, Towards a Theology of Nature, 1993

Thomas Torrance, the Scottish theologian responsible for bringing Barth’s work to the English speaking world, takes a position somewhere between Barth and Pannenberg. He suggested that a ‘theology of science’ might be more appropriate, and preferred to explore scientific ideas within a theological framework. Finally, McGrath has endeavoured to rescue natural theology and redefine it in a way that satisfies both evangelical scholars and serious scientists. One of the points that Holder stresses in his book is that Christians should be able to defend their faith without recourse to Christian texts or traditions, and that scientific evidence is an important part of that defence. I agree. There’s no point believing in something that can’t be verified in any way by external sources. I do think, though, that there’s a very important place for the thought experiment approach that McGrath puts forward in many of his writings. If God exists, and if he really did reveal himself in the person of Jesus Christ, then what we see in the world should make the most sense in the light of Christian theology.  I think it’s important to move as quickly as possible from examining evidence for the existence of God to imagination (or thought experiment) and real-world experience. It’s only then that we find out what’s actually out there, and can have the most useful dialogue.