The Fascination of Science 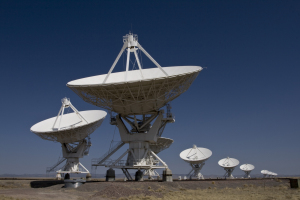 Photo from Test of FAITH. © The Faraday Institute

The physicist Ernst Mach didn’t believe in wonder. He thought it was the preserve of children and the ignorant, and that proper scientific discovery would reveal the true nature of all surprising phenomena. Of course reducing astonishing events to mere calculations can lead to disillusionment, but Mach thought that was a necessary part of science. Einstein disagreed. He thought the most surprising and fascinating thing about the natural world is that we can make sense of it. A scientist might start with a jumble of data, but after some patient sorting and calculating they notice a pattern: maybe a mathematical description or a link between one process and another. To discover that pattern for yourself is stunning – it was there all along, just waiting to be found.

Olaf Pedersen was a well-known Danish historian of science, but he began his working life as a science teacher. In his essay, ‘Christian Belief and the Fascination of Science’, he describes two very different lessons which demonstrate the fascination of scientific discovery. In the first, rather unsuccessful lesson he followed the textbook. He described the ‘specific gravity’ (a measure of density) of lead to his class of eleven year olds, then gave them pieces of lead to weigh and measure. Of course Pedersen’s students weren’t able to weigh and measure with absolute precision, so they failed to come up with the exact figure for the specific gravity of lead quoted in the book. They became discouraged and lost interest.

Pedersen realised that to make his lessons interesting he needed to turn them inside out. So the next time he taught specific gravity he first gave out pieces of lead and asked his class to weigh and measure them. The students entered the results in a table on the blackboard, and started doing calculations. They multiplied, added and subtracted, but the only result was nonsense. Eventually they divided mass by volume and started getting remarkably similar numbers for the different samples of lead. The children were fascinated and began to ask questions – the perfect opportunity for Pedersen to explain specific gravity.

Of course Pedersen’s class could have found out the specific gravity of lead by looking it up in a textbook, but their fascination was not about original discovery in itself. For these children and for many (or all?) scientists, the fascination of science is in finding a simplicity or harmony that was ‘out there’ but unknowable without a certain sort of investigation. And the idea of discovering something that was already there seems not to be depressing, but a source of delight.

one is almost scared by the simplicity and harmony of those connections which nature suddenly spreads out in front of you and for which you were not really prepared. At such a moment one is possessed by a feeling which is completely different from the pleasure one feels when one believes that a piece of physical or intellectual handicraft has been successfully achieved.

A scientist might feel as if they have invented something, but the experience is more like making contact with a reality that was previously inaccessible. Astronomer Edwin Hubble described this process of scientific discovery in almost spiritual terms.

sometimes, through a strong, compelling experience of mystical insight, a man knows beyond the shadow of doubt that he has been in touch with a reality that lies behind mere phenomena. He himself is completely convinced, but he cannot communicate the certainty. It is a private revelation. He may be right, but unless we share his ecstasy we cannot know.

This is a rather roundabout way of saying that all scientists are ‘realists’ – that they believe there is an objective reality that can be discovered. But Pedersen goes on to say that the experience of discovery is usually more powerful than that, and the language often used by scientists is of receiving a gift.  A gift implies a giver, and though Pedersen is reluctant to say more, the theological connection has been made.

I am intrigued by Pedersen’s logic, and wonder whether the language of giving really is important for many scientists, or if it is the preserve of a few more mystically inclined individuals?