The Eager Gene, and the Symphony

I recently heard a new metaphor for the gene. Although this phrase was coined by a physicist*, I think it’s an interesting one. The concept of ‘The Eager Gene’ comes from Andrew Steane, Professor of Physics at Oxford University, in his book Faithful to Science.

Steane writes that “Genes are, of course, inanimate molecules, having no eagerness or moral capacity, but their behaviour is a bit like that of young children before they reach moral maturity: they eagerly assert themselves, saying, ‘Me, me, me’.”

The analogy Steane uses for his gene’s eye view of the world is a scene in the animation Shrek where the character ‘donkey’ (with a voiceover provided by comedian Eddie Murphy) hears that someone is looking for a volunteer. Before he finds out what he is letting himself in for, donkey starts bouncing around to get himself into view, shouting “Pick me! Pick me!” Murphy’s character is incredibly annoying but also hilarious at the same time, perhaps because we as adults have simply found subtler ways of doing exactly the same thing. 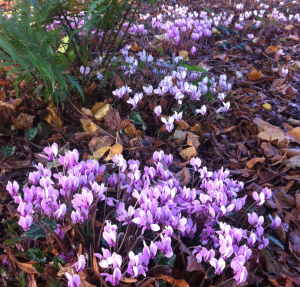 From the point of view of an individual gene, if it helps its host organism in some way – if it does something that enables it to have more offspring, and more of those offspring survive to have offspring – then the gene itself also survives in the bodies of many organisms. So like donkey, if the gene is ‘volunteering’ to do something that it can actually do in a useful way, it will flourish alongside its host. It will ‘go forth and multiply’.

The eager gene captures a basic concept in molecular biology, and provides a helpful contrast to the selfish gene metaphor that we hear so much about. Beyond this simple scenario, however, we need to use a different metaphor.

Genes do not act alone, so the analogy of the eager gene breaks down once you get into the details of cell biology. The concept of discrete genes is also rather out-dated. Genes are part of a complex web of overlapping interactions, working together in a specific environment to make an organism grow and develop. As Steane has said, they are like the different instruments in an orchestra. Some are silent much of the time, while others hammer, blow or scrape away. All are listening and responding to each other as they follow their individual parts of the whole score.

So perhaps as well as the eager gene, we could talk about the symphony of the genes? In his book The Music of Life, another Oxford professor Denis Noble expands on this metaphor, explaining how the essential processes of life extend way beyond the genome. 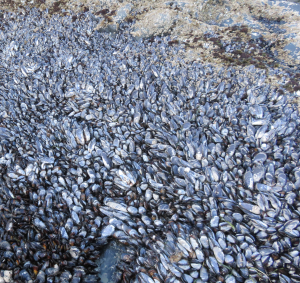 The eager gene metaphor, as Steane points out, misses out another important part of the picture. Chunks of DNA can never be moral agents. Neither are we controlled by our genes. Where less sentient animals may be more at the mercy of the symphony of their genes, we can make moral choices. In other words, human beings can, on the whole, decide whether or not they want to have offspring, and how many.

Does that make each one of us the conductor of our own symphony? Far from it! I can no more control the activity of all my genes than I can control the traffic on the roads of Cambridge. What I do with my body and what I feed it affects many of my genes, but the detailed processes going on in my cells are more automatic than breathing. I cannot decide how the score should be interpreted, tell off the oboes for coming in on the wrong cue, or send the second violins off to practise the part they can’t play. Perhaps that makes me the arts council that pays the orchestra and helps to determine what musical direction it takes, but I feel that metaphor is too odd to be useful.

So I will stick with the eager gene and the symphony for now, and am grateful that the orchestra is smart enough not to need a conductor – there are enough tasks on my to do list already.

* I guess I’m just jealous that a biologist didn’t get there first!