The Creativity of God 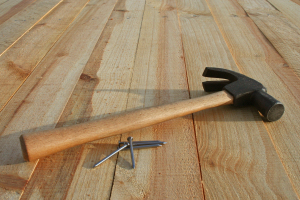 My theologically trained colleagues tell me that the Hebrew Scriptures are very concrete in their use of language. It’s not surprising, then, that a rather abstract concept like creativity never appears in the Bible. The creativity of God, however, is a strong theme running behind the whole text. There are images of God creating like an artist or craftsman, and one of the most famous is a beautifully poetic passage in the book of Proverbs. Wisdom is such an important part of God’s character that it is personified in Proverbs, and in Proverbs 8 wisdom is said to have been like a master craftsman (or workman) at God’s side as he created the universe.

Jesus is the Son of God and reflects God’s character perfectly, so we should expect to see creativity in his life. He was a carpenter’s son, and in those days a boy learned his father’s trade so there’s no reason to doubt that he learned to make things out of wood. Jesus began his ministry as a travelling teacher when he was around thirty, so he must have been a fairly proficient craftsman by then. We don’t read in the Bible, ‘Jesus fixed the table, and then they all sat down to the Passover meal’, but it may have happened!

Jesus was also creative in another way, and that was in his storytelling. The parables and other pictures that he used to illustrate his points are beautiful, and intensely challenging. The flowers that grow in a field and die in a few days are more beautifully dressed than the king, so if God made us as well as the flowers, will he not also give us what we need? God’s kingdom is like yeast in bread: you can’t always see it but it changes everything. A respected religious leader ignores an injured man on a dangerous road, but a Samaritan – a hated cult member – goes out of his way to help him. Every teacher would love to be able to give such memorable lessons[1].

The Bible describes two ways in which God creates: making and doing. ‘The creation story is all about God making things and making them out of nothing. One could say the rest of the Bible is God’s creative act of doing…’ [2] I do want to be careful, though, not to give the impression that God’s making was over in an instant. The origin of the universe, our planet and everything that lives on it was not a one off event – it’s an ongoing process. The Bible describes how God is constantly active in creation: he feeds the lions, makes the wind, and causes the sun to rise. We know how these processes work, but without God’s sustaining power nothing would happen – rather like turning off the power supply to the TV. So God’s making and doing are both continuous processes.

Part of God’s ongoing creation is in his interaction with people, making new things possible for individuals and societies. In the time before Jesus came, God revealed himself through prophets, miracles and his ‘law’. When people worshipped and prayed to him he also revealed himself to them. King David described the effect that knowing God had on his life when he wrote Psalm 51 after he had committed a terrible crime, saying ‘Create in me a pure heart, O God, and renew a steadfast spirit within me. Do not cast me from your presence or take your Holy Spirit from me. Restore to me the joy of your salvation and grant me a willing spirit, to sustain me’. A little more than two thousand years ago, God created something new by sending his Son, who through his teaching, death and resurrection brought together an eclectic group of people who were the first Christian community. Father, Son and Spirit choose to work through the church to create new things: people living life to the full, learning to use freedom wisely and tackling poverty, disease and injustice through generosity, education and technology.

So God has revealed himself as a creative being, but what we don’t know is exactly how God’s creativity operates. The most we could do is to extrapolate back from our own experience of creativity, but that is unlikely to be fruitful and might actually be harmful to our theology. Creating God in our image never was a terribly good idea. I am content to know that God creates and therefore is creative. What I can do is try to understand more about the things he created. God has written two books. The first is the biblical record of his interaction with people, and the other is the Universe he created. God’s creativity is evident in both, and studying them is awe-inspiring.