The Concept of Personhood 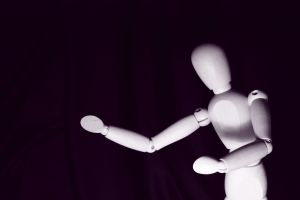 Last week at the Faraday Institute Daniel Weiss, Polonsky-Coexist Lecturer in Jewish Studies at Cambridge University Divinity Faculty, spoke on the concept of the person in Judaism.

The Greek philosophical idea of the disembodied soul has affected the way we view ourselves, even at a scientific level. We still have the very deeply rooted idea that it’s the mind or brain alone that does our thinking, despite evidence showing that the rest of our bodies also affect the way we think. For example, it’s harder to understand sad or angry statements if you can’t frown (because of Botox injections), and children find it easier to learn when they act a story out rather than just read it.

The evidence for embodied thinking hasn’t been given very much attention, because our dualistic model of the person as ‘body plus mind’ is so deeply rooted. Like many institutions (notably medical and scientific ones), the church has often promoted mind-body dualism but it’s not something that can be found in the Bible, at least not in the Old Testament (the Hebrew Scriptures). Weiss came across The Embodied Mind, a book that draws on the Buddhist tradition to put forward a more holistic way of seeing human personhood, and was inspired to draw on Jewish thinking to address the same issue.

Weiss has used both the Hebrew Scriptures and Rabbinic texts (from 200-600CE) to explore a Biblical concept of personhood. He has found a dominant thread of thinking through both Scripture and Rabbinic teaching that was extremely relevant to the current scientific dialogue on embodied personhood.

Weiss explained that embodied spiritual life is implied in the Biblical text, but not spelled out theoretically. It is possible to interpret the texts in another way, but both Jewish and Christian scholars emphasise the embodied aspect of life. Also, the Hebrew word nephesh, which means physical embodied life, is often translated as soul or spirit, so leaving the door open for further misinterpretation.

Genesis describes people as being made from a combination of dust (material stuff) and the breath of life, or divine breath. We are then described as living souls, so the soul is synonymous with physical life and is not a separate spiritual element.

The Biblical account states that what was created is good. There is no divide between a spiritual soul and ungodly material things, as suggested by Greek philosophy. Aristotle taught that the things we do can be ascribed to either earthy or divine elements, but this is not what the Bible says. What Weiss found in Rabbinic teaching is the idea that the soul activates the body, and neither soul nor body can act alone. Also, the idea of knowledge in the Bible is bound up with practical actions. For example, knowledge of God is linked to the physical carrying out of God’s commandments, and you can’t have one without the other.

All the Christian neuroscientists I have ever asked prefer to think of the soul as an emergent property of our wonderfully complex bodies rather than a supernatural plugin. We are unique because our bodies are unique. But the importance of the body in Jewish thought is very thought provoking and we would do well to pay some attention to it, particularly in an intellectual place like Cambridge.

What got me thinking was Weiss’s example of ‘the pious man [who] does good to his own soul’ by having a bath. The logic is that we are made in the image of God. Something about being a living embodied human in relationship with God is special. So I can relate to God through my physical body by washing it as well as through prayer. That’s quite a thought, and it also relieves some of the current pressure to make the practical aspects of life to fit in as small a place as possible!

Weiss’s work on this subject has recently been published in Zygon (2013, vol 3).