The Christian Roots of Modern Science 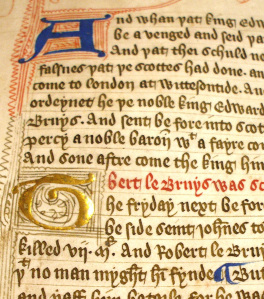 If I could travel back in time to ask Isaac Newton about the relationship between science and religion, he would probably be completely nonplussed by the question. In the late seventeenth century, when Newton was teaching maths at Trinity College, Cambridge, the word ‘science’ was used more broadly to refer to a body of organised knowledge. Theology, maths, classics, astronomy and all the other sciences were integrated into the body of ‘natural philosophy’, which was taught by ‘natural philosophers’. William Whewell, another Cambridge academic and Master of Trinity College, coined the word ‘scientist’ in 1834 to describe someone who carried out experiments to discover things about the natural world, and it wasn’t until the late nineteenth century that British natural philosophers actually began to call themselves scientists.

Denis Alexander used this story to illustrate his lecture on the history of the dialogue between science and religion at a recent retreat led by Faraday staff at Launde Abbey. He described the development of science as a relay race where the baton was passed from ancient Greek philosophers to Islamic scholars, and then on to Christians in Europe, including Newton. Obviously the early stages were important, but a number of ideas stemming from Christian theology were absolutely key to the development of what we now know as science.

In order to be able to do experimentally based science, one needs a certain metaphysical worldview that allows the framing of scientific questions. Most disciplines within modern science also involve some or all the following features: exclusion of values and questions about meaning and ultimate purpose, testable hypotheses, generalisations about the properties of things, mathematics, being publicly observable and repeatable, and aiming to be as objective as possible. Many of these characteristics have been nurtured by a specifically theological worldview.

First is the concept of a creator God making a rationally based universe that can be understood by physical laws and rational minds. Earlier understandings in Greek thought were of a demiurge that fought with unwieldy matter to make something that wasn’t completely satisfactory, or of an ‘unmoved mover’ presiding over eternal matter. These philosophies weren’t a great encouragement to investigate nature experimentally, but in seventeenth century Europe the great natural philosophers René Descartes, Isaac Newton and Robert Boyle, amongst many others, taught that the universe was created by God and is accessible to rational investigation.

Secondly, matter is dependent on God so we can’t just assume what it will be like: we need to study it. That statement may sound completely obvious to our modern ears, but only because we know how science works. We have benefited from the hundreds of years of experiments that followed the scientific revolution. Earlier generations relied on authority, but Newton and his contemporaries worked hard to discover the true nature of things through observation and experiment.

Third, there is the Christian doctrine of ‘the fall’: the first humans did wrong, we all do wrong, and the whole world suffers for it. It seems odd that a negative doctrine should have something to do with progress, but in his book ‘The Fall of Man and the Foundations of Science’, Peter Harrison describes how natural philosophers were suspicious of unaided reason, and convinced that we need help to find truth. One way to deal with the fallenness of the human mind is to do experiments. The logic is that it’s harder to make things up when the data are staring you in the face.

I’m fascinated that theology helped science to develop and flourish. Much of the science-faith debate is cleared up when historical myths are debunked, and I’m glad that a growing number of reputable scholars are delving into the real stories of how science and faith have related over the centuries.

Helpful books on the history of science and religion

Ronald Numbers, Galileo goes to Jail and Other Myths about Science and Religion