The Beliefs of Scientists 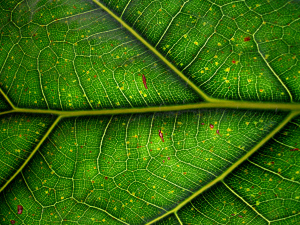 Last week sociologist Elaine Howard Ecklund spoke at the Faraday Institute about her work on scientist’s beliefs.  Between 2005 and 2007 she and her team conducted nearly 1700 surveys and 275 in-depth interviews with senior scientists at 21 elite US universities. The goal was to get a more accurate and up to date picture of how scientists approach religion and spirituality. The statistics from Ecklund’s study are illuminating.

When asked if science and faith were in conflict, fifteen percent of the scientists interviewed said no, seventy percent thought that sometimes they were and sometimes they weren’t, and only fifteen percent thought they were always in conflict. Ecklund has written a more detailed account of this part of the survey, discussing how scientists perceive where there might be boundaries between science and faith and whether they can be crossed.

The seventy percent of scientists who recognised that science and faith need not be in conflict used three main strategies. The first was to redefine religion to include a broader notion of spirituality. Seventy percent of all scientists interviewed considered themselves spiritual. Many of these people saw spirituality as a source of insight and clarity in their scientific endeavours. (No doubt the seventy percent who don’t think conflict is inevitable and the seventy percent who value spirituality overlap somewhat.) The second common theme was the recognition of certain ‘boundary pioneers’ who are committed to both faith and science, and are confident in speaking about both at the same time. Francis Collins was mentioned most often as a prominent scientist and a Christian who has clearly integrated his science with his Christian faith in a satisfying way.

There are some people with very deep religious beliefs who simply don’t let those things conflict. One of the lovely examples that I heard about just recently is this guy, Francis Collins . . . He is the Director of the gene-mapping outfit at NIH, and he’s a very serious born-again Christian and obviously a firm believer . . . and obviously manages to live very well with that.

But by far the most common reaction among the seventy percent ‘partial complementarians’ was to encourage dialogue. They were aware that every year young people came into their classrooms bringing new ideas, and that to be good teachers they needed to encourage their students to think things through for themselves. For me this was the most interesting data from Ecklund’s study – that the majority of scientists in the US seem to be opening the door to discussions on science and faith in appropriate contexts.

One biologist, an atheist not part of any religious tradition, told us that she was “rather surprised at how many of our students are very religious. I am always just so surprised, and I’m the other way [not religious].” She also explained that she made a sincere effort to present science such that “religious students do not need to compromise their own selves.”

It’s refreshing to have some data in hand that reflects what I have always experienced in my interactions with scientific colleagues. Scientists are ordinary human beings who are interested in what’s going on around them. They recognise that in order to function as whole persons we need to think about how our academic studies relate to our wider beliefs. I will wait with some interest for the results of Ecklund’s latest study on scientist’s beliefs around the world.