Sustainability Pledge: Why the environment is my problem 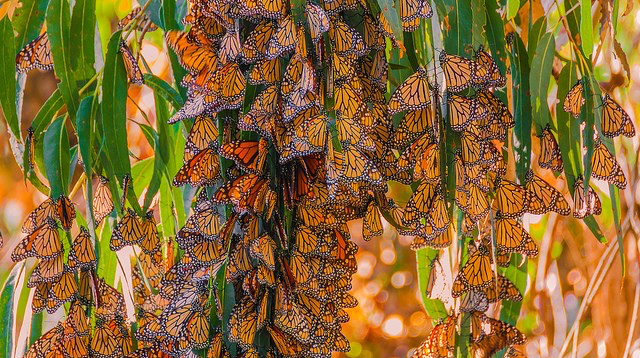 When Dellarobia Turnbow, an Appalachian farm worker, encountered millions of butterflies in the woods behind her house, she first thought the trees were on fire but not burning up—and that this was a sign for her to stop making a bad decision. She had been wrestling with an unhappy marriage, life on an unproductive farm, and bringing up two kids on an almost non-existent income. Her overwrought mind couldn’t quite take in what was in front of her eyes. When she persuaded her busy family to take a walk up the mountain, the reality of what they were all seeing eventually sank in.

Dellarobia and her family realised that their woods were playing host to millions of hibernating Monarch butterflies, which had previously spent all their winters in Mexico. All of a sudden, they found themselves living next door to one of the most important research sites for conservation biology. This brought some much-needed work, intellectual stimulation, and strange new company.

The above is a summary of how Barbara Kingsolver’s novel Flight Behaviour begins. I read it because I had heard it includes a science and faith theme. Kingsolver introduces the reader to the central character Dellarobia’s church, and the ways in which she and the people around her react to science – especially the science of climate change. It also sadly demonstrates what happens when the church drifts from its New Testament roots, and the negative impact that can have on individual lives.

We also learn a lot about scientists, who are a weird bunch. They travel around the world, becoming obsessed with tiny details of things most ordinary people don’t have time to think about. To Dellarobia, they are a different species. She is fascinated by the science and proves extremely quick on the uptake. She is adopted as a member of the tribe but remains on the edge of the group. These people have studied more than anyone she knows and are dressed to the nines in fancy outdoor gear, but they are completely helpless in other respects.

What I found most interesting was the contrast between Dellarobia’s lifestyle and the way the scientists lived, and the way that affected their response to the science of climate change. Two incidents from the book have stuck so firmly in my mind and affected my own attitudes and behaviour in this area that I have to share them.

The first is a student who arrives to help study what is driving this great change in the butterfly migration and what effects this might have on the species as a whole. He cares deeply about what is happening and wants to help. But his attitude to his gear doesn’t quite line up with this ethic, and he needs a bit of help from Dellarobia to figure this out. The event is a no-brainer for her: the zip on the student’s coat gets broken, so she pulls out her sewing machine to replace it. He thinks she is some kind of hero because it saves him throwing the coat away. Who was the eco-warrior here—the rich environmentally conscious student who talks a lot about taking care of the world, or the poor farmer who until recently wasn’t aware of the great body of data behind ideas about climate change?

The other incident happens towards the end of the book. Dellarobia is going to work when she encounters one of the many conservation activists who are camping out in her family’s woods. She becomes curious about the leaflets he’s been giving out and discovers it is a lifestyle pledge. The campaigner takes the opportunity to get one more person on his side and talks her through the commitments people are being asked to make—but it turns out they were designed for people who come from the same planet as the scientists, not Dellarobia and her family.

“Bring your own Tupperware to a restaurant for leftovers, as often as possible.”

“I’ve not eaten at a restaurant in over two years.”

“Carry your own Nalgene bottle instead of buying bottled water.”

“Our well water is good. We wouldn’t pay for store-bought.”

“Try to reduce the intake of red meat in your diet.”

“Are you crazy? I’m trying to increase our intake of red meat.”

“Because mac and cheese only gets you so far, is why. We have lamb, we produce that on our farm.”

“Find them.” [Dellarobia already does as much of her shopping there as she can.]

“Plan your errand route so you drive less!”

“Who wouldn’t do that? What with gas costs?”

“Turn your monitor off when not in use.”

“Fly less.” [I’m not sure Dellarobia had ever flown.]

These incidents brought home to me how a relatively small handful of people – the global rich – cause so many of the problems on our planet. The student doesn’t even think about repairing his coat, because he comes from a tribe that can afford to throw things out. The pledge-list writers live in a bubble where everyone can afford to waste money. But how many people in the world have that option? Most of the people who live a disposable lifestyle already know that they really shouldn’t.  They also tend to have power. The owners of the company that were going to log Dellarobia’s family woods (until millions of butterflies showed up and stopped them) would almost certainly have known the impact that cutting down the trees would have had on the environment, but they may not have bothered to advise the landowners on how to mitigate them—for example, by using a small portion of the money to plant new trees.

Lifestyle surveys and pledges have their place in helping some of us to figure out how we need to cut back, but maybe we also need to get out more. A wider perspective will show how truly urgent the situation is, and how our words and actions can either rescue or poison the situation further. We might also get some great ideas and learn some useful skills.

If, rather than turning inwards, the Church can take hold of the Bible’s teaching that all creation praises God, and that our actions have an impact on the land we are supposed to be tending and  keeping, we might find some good solutions to the current crises. If we can remember that the privileged have a particular responsibility to put what they have to good use, we might get somewhere. Thankfully, organisations like A Rocha are making a fantastic contribution to this, but they need our help. Let’s get out more.

This post first appeared in the ASA’s online God and Nature magazine, and is reproduced here with permission of the editor.