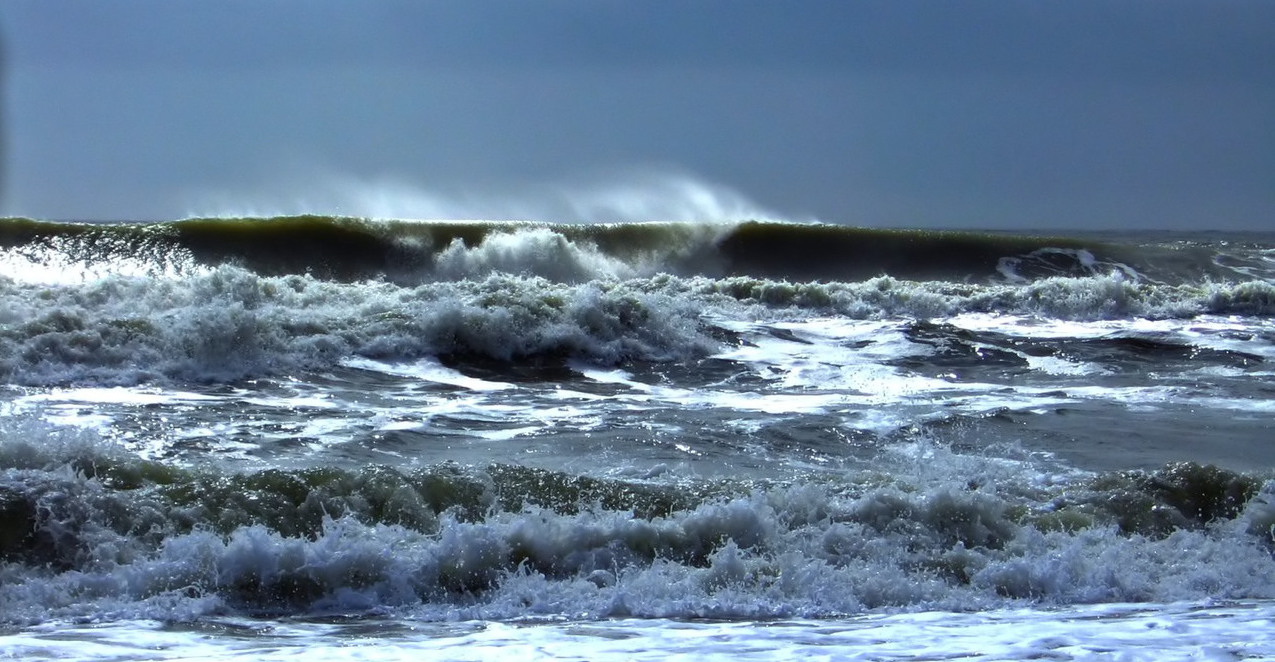 One day Jesus said to his disciples, ‘Let us go over to the other side of the lake.’ So they got into a boat and set out. As they sailed, he fell asleep. A squall came down on the lake, so that the boat was being swamped, and they were in great danger. The disciples went and woke him, saying, ‘Master, Master, we’re going to drown!’ He got up and rebuked the wind and the raging waters; the storm subsided, and all was calm. ‘Where is your faith?’ he asked his disciples. In fear and amazement they asked one another, ‘Who is this? He commands even the winds and the water, and they obey him.’

Perhaps the storm stopped suddenly of its own accord, but the disciples were not fooled. They had seen a number of these ‘coincidences’ in Jesus ministry, and they weren’t about to ignore this one. Jesus had calmed the waves with only his words. Wasn’t this an act of God? Who else could be in complete control of creation?

I’m not sure whether the disciples were more frightened before or after the storm, but it must have been a key moment in their relationship with Jesus. These twelve men had been travelling with him for some time now. They had been living and eating with him, learning, being sent out on mission, been told off for being stupid or competitive, and supported through all their struggles. So what did they learn through this incident, apart from the fact that their teacher might well be the promised Messiah, or possibly even the Son of God?

Jesus dealt graciously with the very pressing and practical issue of the raging storm before he did a bit of teaching, asking his followers “Where is your faith?” They must have displayed some of this trait in the past for Jesus to ask where it had gone to in this situation. It’s not surprising they were scared, given the circumstances, but clearly Jesus expected better of them. He knew from what they had been learning over the past months that they were equipped to trust him. So what were they supposed to have done?

Being a scientist, I had to work out some alternative scenarios:

I don’t think we can know what the ideal response would have been, and neither can we know how it would have turned out. As it is, what happened was an incredible opportunity for the disciples to learn something new about Jesus.

In similar circumstances, Christians often do several things in quick succession. They start by panicking, being afraid, worrying, and generally demonstrating a complete – and perhaps understandable –  lack of faith in the face of a terrifying event. After a while they might calm down a bit, remember what they know about God’s character and pray for help, trusting that whatever happens he will help them to handle it. Then of course they have to battle on in the face of whatever circumstances they are under, doing their faith-filled best to keep going, stay calm, keep asking God for help, and trusting the Holy Spirit to guide and provide whatever is needed to do all these things.

Most often, we don’t get the storm-calming effect when we ask for it, but battling on with faith is much easier than trying to keep going in a panic. ‘Peace’ in that kind of situation is a very active holding on to what you know about God and what led you up to that turn of events. The difference between trusting and not trusting can be like night and day in terms of stress levels. I have found that it can make the difference between unmanageable stress and something that stretches me and teaches me something new.

Knowing some science helps me to trust God. A being that created the whole universe, sustaining the wonderfully creative processes that produced diverse life on earth, must be both extremely powerful and extremely wise. The God who can both calm the waves and walk on them must be in complete control of the things he made. When this knowledge goes hand in hand with experience of God’s intimate love and care for every situation we find ourselves in – as well as an astonishing big-picture overview of his work in the world – I am reassured that he’s got things in hand. I will always need help from others to pray faithfully in stormy situations, but hopefully I’ve seen enough now not to panic and flap around for too long. Time (and my closest friends) will tell…