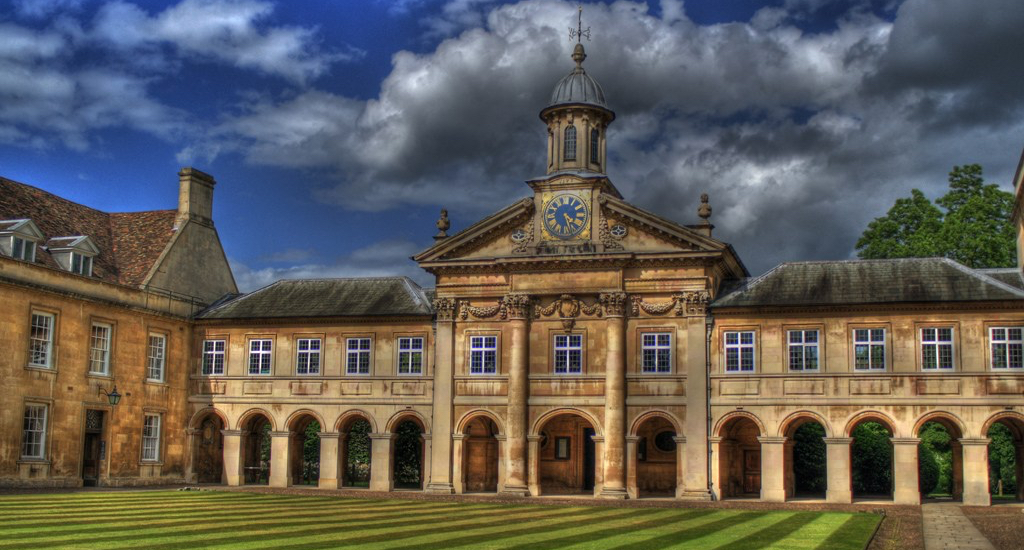 Are ethical values real? According to Dr Louise Hickman, a philosopher and theologian from Newman University, this is the question that drove the ‘natural theology’ discussion in the centuries leading up to Darwin. Louise spoke about this topic at the Faraday Institute this summer, and I will summarise her lecture here in my own words.

Left to our own devices, said the natural theologians, people are capable of developing their own awareness of God and knowledge of him. This knowledge is entirely separate from any belief that God has revealed himself to people in any other way, such as God’s relationship with the people of Israel, or arriving on earth as the person of Jesus Christ.

Going deeper into the work of the natural theologians themselves, and especially the ‘Cambridge Platonists’, Louise has found that the question “What is good?” was a huge motivating factor. Emmanuel College was originally established in Cambridge to educate puritans, and one of its fellows was Benjamin Whichcote. This theologian rebelled against the Calvinist status quo of the time and established a new way of thinking, drawing on the work of the philosopher Plato.

Plato believed that human reason is a kind of ‘divine spark’, and Whichcote and others wanted to connect this idea with Christian theology. Their aim was to bring faith and reason together. They were interested in science – known then as natural philosophy – and saw no conflict between science and faith.

The Cambridge Platonists’ main worry about Calvinism was that it made justice a matter of God’s will. So if people believed the monarch to be divinely appointed, this made justice a matter of his or her will. Rather than allow right to be turned into wrong at the whim of an unelected sovereign, the Platonists chose to believe in absolute goodness.

The theologian and philosopher Ralph Cudworth went as far as defining the Calvinistic version of theology, taught by the royalist philosopher Thomas Hobbes as atheism. He thought Hobbes’s way of explaining truth and goodness in a mechanical way based on physical laws was dangerously materialistic. Cudworth was keen to establish theology on a philosophical and rational basis, so he decided to base his natural theology on Plato’s idea of soul being the cause of all things. He found it difficult to believe that the order in the world was the product of chance alone, and decided that the cause of all things must be God. Joining these ideas together with his belief that the main attribute of God being his benevolence, Cudworth was able to explain why God is good and just, and why we can be held accountable for our actions.

Henry More was in Cambridge at the same time as Cudworth, and he provided further fuel for the argument that truth is objective, and the powerful are not the only ones who can access that truth. More invited his readers to imagine space existing after the removal of all matter. From this perspective, space could be said to be immaterial, necessary, and eternal. For him space, defined in this way, was an attribute of God and a way in which God could be present everywhere at all times. By similar logic, time could be said to be eternal and an aspect of God.

Isaac Newton was one of More’s students, and he picked up on these ideas about space and time. Newton argued that the material world has real value because it was created by God in the eternal vessel of space. The philosopher Samuel Clarke then used Newton’s ideas to argue against Hobbes, saying that Newton’s picture of an ordered universe supported the idea that truth is objective, and not just a matter of what someone wishes it to be.

So whatever we might think of these ideas today, it seems that the design arguments of the seventeenth and eighteenth centuries were ethically motivated. The natural theologians were also antireductionist, and firmly committed to a God-infused cosmos. In a sense, these were theologies of nature rather than natural theology because they started from the assumption that God existed, rather than trying to prove God’s existence from a neutral starting point.

The Cambridge Platonists were also the forerunners of some of today’s philosophers who argue against a purely materialist philosophy. For example, the American philosopher John Haught argues that science cannot function if it is based on the idea that the world is ruled by matter and chance. How can we trust our minds to find the truth in a rational way? Science is based on the faith that the world is rational, that truth can be valued and respected, and that our minds can understand truth. Only when this type of trust is in place can science advance, and that type of faith cannot be derived from science itself – it must come from another source.

The full recording of Louise Hickman’s talk will be posted on the Faraday Institute website in the coming weeks.