Science and Religion in the Writings of CS Lewis 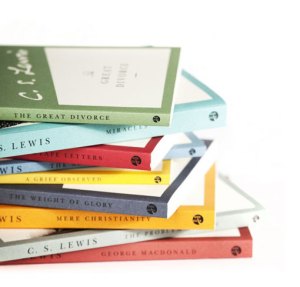 Last week at the Faraday Institute we hosted Michael Ward, chaplain of St Peter’s College Oxford, and expert on the writings of CS Lewis. In his seminar Ward spoke about Lewis’s treatment of science and religion.

CS Lewis was in favour of science, but attacked scientism. You can see this in his portrayal of Uncle Andrew or Eustace Scrubb in the Narnia books, or Professor Weston in That Hideous Strength. Anything that strips humans of their values and respect for each other is to be strongly resisted.

Lewis’s model for the relationship between science and religion was very straightforward. Religion is the worldview that affects all of life, and science is a just one of the areas that is affected (rather like a small circle within a larger one in a Venn diagram). To speak of the relationship between science and religion as if they were separate departments of knowledge was, for Lewis, to fail to recognise what religion is.

Another false dichotomy is the idea that science is the domain of reason and other areas of human endeavour are the domain of imagination. In ‘Bluspels and Flalansferes: A Semantic Nightmare’ Lewis described different uses of metaphors, and the way in which their use can deteriorate over time. In the last paragraph of the essay he makes an important point. While ‘reason is the natural organ of truth’, ‘imagination is the organ of meaning’. Before something can be true or false it must mean something. Imagination and metaphor help bring meaning and reason judges between them. It follows from this that science is necessarily imaginative, coming up with new ideas and testing them through reason.

Finally, there is the question of language. In ‘The Language of Religion’ Lewis puts language into three categories: ordinary, scientific and poetic. To describe religious experiences or concepts we normally use language that is either ordinary or poetic, in the same way that one would convey sensations such as cold or hot: ‘it feels like your ears are falling off’ or ‘Ah, bitter chill it was! The owl, for all his feathers was a-cold’. Scientific language conveys meaning very precisely, but covers a very narrow range of experience. This very tightly defined language is more easily ‘cashed’ (i.e. the meaning is not easily misunderstood by the educated reader), but then again it is easier to cash a cheque for £1 than £1,000…