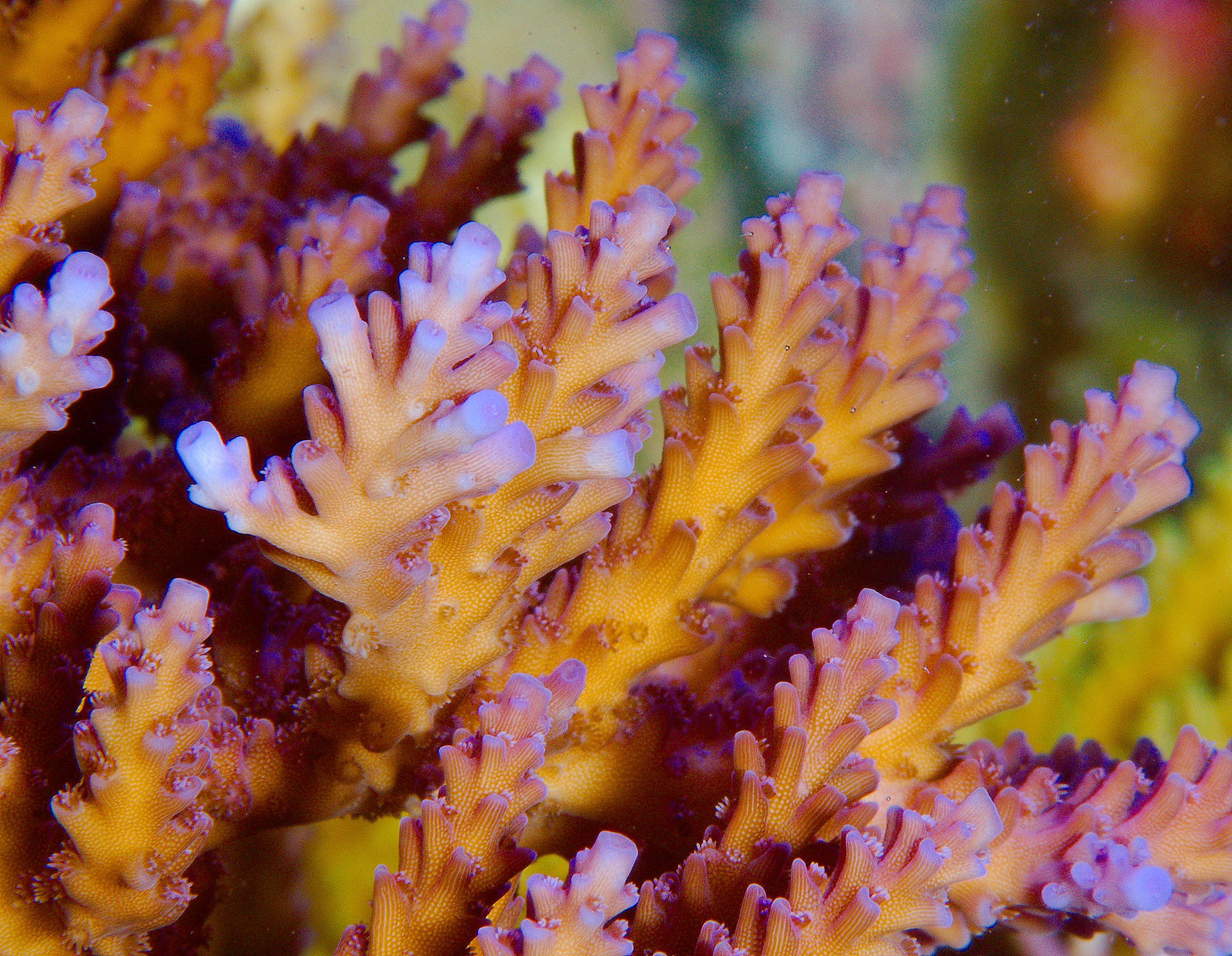 Are you a gardener? Do you know what grows where and the specific conditions each plant prefers? Have you ever tried your hand at gardening…coral?

Two weeks ago a Faraday Institute course called Biology and Belief treated us to an array of fascinating talks from scientists explaining their work and the theological questions it raises for them. We were taken from the scale of individual genes and proteins up to entire ecosystems. Dr Margaret Miller, a marine ecologist from the United States, presented us with the coral reef ecosystem; its complexities, threats and potential interventions. She is an avid gardener – in the ocean! Find out more in this podcast (transcript below) as I caught up with her after her talk.

I am pleased to be sitting inside this beautiful room at Madingley Hall, with Dr Margaret Miller. Margaret, can you tell us a bit about yourself and what you do?

I’m an ecologist, and I work for the fisheries agency in the United States. My job is to study corals, how they work and how they interact, and how they’re faring in the world.

Is there a reason why you study them? What is the outcome of your study?

There are quite a few different aspects that I study, but for the most part the overall aim is to understand the status. We have a particular interest in several coral species because they’re listed now as endangered species. Part of my job with the government is understanding and developing strategies to help corals recover from the dire situation that they’re in.

Is it easy to list a coral as endangered, as it is with land animals, or is there an extra level of difficulty there?

I would say there is an extra level of difficulty, particularly in the sense that many of our laws are designed around land animals or land systems, and those setups don’t always translate very well to marine habitats. So for example, much of the law that we work under deals with threats related to habitat loss, and land areas and habitat that supports terrestrial species. Habitat loss in the ocean doesn’t apply in quite the same way, and so that aspect of the law that has very strong protections for habitat loss per se, we may be able to apply those in terrestrial systems by buying land or setting land aside, only we can’t do that so much in the ocean. So some of the strategies that go with the law don’t apply as well in marine systems.

The other challenge has to do with the biology of corals. They’re clonal animals, they don’t grow in the same way as individual animals, and so there’s other challenges in how we assess those species that we’ve had to muddle through – to be honest – in the process that we’ve been undertaking, because the sorts of biological models that we use to evaluate viability or extinction risk in lions or tigers or bears don’t apply in the same way to corals because their biology is very different.

So presumably the solutions then to helping them will be different? Can you talk to us maybe about one of the most exciting solutions for you?

One of the main strategies that we are pursuing and investing quite a lot of effort in is referred to as ‘coral gardening’. That’s a strategy where we’re using in ocean nurseries: areas in the costal ocean that we’re actually using to propagate corals of the endangered species, and then using those as material to out-plant – to supplement or restore populations of the coral in the natural reef habitat. This enables the production of a lot of coral – that part of the process has been very successful. These corals can grow relatively rapidly (the branching corals) and we can snip them up and get many, many, many corals in a relatively short period of time, so that is very exciting to see. It’s great to visit these nurseries because it’s just coral stacks as far as you can see – this is more Staghorn coral than I’ve ever seen anywhere in one place! So we’ve been able to develop means to culture corals successfully.

The challenge is still when we take those corals and put them back in the natural environment. They are still subject to a lot of the same stressors and vulnerabilities that the wild corals are, and so they don’t always survive well in the long term. There’s a certain aspect of ‘the thumb in the dyke’, so to speak, in terms of supplementing populations. I think as we learn better and as we focus more of our scientific attention on characterising different beneficial traits that those cultured corals may have that enable them to resist, for example, warm temperatures or certain types of diseases better than others, we’re hoping to be able to use that information to ‘design’, if you will, these restored populations to be able to be more successful.

You are also a Christian. Do you find it easy to talk about your work in your church groups?

I won’t say that it’s easy, but I guess as I have got somewhat older I have developed a little bit more boldness in talking about science in my church. I have taken the opportunity on a couple of occasions to teach [adult] Sunday School classes. I did one about ecology in general, and how ecology and creation work together, and I taught another class about climate change specifically. So I’ve taken the opportunity to do some of that now. It’s challenging. Within any congregation there’s going to be a range of viewpoints about science, and about things like climate change, so there is challenge but I think overall those experiences were good. Once you’ve done it a little bit it gets a little bit easier, I suppose, like anything. 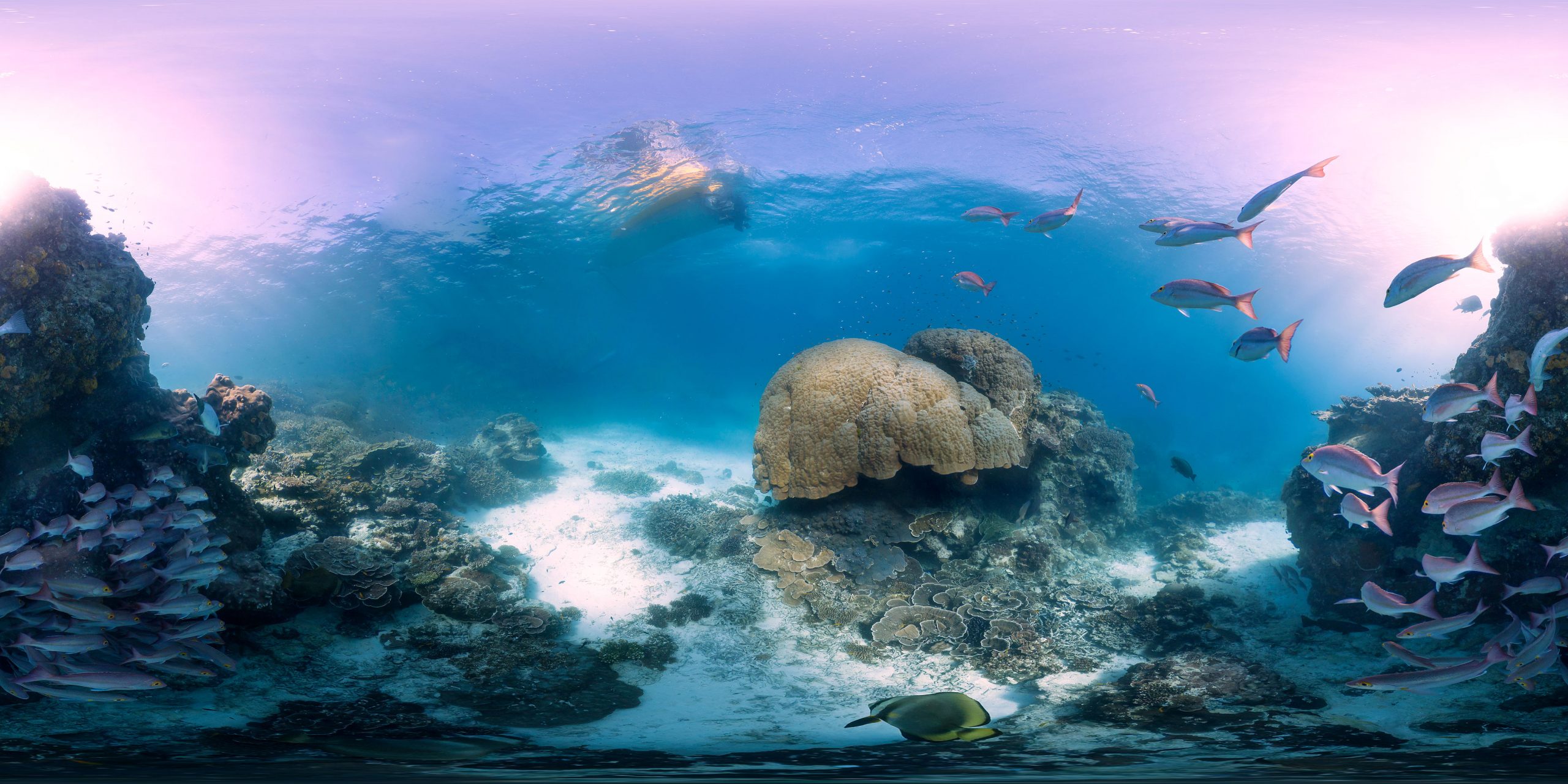 And you work in a remarkably beautiful ecosystem. That must in some ways make it easier to approach. If you come to people with the beauty and the wonder, like a flagship species such as a panda or a penguin, people are kind of drawn to it aren’t they?

That’s fairly easy to relate to, yes I suppose that’s true, and living in a location where a lot of people in their daily life do – maybe they have boats or they’ve experienced scuba diving in a coral reef. A lot of people do have a personal experience in some of those types of ecosystems and environments. I think that does make it easier to draw them in if they have an understanding or direct experience of the beauty or wonder of those systems that they’ve experienced themselves.

Do you have a travel wish list, or a place you would still love to visit?

Absolutely! I have not been to the Galapagos Islands. I’ve actually not been to South America at all, so the Galapagos of course are the nirvana – the magical biological land with many magical creatures. So I would love to go to visit the Galapagos. The concept of having corals and penguins together in the same place is just staggering. And then iguanas too, that swim with the corals. It’s just amazing!

Well I hope you get to go, and you can send us back some photos of a penguin gliding past a reef. I would love that!

Thank you so much!

Thank you for talking to us.

Margaret Miller is an Ecologist with the US National Oceanic and Atmospheric Administration’s Southeast Fisheries Science Center.  She received an undergraduate degree from Indiana University and a doctorate in marine ecology from the University of North Carolina (Chapel Hill).  Her dissertation involved ecological studies of non-reef building coral, Oculina spp, off North Carolina and factors that determined their growth and distribution.  She then moved south to examine some “real” corals in a three year post-doctoral position with the University of Miami.  She began work for NOAA-Fisheries in 1997 as the lead benthic ecologist at the Miami Lab and has served as a foundation for its growing coral reef program.  She is an active field researcher and diver.  Her current research foci include coral early life history, coral restoration, population studies of threatened elkhorn and stagorn corals and their threats. She resides with her husband and 12-yr old son in Miami, FL, where they are active in Key Biscayne Presbyterian Church.