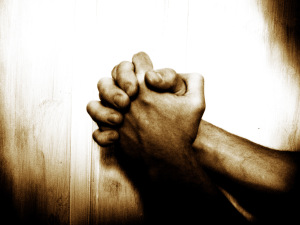 How do mental heath professionals understand their patients’ religious beliefs? This was the question that Professor Simon Dein asked at a seminar at the Faraday Institute this week. Dein is a consultant psychiatrist, lecturer in anthropology and medicine, and founding editor of the journal Mental Health, Religion and Culture.

Dein comes from a Jewish background. He is comfortable talking about religion, and interested in its effects on mental health. He has worked for many years with patients from a variety of faith backgrounds (Jewish, Christian, Muslim and others), and has found that a clinical method that recognises a patient’s beliefs is far more effective than a secular approach.

As a clinician, Dein didn’t make any comment on whether he thought any of his patients’ beliefs were true or not. He was honest about the fact that he doesn’t believe in God, and simply reported what he saw in his patients’ lives. I will do the same, and simply let you draw your own conclusions from the evidence.

For a time, Sigmund Freud’s view that religion is an obsessional neurosis influenced the practice of psychiatry. There is often a disparity between the religiosity of a psychologist or psychiatrist and that of their patients, but in the last 15 years there has been a resurgence of interest in their patients’ spirituality among medical professionals. A host of studies have shown that religion can have a positive impact on mental health.

Depression is the most common mental health problem, with an estimate of one in six people being affected during their lifetime. People who have religious beliefs are less likely to develop depression in the wake of a difficult life event, and this remains true even if the support provided by a religious community is factored out.

The positive effect of religion on mental health seems to come from the framework of meaning that it provides for life. Practicing gratitude and helping others are also important. Of course some forms of religion can be harmful: cult survivors struggle with guilt, dependency and anxiety.

Religion can also provide important coping strategies for those who do struggle with mental health problems. The people who benefit are those who, in Dein’s words, “collaborate with God” in tackling their illness. Dein is quite happy to refer to the patient’s own scriptures and work with religious leaders to help each patient to recover. He described one case where he used passages from the Bible to encourage a woman that God was forgiving, and worked with her Pastor to reinforce the teaching she was receiving in church.

Often a profound religious experience leads to a gradual pathway for healing, and Dein told a story to illustrate this. An orthodox Jewish man married and had a son, but lost him to Tay-Sachs disease at the age of three. The man began to ask why God would allow this, and suffered from chronic depression. Every morning when he woke up he felt a sense of great darkness. He then met a woman who had converted to Judaism, but on the eve of their engagement he found out that she believed Jesus was the Messiah. The man was thrown into confusion by this revelation, and began to read up on what his fiancée believed. Having set out to prove that Jesus wasn’t the Messiah, he began to wonder if he was wrong. He woke up one night, the room was illuminated, and he heard a voice saying, “Richard, what do you and I have in common?” The answer came, “You and I have lost our only son”. The man started to attend a messianic congregation, and eventually recovered from his depression.

To me, the idea that a psychiatrist can talk to a patient about how their beliefs affect or are affected by their illness doesn’t seem to be rocket science, but apparently it is controversial. I was impressed by Dein’s honesty, and am relieved to hear that others are following suit.

Previous posts on similar topics: People, and Brain activity and awareness of God.