Recipe for a human 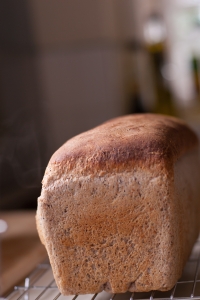 The Faraday Institute summer course is in full swing, and on Tuesday morning evolutionary biologist David Lahti presented some reflections about his own work on human behaviour. What he said was fascinating, and raises all sorts of questions regarding human personhood. The analogy that he used was the baking of bread. The ingredients he focused on were the ‘flour’ of genetics, the ‘water’ of the environment, the ‘yeast’ of agency and the heat of development. Not all of the ingredients are apparent in the finished product, but all are essential.

It would be easy to think that genetics is unimportant in the determination of behaviour. Over 90% of the prison population possesses a y chromosome, but being male is not considered a reasonable defence against criminal charges, and neither has anyone taken steps to prevent further violence by incarcerating all those in possession of such a chromosome (and perhaps that’s a good thing…)

Lahti spent the first part of his talk outlining some recent findings in the field of behavioural genetics, including alcoholism, trust, mate choice and political preferences. Amazingly (to me) there are indications of heritability for all of these traits, although because they are such broad categories it has proved difficult to find genes that play a major role in determining these characteristics.

I hear you cry, ‘I’m not determined by my genes!’, and that’s exactly what Lahti said when he gave us his top 10 guidelines for understanding the genetic control of human psychology and behaviour. It’s probably not the sort of top 10 you’re used to seeing, but here we go.

The bottom line regarding the question of genetic determinism is that your genes are not an external command that control you: they are part of what makes you, you. While we know that human will is not free from all influence we do, by and large, hold ourselves responsible for our own decisions. In our loaf of human personhood the yeast of agency cannot be located, but it was absolutely vital in the baking of the bread.

If you would like to listen to Lahti’s talk, you can to listen to the recording when it appears online in the next couple of months.