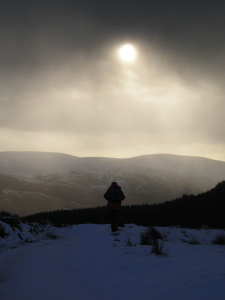 The early scientists described in ‘The Faith of Scientists’, are all remarkable characters, but it was in the company of Blaise Pascal that I felt most at home. He had his eccentricities, and I certainly don’t agree with everything he said, but in the extended extracts of his writing presented in Frankenberry’s book I recognised many of my own thoughts and beliefs.

Pascal was fascinated by the immensity of the universe.

When I consider the brief span of my life, absorbed into the eternity before and after, the small space I occupy and which I see swallowed up in the infinite immensity of spaces of which I know nothing and which know nothing of me, I take fright and am amazed to see myself here rather than there: there is no reason for me to be here rather than there, now rather than then. Who put me here? By whose command and act were this time and place allotted to me? … The eternal silence of these infinite spaces terrifies me.

Humility in scholarship was also important to him – the recognition that there’s much we don’t know. There is even one part of the Pensees that would be hilarious if it wasn’t so true, where Pascal describes how as our experience and influence increase our friends are less likely to tell us the truth about ourselves, so we end up doing more and more stupid things.

There is much discussion on faith and reason in Pascal’s writing. He discusses the personalities of different people – those who come to believe in God through faith (or perhaps what could be described as more intuitive means) alone, and those for whom reasoned argument is more important. His discussion of the famous wager shows that he gave rational arguments for God a good deal of thought, though he came to the conclusion that ‘reason is to faith as moral effort is to salvation – necessary, but not sufficient without God’s grace’ (Frankenberry)

So Pascal was not at all against rationalism, but saw a place for faith in the grand scheme of things.

Faith certainly tells us what the senses do not, but not the contrary of what they see; it is above, not against them.

I could take that statement further. If faith is in something real, then even if that reality includes something beyond what we can detect with our senses, our faith should at least help to make sense of what we can see and touch.