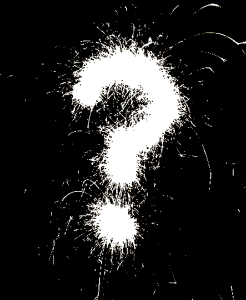 When I was a PhD student in Edinburgh I went to a church that was located conveniently next to a number of good pubs. A bunch of us used to pile into one of these establishments after the Sunday evening service. The ensuing conversation ranged from ‘Who are you?’ (it was a big church), to discussions of the sermon we had just heard and other more philosophical issues. One evening I sat next to a photography student, and when I introduced myself as a PhD student in genetics she said something along the lines of, ‘All those facts and figures are not for me, I’m an arts student.’  Rather than just moving on, which would have been infinitely easier, I tried to explain why I thought science was interesting. I think I won, but you can judge for yourself.

We started out by talking about textbooks. No matter how well written one of these tomes might be or how lavish its illustrations, it’s unlikely to make it onto anyone’s bedside table unless it’s exam time. I pointed out that textbooks have their place – a student has to get up to speed in their chosen field – but by the very nature of science they’re out of date before they’re printed. If only science teaching could reflect what actually goes on.

A scientist’s job is to go to the shelf of unanswered questions, pick out something they know something about and think they can tackle, take it to the lab and start finding some answers. As they work they’ll find out some new things but they’ll also discover more questions, some of which they work on and some of which are put on the shelf for later. As soon as they begin to get somewhere they start putting together a scientific paper. After they’ve published their article, celebrated, and had a bit of sleep, they throw their new paper gleefully over their shoulder and run to the shelf of unanswered questions. What next? What about that thing that looked weird in the last experiment, is that worth following up? Let’s test the theory we just published even more – does it apply in these other circumstances? Every stage in the enquiry is a step closer to understanding the way things actually are.

My friend was surprised at this story about how science works, and said she would have found science much more exciting if it had been presented that way at school. Science is a dynamic process, and although it’s sometimes difficult to get that message across at the same time as cramming heads full of knowledge, science teachers and university lecturers need to shout it as loudly as possible before any more arts students are duped into thinking that science is boring.

It’s not just me that has this picture of science. When I spoke to the neurobiologist Harvey McMahon, he told me about his time as a post-doc in the USA. He got a reputation as an asker of questions, and was invited to attend the lab meetings of Michael Brown and Joseph Goldstein. These two men ran a joint lab, collaborating together on cholesterol research, and eventually winning the Nobel Prize for their work. They invited this young post-doc to their meetings because they liked people who questioned things, because only a thorough exploration of the shelf of unanswered questions will help a scientist to get anywhere. As the astronomer Jocelyn Bell Burnell has said, ‘If we assume we’ve arrived, we stop searching.’[1]