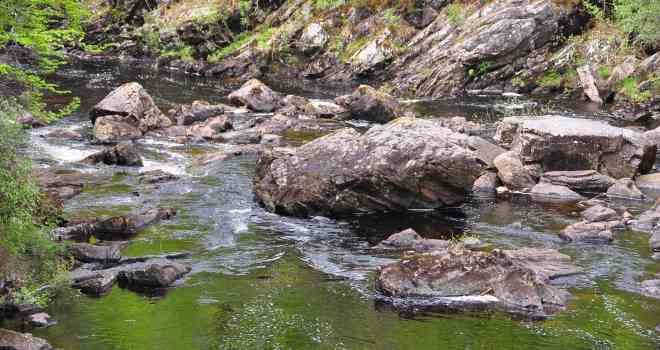 I recently met someone who runs pilgrimage walks with a science and theology theme. At the Scientists in Congregations conference in St Andrews, I spoke to Revd Professor David Atkinson, a retired plant scientist who is now ordained in the Scottish Episcopal Church. In today’s podcast he explains what the pilgrimages are about, and what he has learned through running them (transcript below).

You are an unusual person because you studied both theology and science. Can you tell us a bit about that?

Well my Christian journey is longer than my science journey because I am one of those people who can never remember not being a Christian. From birth I have been a Christian, though that has had different expressions over the years. I studied biology in the 1960’s. I was very fortunate that I did a joint degree in biology at the University of Hull, which at that time meant that you got a very traditional zoological education – and the zoology department was very old fashioned – and a very modern biological education in the botany department, which at that time was really struggling to work out if it was a biochemistry department or a botany department. So we got the best of modern genetics, biochemistry and molecular biology even in the 1960’s, and all the traditional ‘cutting your way through the animal kingdom’ and looking at skeletons of this, that and the other. It was a wonderful basis for a grasp of the wonder of biology.

I then went on to have a professional career in plant science: horticulture, agriculture, mainly looking at plant root systems and the thing that most plants have on their root systems which are arbuscular mycorrhizal fungi. These have been around with us for half a billion years, and always give you a real sense of context and place because as a species you look at those and you think “there’s something that’s been around for half a billion years, and it’s hardly changed over that length of time”. So you don’t have to change to be successful, you can just know your place and know your job and continue to be successful and wanted and needed and important year after year after year for half a billion years.

When I reached retirement age I retrained in theology through the Theological Institute of the Scottish Episcopal Church and the University of Bangor. That allowed me to pull my theology into my biology and to basically not see a wall between them. I hate walls, and I see my biology and my theology as part of a canvas. They are two slightly different directions of looking at something. It’s like when we do our pilgrimage walks. We do it in one direction and you see certain things, then you turn around and come back and you see it totally differently because you’re looking in the opposite direction. So to me biology and theology are really rather like that, it’s the direction in which you are looking.

So you’ve been running a Scientists in Congregations project at a church in Banchory. Can you tell us a bit about that?

What we wanted to do was to get people to use pilgrimage, which is journeying, as a means of exploring links between science and theology. As one of those people who finds it easier to be close to God outdoors rather than indoors, and recognising that there are lots of other people who find the same thing, it was able to go back into what pilgrimage was about. It used to be a major part of our Christian faith, that you did pilgrimages. It has sort of dropped from the forefront but it’s making a very big comeback.

The whole purpose of the pilgrimage is development: it’s learning about yourself and it’s learning about the world in which you live, and that’s what we are trying to do. Then you impose that on something like the River Dee, which runs from Aberdeen into the Cairngorm Mountains. It’s about a 60-70 mile stretch, but we have taken short bits of it and used that as a vehicle for helping people to reflect upon what they see. This allows them to look at a fair chunk of geological history because we’ve got all the different sorts of rocks; we’ve got sedimentary rocks, we’ve got a lot of igneous rocks (so a lot of volcanic activity), then of course we’ve got all the ice age stuff with all the drift material. So there is a lot of geological history there that people can reflect upon and you can link that to elements in the Old Testament part of the Bible and things like this.

Also, of course, you can look at a whole lot of biological history, both that which in a sense has happened naturally and that which in a sense has been man-driven because clearly we have agriculture, we have a lot of forestry and so we can look at how man is actually sitting in this wider geological and biological developmental thing. We can then ask questions about what that tells us about God and where this natural book links to our Bible and where the experience of the natural book helps us to understand the Bible and of course reminds us that our Saviour, in putting together his parables, was usually talking to people about the world around them, particularly natural things around them but also the man-made bits: the farming bits around them.

On our traditional walks we would normally something like about four times and at each of the stops I would say something about theology and I have a colleague who is a ranger who works with us on that and she would say something about the biology and plants and then we put all this on to our website so that people can look at this. So we are basically using the wild as a laboratory to help people to explore the tremendous, real, fundamental integration that there is between scripture, theology and God’s creation.

Have you learned anything yourself through taking these walks?

I learn the whole time! I learn new things, but I also develop my own thinking about things. One of the easy ways to show mycorrhizal fungi (not the group I worked which are arbuscular  mycorrhizal fungi, but ectomycorrhizal fungi) – beech trees have ectomycorrhizal fungi and they sit very close to the soil surface so you can take a small pen knife with you and scratch away at the soil and expose the mycorrhizal roots. You can lift those up and talk to people about the importance of this fungal plant association. That gets you into all sorts of other things and allows you to talk about how not all fungi are bad things, not all bacteria are bad things. These are all very positive and important and they are part of a working community.

So I think trying to emphasize to people the importance of communities, that this is what you’re seeing in terms of the vegetation works because things, in a sense, are feeding off each other – in some cases very directly in terms of the mycorrhizal fungi, but in other cases it is just simply because there is a benefit to having plants of a different sort sitting next to other plants. You can rationalise it in terms of saying that creates a big break so that disease on that leaf doesn’t move to a leaf of the same type because there is another plant in the middle, but there are a whole range of ways and it says to us that this ‘working together’ model, which clearly is at the heart of Christianity, really is a way for society to go rather than the competitive model which, at the end of the day, never works as well. So I learn things in terms of thinking about society and I still learn things about the biology.