Pascal said that ‘We know the truth not only through our reason but also through our heart.’ I think that in the science-faith dialogue we must always be aware of our assumptions. And reasoned arguments should always be put forward with humility because they rest upon these assumptions. Unless the whole world shares the same assumptions, we cannot claim to have proved our case beyond any doubt.

I love this section from Pascal’s ‘Pensées’. Perhaps one of the most widely shared experiences (which might lead to certain assumptions, maybe not always exactly the same as Pascal’s) is awe. 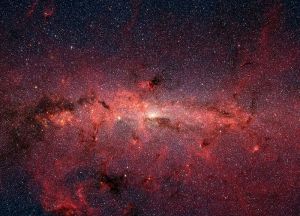 …Let man then contemplate the whole of nature in her full and lofty majesty, let him turn his gaze away from the lowly objects around him; let him behold the dazzling light set like an eternal lamp to light up the universe, let him see the earth as a mere speck compared to the vast orbit described by this star, and let him marvel at finding this vast orbit itself to be no more than the tiniest point compared to that described by the stars revolving in the firmament. But if our eyes stop there, let our imagination proceed further; it will grow weary of conceiving things before nature tires of producing them. The whole visible world is only an imperceptible dot in nature’s ample bosom. No idea comes near it; it is no good inflating our conceptions beyond imaginable space, we only bring forth atoms compared to the reality of things. Nature is an infinite sphere whose center is everywhere and circumference nowhere. In short it is the greatest perceptible mark of God’s omnipotence that our imagination should lose itself in that thought.