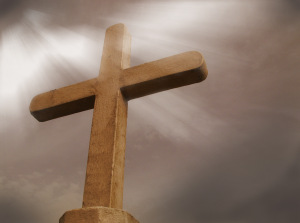 I recently spent a few days with 50 clergy whose first career was in science. The path from science to the church is a well-worn one, and the Society of Ordained Scientists (SOSc) exists to support those whose identity is scientific as well as pastoral.

I was invited to speak at the SOSc annual gathering at Scargill House – a fabulous retreat centre in the Yorkshire Dales with a friendly community, beautiful grounds, and wonderful puddings. Our group was an eclectic one, and I was surprised to meet people from all over the world: Sweden, Ukraine, the Philippines, and a large North American contingent. The atmosphere was very warm and supportive – and compared to many science and religion conferences I have been to, very relaxed.

The enthusiasm of the people that I met those few days in Yorkshire was infectious. One was a chaplain at a North American university who taught courses on science and religion to interested students. Another – a former zoologist – had set up microscopes in his study so his grandchildren could learn to enjoy nature up close. The one that surprised me most was the astronomer who has continued to publish in science after taking up his post in a parish. He had enjoyed his former career, and though he was committed to church life wanted to keep doing some astronomy in his spare time. He kept his connection with the university, and because he was a theoretician he was able to do his work at home. Using his vicarage address on his scientific papers raised some eyebrows among his scientific colleagues, but it seemed fitting to me.

In the past, clergy often did fieldwork or experiments alongside their church work, and it was only in the late nineteenth century that science began to be done largely by full-time scientists. With the professionalisation of science came the myth that science and faith are separate. The Society of Ordained Scientists exists to redress that balance, and it was encouraging to meet so many people who are committed to getting a more helpful message across. Perhaps more clergy could enjoy doing some science in their spare time?

I don’t often receive as much as a speaker as I did with the ordained scientists. Their theological insights were extremely valuable, and I came away with a list of books to look up. Worshipping with them was a very moving experience, and the singing in the chapel – with a mostly male group – was fantastic. I was also struck that those coming to the meeting were from a very wide range of church backgrounds: evangelical, liberal and everything in between. The sensible discussion of science and faith is not the exclusive preserve of any one demographic. It was also the first time I had ever given a talk when I was sure that everyone in the audience was already convinced that mainstream science is complementary to genuine Christianity, so I was able to talk about the things that are closest to my heart. Next time someone talks to me about how science and faith don’t fit together, I will tell them about SOSc.

You can read the sermon from the final eucharist, given by the SOSc Warden Revd Dr Keith Suckling, here