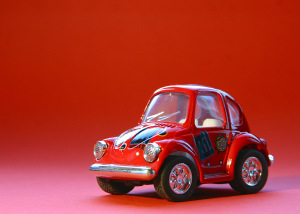 Last week the Faraday Institute’s annual summer course was held in Cambridge, and we played host to sixteen lecturers and forty-six delegates from all over the world. The lectures will be posted on the Faraday website in the coming weeks, but here is a taster.

The first lecture was from Professor Tom McLeish, a physicist whose work I have described here before, and who is no stranger to posing interesting questions. McLeish’s task was to set the scene for the week, exploring the relationship between science and religion. He spent much of the time looking at two questions: ‘What is science?’ and ‘What is religion?’

The main point of his talk was that the problem with the science and religion dialogue can be found in the word ‘and’. When we use the phrase ‘science and religion’, are we setting up a separation between the two that is not necessary? What do we mean when we relate the two together?

McLeish then outlined a whole range of ways in which science and religion might relate together. 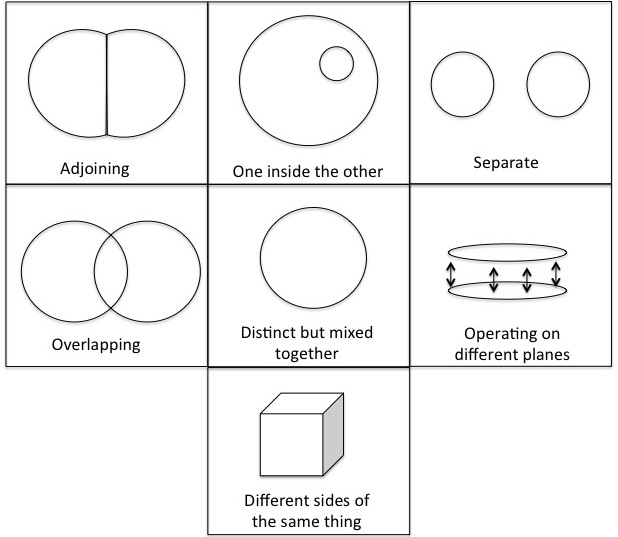 In the science and religion world, Ian Barbour is famous for his four models of conflict, interdependence, dialogue and integration. I am also familiar with Denis Alexander’s models of conflict, separation, fusion and complementarity. It was interesting to hear a physicist’s views, including parallel universes (the different planes on the diagram), and mixed solutions that can be distinguished on a molecular scale.

McLeish didn’t say what his own model of choice might be (it turns out that he was saving that up for his lecture the following day), but I can share my own. If God is really there and the Bible is true, then Christian faith affects the whole of life, and science is an activity that a Christian can do wholeheartedly. So that leads to model number two – one inside the other.

Science is one of the activities that happen within the circle of my faith, and it is bounded by its own smaller circle of methods and assumptions. The background of belief is still there, but some things are excluded from scientific practice. For example, when I was in the lab I might have prayed for a colleague’s health, or that I would do an experiment well, but I definitely wouldn’t pray for a certain result – that wouldn’t make any sense if I was trying to find out how the world actually works. Neither would I have included poems in a scientific paper. I like poetry, but words are limited in scientific journals and they need to be saved for describing data.

The boundaries around science go both ways. So in the same way that certain activities are excluded from experiments, a scientist will leave some attitudes behind when they go home at night. We don’t analyse our relationships scientifically, or at least not if they’re to remain healthy. And being interested in a rare form of cancer is appropriate in the lab, but not at the bedside. The explanation that cancer helps us to understand the way normal cells work is of little comfort to a person undergoing radiotherapy.

To me, science and faith overlap, but there are some ways of thinking and acting that are appropriate only to science or faith specifically. The benefit of this approach is that anyone can do science, regardless of his or her beliefs, and I think that is a very good thing. We should all be able enjoy the amazing things science reveals about the world we live in.