Making sense of science and faith 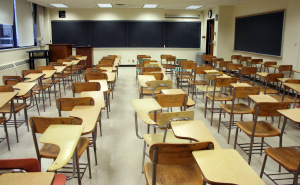 This is the second part of my interview with marine conservationist Bob Sluka. Here he explains how he gradually came to realise the importance of his work from a faith perspective, and is now combining the two in a unique way. (Part 1 here)

I’ve been on a journey. I come from a fairly conservative American evangelical background, with all the good stuff and also some of the baggage. I think my experience is probably similar to that of many Americans, where at first science seemed to have no relevance to my faith. At university I joined the InterVarsity Christian student group and was involved in different activities on campus – but that was the only implementation of my faith at the time.

After graduating I initially wanted to teach at a university, but then was offered a job helping to set up a marine biology lab in the Maldives. I thought, ‘here’s an opportunity to do what I like, as well as getting involved in more important work with local communities’. So my family and I spent ten years in South Asia – in the Maldives and then India – studying coral reefs, and also working holistically with the people in those countries.

About six years ago we moved to England, where I now consult for the Christian conservation group A Rocha, helping them to develop their marine research and conservation projects. It was here that I began to see how my faith and my scientific activities all came together. The people who influenced me most were Revd Simon Brignall who set up an A Rocha project locally, and Brother Sam who is involved in conservation at the Hilfield Friary – as well as many others at A Rocha. A major turning point was becoming involved with Christians in Science and going to their annual conference, where I finally realised that marine conservation is an expression of my faith, and is service to God in and of itself.

One of the really good things about American Evangelicalism is an emphasis on a personal relationship with Christ. My dad introduced me to the work of Francis Schaeffer (the theologian and philosopher who set up the L’Abri Fellowship). In his book Pollution and the Death of Man, Schaeffer writes about a dichotomy between the infinite and the personal character of God. Most of my Christian life until now has been focused on developing my personal relationship with Christ. Recently, in embracing all of the truth of science, and also exploring the infinity of God and what Richard Baukham would call the community of creation, I have realised that I do have a special relationship with God, but I am also a creature – I am something that’s created.

Science has helped me to understand my place as a creature, and that has made me realise just how amazing Jesus’ death on the cross was. If the cross was all about human salvation, then it’s all about me and I could almost feel as if I deserve it. But in the context of the vastness of time and space, I find it easier to understand the reality that God didn’t have to send Jesus. Science has helped me to realise how special the cross really is, and also how comprehensive it is. Theologians talk about four events: creation, fall, redemption and new creation. Christians often like to focus on the fall and redemption, but it’s important to put those two events in the context of creation and new creation. If everything broke at the fall, then the cross is not just for us – it is for all of creation. It’s about God, and not primarily about me.

I feel as if now I can hardly talk about science without theology, and about theology without science. Understanding who I am as a creation of God is really helping me to value my relationship with Him even more. I’ve also been thinking about beauty. God could have created a world where we lived like astronauts and receiving food in packages, but he made this amazing place of beauty and taste. The more I look into science, the more I’m awed by God.

It’s hard to hold the infinite and the personal natures of God in tension. To me, one of the greatest evidences of the reality of Christianity are the paradoxes in it: the things that you have to hold in tension. It’s not black and white this way, or black and white that way, but you have to somehow balance those two things. I’m just a creature – like Job in the Bible I’m someone who needs to be put in his place all the time by the creation around me – and yet I’m a child of God who can speak directly to the Father. It’s these two things that you have to always hold in tension.