Life in a Purposeful Universe? 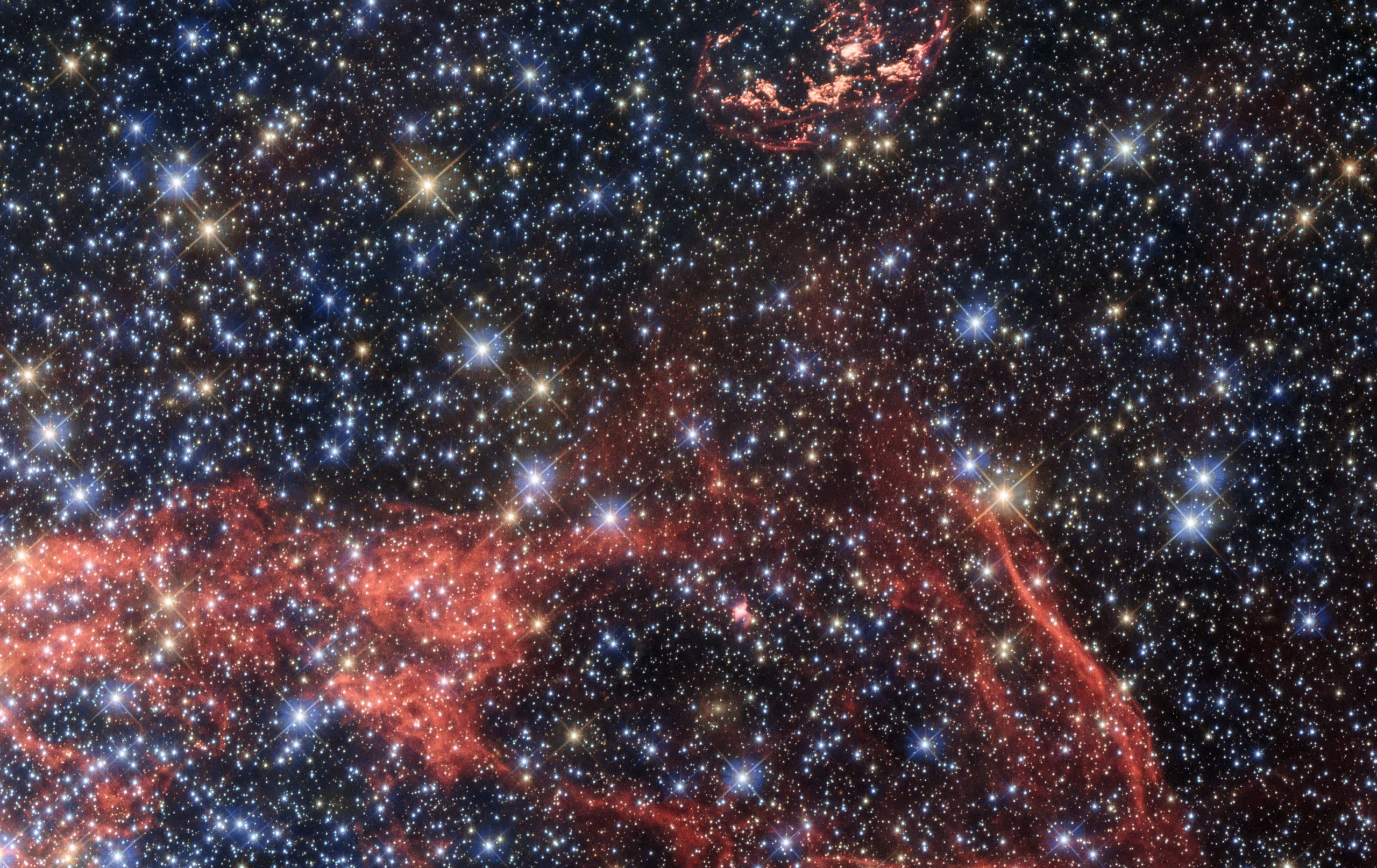 What does astronomy have to do with the living world? Is a vast universe really necessary to life? Any does science say anything at all about purpose? In today’s podcast (transcript below) I discussed these questions with astrophysicist Dr Jennifer Wiseman, who shared some of her personal perspectives. Jennifer is a person of faith who has spent time thinking about the questions about meaning and purpose that her work raises. For her, science does not compel belief in God, but it can vastly enrich the sense of a purposeful and awe-inspiring creation.

At the moment Science and Belief focuses on the wonders of the living world and the questions of meaning and purpose that they raise. But some people might think your work as an astrophysicist has nothing to do with the living world – is that true?

That’s not true. We are discovering more and more how intertwined the entire universe is with life as we experience it on this one planet, and that is absolutely fascinating. Science is now telling us that the different disciplines of science are all very interconnected and that’s never more true than it is in biology

So what exactly is it in your work that has to do with life?

Everything we do in astrophysics has something to do with life! What we’re discovering is that every step of the way through the entire history of the universe, steps were being made that led to conditions on our planet being conducive for life.

One of the things people say is. “Isn’t God such a great creator because instead of just making us, he made all this other stuff which isn’t necessary”, and I have to say, “Well I think it was necessary?”

Right! We are learning now, more than ever, that life on earth is interconnected with the universe as a whole. So it’s simply not the case that the entire universe is an ‘extra’ for us to look out and be amazed at. It’s glorious actually, when you think about the fact that the atoms in our bodies were literally forged in stars. As a person of faith myself I think of stars as God’s factories. God could have imagined any number of ways to create life and elements, but I think the idea of using the processes of gravity, electromagnetism, and nuclear physics to enable stars to shine and to produce heavier elements that are the building blocks of life, is just amazing. So when we read in scripture that we are made of dust, I think that’s meant poetically or allegorically, but it’s also actually scientifically true! Our bodies are made of the same kind of atoms that the dust is made from, and the heavier atoms of natural elements are forged in stars. We are connected with the universe, and I think that’s an absolutely glorious realisation.

You think about vast distances and great numbers all the time. How do you manage to do that?

That’s a difficult concept. We don’t actually know the ultimate present size of the universe. It could be infinite – we’re not quite sure of the physics. We can only observe as far as light can travel in the time that the universe has existed. So we can see back over 13 billion light years away – that’s an incredible amount of space. Then the universe is populated with galaxies. A galaxy can contain hundreds of billions of stars, and now we know there are hundreds of billions of galaxies. Again it’s a number we can’t comprehend.

The way I deal with it is not by trying to comprehend numbers that are really beyond human comprehension, but by looking at imagery. One of my favourite images is the Hubble space telescope ultra deep field: this amazing picture where each bright light is a whole galaxy. Each light entity contains maybe millions or even hundreds of billions of stars, and this is only a drinking straw-size patch of the sky. If you imagine that extrapolated over the whole sky, you get a visual sense of how enormous the universe is.

A lot of people feel insignificant when they look at images like this. That’s certainly an understandable response, but actually I think that’s a philosophical choice that we make. I think there’s another option, which is to think of how significant we are, not because we occupy a particularly important space in the universe – but because we are able to look around ourselves and comprehend something about the universe we live in, and to realise that we are actually at a stage in the evolution of the universe where life like us can exist and contemplate our purpose and our meaning. That’s where I think you get beyond what science alone can address – some of these deeper questions of meaning.

One of the people we’re working with at the moment is Stephen Freeland, who you know. He is working on the biochemical origins of life. What do you think of the idea that the universe is quite friendly to life?

In astronomy right now we are very excited about a new development, which is the detection of planets outside of our solar system. We’ve imagined this idea for centuries, but in the last two or three decades, our telescopes have becomes good enough that we are detecting planets by the thousands outside of our solar system, and the implication statistically is that planets are very common. Maybe every star on average has at least one planet. This is giving new life to these age-old questions of whether there could be life beyond earth, whether or not it’s common, and what that life is like. So the question then is whether the universe is basically poised for life from the very beginning. I don’t think we know the answer to that yet, scientifically, but as an astronomer I don’t see any reason why earth should be the only place that is habitable for life.

What thoughts does that research raise for you for your own faith?

Scientists can interpret the same data and come to the same scientific conclusions, but can have differing philosophical conclusions about what it all means. And I think that’s true as we look at the universe. If we decide that it seems the universe was poised from the very beginning with the right physical conditions to eventually enable the existence of life-friendly planets, to a person of faith that’s quite in line with a God with a purposeful plan, who may have employed random processes, but desiring a universe that is alive and can communicate with its creator. On the other hand, it’s quite legitimate, philosophically I think, to look at everything we’re seeing in science and decide that this is not the inevitable outcome. You didn’t have to have life that’s self-contemplating, and it’s not necessarily anything to do with God. I do think it’s interesting that nothing is forced one way or the other. It seems that things in nature are such that they are in keeping with the grand nature of the God of the Bible, but do not force someone to come to that conclusion. I’m glad that, actually, there’s a freedom for us to contemplate what we see and reflect on what it means.

So you have the data, and then you can infer purpose?

I think so. I think you have to see whether the science that we see is in line with the philosophical or theological frameworks that we have, and sometimes we have to adjust. I think the idea, for example, that God is only concerned with what happens on planet earth has to be adjusted when we realise that the universe has billions and billions of galaxies. Maybe there’s more that God is concerned with than just what has happened on this planet – and also with human life. That’s been a way of interpreting things in religion for a ling time, but I don’t think that’s true either. As we understand more about the interconnectedness of life on earth, we find that other creatures display things we used to think were uniquely human – things like fear and joy and altruism. These characteristics may be more sophisticated in humans, but as we see them in other life forms, people of faith need to realise that God is concerned with all creatures, so we need to be respectful of all life.

Dr. Jennifer Wiseman is an astronomer, author, and speaker.  She studies the process of star and planet formation in our galaxy using radio, optical, and infrared telescopes.    She is also interested in public science engagement, and directs the program of Dialogue on Science, Ethics, and Religion for the American Association for the Advancement of Science.  She received her B.S. in physics from MIT, discovering comet Wiseman-Skiff in 1987, and continued her studies at Harvard, earning a Ph.D. in astronomy in 1995.   Dr. Wiseman is a Fellow of the American Scientific Affiliation, a network of Christians in Science.   She has authored several essays addressing the relationship of astronomy and Christian faith, and frequently gives public talks on the excitement of scientific discovery. She grew up on an Arkansas farm enjoying late night stargazing walks with her parents and pets.

Category: Astronomy, Extraterrestrial Life, One In A Million, Purpose, Scientists Of Faith, Wonders Of The Living World