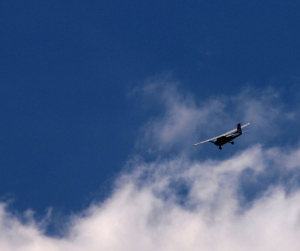 This is the second of two posts from an interview with Shannon Stahl, Professor of Chemistry at the University of Wisconsin-Madison. I love the (slightly) in-depth description of his work, and how that ties in with his wonder at the creativity of chemistry.

I see my work in chemistry as a gift and a vocational calling, and there is an intrinsic joy of participating in this discovery process.

To scientists, engineering can be a dirty word, but there is an element of engineering associated with chemistry. The components – the atoms – are known, as well as a basic framework of chemical reactivity, but there are things that you can’t do yet. It’s not unlike an engineering problem. You need to build an airplane so that you can fly. You have the components, but how do you solve the technical challenges?  There’s a beauty about actually getting off the ground and flying. In this sense, I really enjoy the “engineering” aspects of chemistry. One can learn the basic laws of nature that govern chemical reactivity and combine the chemical building blocks together in unique ways to achieve unprecedented phenomena.

When I teach undergraduate students I present them with what’s known already – they learn it, and then take an exam and regurgitate it. But when I train PhD students, the challenge is to get them to appreciate that they’re there to ask the questions. They have to ask, ‘What is not known?’ and ‘What is it that I would like to do, that no one has done before?’ They embark on a journey of taking what they do know and beginning to approach those unknowns. It’s about pushing beyond that template that they’ve been given. And it’s the unknown becoming known that is just so exhilarating for me as a scientist.

Take for example oxygen, which is ‘my’ molecule – it’s what I live and breathe, figuratively and literally! Oxygen is an amazing molecule, and there are fascinating aspects of its chemistry. According to the laws of thermodynamics, my body should spontaneously ignite in an oxygen-containing environment, yet something in the chemistry of oxygen provides a kinetic stability (i.e. the chemicals ‘want’ to stay in their current states) so that doesn’t happen.

I spend my time thinking about how to control the chemistry of oxygen in such a way that it can combine with organic molecules to produce useful things like pharmaceuticals. The pharmaceutical industry in the US has a big emphasis on green chemistry. For example, a common step often used in the production of pharmaceuticals is to oxidise an alcohol. Historically one would use chemical reagents that produce harmful by-products. But if we use a (reusable) catalyst we can find ways to combine them in such a way that water is the only by-product.

I think that my feelings of awe and wonder when I’m doing chemistry (see previous post) are not unique. Chemistry is at the interface between biology and physics, and there are two different styles of science within chemistry. Among my colleagues are some who are very mathematical and analytically oriented, and others who are much more creativity driven. Everybody experiences the awe but the difference is in how it’s expressed and reflected back. When you’re connected to something that’s beyond yourself – that allows the experience to take on an even bigger meaning.  My own view is that this is part of ‘common grace’. This is something that God has given to all of us as his creation, and what we do with it and how we handle it is part of the calling that we have as people. We can idolise it or we can use it as an act of worship.