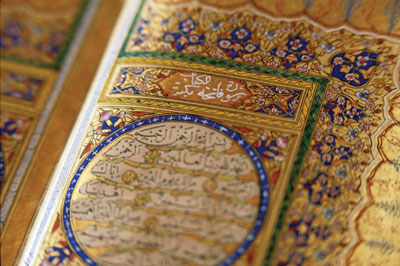 Yesterday I attended a seminar by Nidhal Guessoum, an astrophysicist based in the Emirates and guest contributor on the popular Islam and science blog Irtiqa. As one would expect, there was much to identify with from a Christian perspective. I was particularly struck by his conclusions.

In Arabic the word for science, ‘ilm’, is similar to the German word wissenschaft in that it means either science or knowledge (and actually the English word ‘science’ also used to be commonly used in this way).

Science flourished in the Muslim world for many centuries. Astronomy was particularly important for defining times of prayer, the direction of Mecca, and the times of festivals. The timing and causes of the decline of science in the Muslim world are much debated, but the trend has been reversed in recent years by a concerted effort to provide funding for science and increased enrollment in science courses, particularly among women.

In the last few decades, engagement with science among Muslim scholars has largely consisted of criticism and withdrawal to ‘Islamic science’ – such as in the work of Hossein Nasr or Ziauddin Sarder – or denial that the practice of science is affected by culture or religion – like Nobel Prize-winner Abdus Salam. But now a new generation of scholars is encouraging a more proactive engagement.

Guessoum put forward his own method for relating science and Islam.

I have to say that I agree – of course substituting the Bible for the Quran, and hoping that broadly Christian ethics would be adopted. I’m sure there are many other principles we could apply in relating science and Christianity, but I think that a version of the above could work quite nicely for now. And I think that, much of the time, this is already happening – though there is always room for improvement!

The talk will appear on the Faraday Institute website in the next few weeks.