Is Teleology a Useful Concept in Biology? 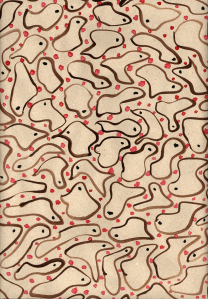 Everyone uses teleological language – the language of purpose – even when it doesn’t seem to make rational sense. We ascribe motives to everyday processes, so the car won’t start because I don’t want to go to the dentist, your little brother fell down the hole because he was bad yesterday, and the ball keeps rolling away because the dog wants to play with it. We also tend to ascribe purpose to biological processes, so flowers grow because we enjoy them, and the DNA code came into existence in order that life can develop on earth – you might check yourself after saying or thinking such things, but we all think them. A recently study* showed that scientists are naturally ‘promiscuously teleological’, but  the current thinking in science is that we shouldn’t use teleological language. The world is the way it is by chance and not by design.

Last month, biologist Harvey McMahon spoke at the Faraday Institute on ‘Teleology and Biology: Friends, Foes, Mutually Exclusive or Complementary?’ McMahon and the members of his research group investigate the curvature of membranes, looking at how the physical shape of cells and their membrane bound ‘organelles’ is suited to function. In his seminar he argued, in a humorous but direct way, that biological language is not pure: it uses language from many fields in the attempt to understand itself. Stripping teleology from our language dehumanises biology, and science suffers for it.

McMahon began his seminar by explaining that biology and teleology seem to be going in different directions. Teleology is about purpose and is a philosophical concept. If something is designed, there was a prior knowledge of what it was for, and perhaps some sort of blueprint. Biology, on the other hand, is about mechanisms and things that are testable by experiment. Naturalistic principles state that there was no prior knowledge of the purpose of any organism, but every living thing evolved within a particular set of constraints.

Despite appearances there is some overlap between teleology and biology. Teleological language is used in biology, despite the best efforts of journal editors. Perhaps there is also a partial overlap in terms of function. Every biological entity has a function that is gained from relationship with its surroundings. Organisms without a function – or purpose – don’t make it through selection. Also discoveries in biology often have strong teleological implications. I think here McMahon was implying that at some point down the line, what biologists find usually has an effect on the way we live. We ourselves gain significance from a sense of order and purpose, and naturalistic mechanisms fit within the overall design and purpose that we see in life.

The purely mechanistic and reductionist view of life that is presented by some scientists has the consequences of isolating it from the totality of life, rather than integrating it. The view that we are simply the consequences of our genes or that given enough information we could be programmed to act in the way we do, isolates the physical world from the totality of meaning. This isolation results in a breakdown of integration. For example, the moral boundaries around our science become blurred and either have to be imposed from outside or in some cases do not exist. What McMahon suggested should be the case is that science should develop in relationship with other aspects of the cosmos, and this will impact on our human relationships, our sense of significance and our well-being.

A number of philosophers also have a problem with isolating parts of life, instead of looking at things as a whole. For example, take the supposed neutrality of science with respect to ethics and politics. Individual scientists are not neutral, so is science neutral? Who we are and what we do are very tightly linked. McMahon also used an example from his own work, where theoretical and experimental biologists work in such separate spheres that they don’t always understand each other, and are at times unable to see the value or relevance of each other’s work.

Science critiques everything that it is capable of exploring, and we can become boxed in by that thinking. In the end there’s very little left to rely on, and we’re only able to fully understand very small and tightly defined parts of biological systems. If this were the only way of thinking about the whole then we would have reductio ad absurdum. McMahon argued that there is a need to emerge from fine focus and allow space for other ways of thinking.

Language acts as a lens or metaphor. Neurobiologists often use the language of computer technology in neurobiology. Switches and central processing units are convenient analogies for nerves and the brain. Does this language limit exploration? Yes to some extent, because neurons are not switches, and the brain is not a computer. Analogies have limits. McMahon suggested that the language of evolution might at times hinder, and the language of teleology might help discovery. Looking through a lens is a necessary part of any intellectual endeavour, but we may need more than one lens in our toolkit.