Introducing a New Resource: Wonders of the Living World 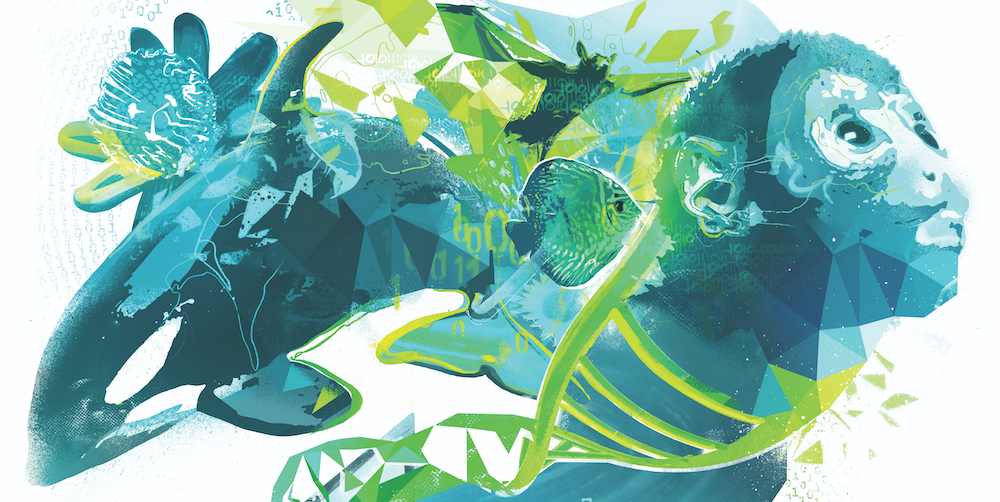 Over the last few years we have been looking into new ways of seeing the living world, alongside a number of scientists and theologians. We have been finding ways to convey the beauty and awe that a biologist feels – and how that fits in with belief in a loving, purposeful God. One of the questions I have been asking is, what are the best metaphors we could use to describe biological things? You might be used to hearing phrases like “the blind watchmaker” or “your genetic blueprint”, but are these words helpful or even accurate? Some of these sorts of word pictures fail to capture the wonder and joy of understanding something new about the nature of living organisms.

I learned that one researcher was using the phrase “The Snuggle for Existence” as a way to convey the idea, familiar to biologists, that cooperation is at the heart of the living world. For example, every cell more complex than a bacterium contains minute energy factories, each one containing their own piece of DNA – which makes them a sort of miniature cell, hidden away inside the larger host cell. These ‘organelles’, as biologists call them, turn raw materials from the host into chemical energy. In this way, everyone benefits: the organelles have safe a place to live, and the host receives the energy it needs. There are many more examples of organisms working together to produce something that is more than the sum of its parts, where often the individual parts could not survive on their own.

The phrase “One in a Million” is one way for a biologist to describe the level of optimisation we see in the genetic code. Every organism on earth shares the same combination of two chemical languages (DNA and protein), with a way of translating one into the other. A theoretical biochemist has tried to identify whether better codes might be possible, but he thinks there’s a chance that ours might be the best one. There’s also evidence that something like our genetic code may have been the inevitable outcome of our fruitful universe.

“The Map of Life” is a way of describing the regularities we see in biological processes. Eyes, legs and wings have emerged in the living world again and again, and why not? If the properties of light and gravity remain constant, we should expect living things to find the same solutions to seeing or getting around. When we look at these organisms’ family trees, we see they share a common ancestor that had no eyes, or no wings. These structures have developed completely independently, or you could say that the paths of the living world have converged on the same solution. That’s not to say they had a conscious goal, but that the world has certain properties, and those properties have channelled biological processes in certain directions.

None of these stories give us definite evidence for God. Science simply provides data, which can often be interpreted in several different ways. Perhaps the world just happens to be full of mathematical regularities, maybe there’s an overarching physical law we don’t yet understand, or perhaps there are multiple universes and ours happens to be the one in which life has arisen. I believe that the observations scientists make about the living world are compatible with the existence of the God described by Christian faith.

It has been wonderful to explore these ideas, and several other metaphors that have also emerged along the way. We have had the privilege of working alongside six scientists, finding out about their research and the big philosophical or theological questions it raises for them. Cara Parrett and I have explored their scientific publications, listened to them as they present their work, and interviewed them one-on-one. We have also interacted with two theologians who have offered some reflections on what we can learn from the living world and its ultimate purpose.

The word purpose can be a provocative one for a biologist. Biological processes have goals, in a sense, but science cannot say anything about purpose in the way that most people understand that word. The leopard chases an antelope, but biology can only make statements along the lines that the animals are doing something that helps them survive, eat, and reproduce. Many animals clearly have a certain degree of self-awareness, but if you want to discuss purpose in the ordinary sense of the word – in terms of ultimate meaning – you’ll need to ask an animal that is more obviously conscious. To have a philosophical or theological conversation you’ll need to find a person who can communicate with you in a detailed way, and then you will be stepping away from science into a completely different type of knowledge.

The aim of this project has been to open up the discussion about science and religion in a way that doesn’t always happen. We want to help you explore the science for its own sake, and share some of the joy of discovery that a scientist gets to feel on their best days. We also want to raise the sorts of questions that scientists sometimes ask which are to do with the meaning and purpose of the things they see. They don’t often have the chance to share these kinds of discussions publicly. In the world of science and religion we are more often asked to respond to questions about controversies or ethical dilemmas – which are important, but not the whole story.

The website for this project is now live at wondersofthelivingworld.org, and we will continue to release new resources onto it over the coming months. The book Wonders of the Living World: Curiosity, Awe and the Meaning of Life, and accompanying resources for churches and older secondary school pupils, will be published on in June. We hope you enjoy the perspective on the world that this material offers, and the unique questions it raises for you.

**An online book launch will be held on the evening of Mon 14th June, with a number of the book contributors participating. Watch this space for details.**

Category: Wonders Of The Living World