Inside the Religious Mind: Psychology, Prayer and Compassion

How can a psychologist study religion? Today’s podcast comes from the newest member of staff at the Faraday Institute, Joe Tennant, who is a psychologist. Here I ask him about his life and work, and what methods a psychologist can use to study belief in an invisible God (transcript below).

Can you first of all tell us a bit about yourself and how you came to be working in the Faraday Institute? 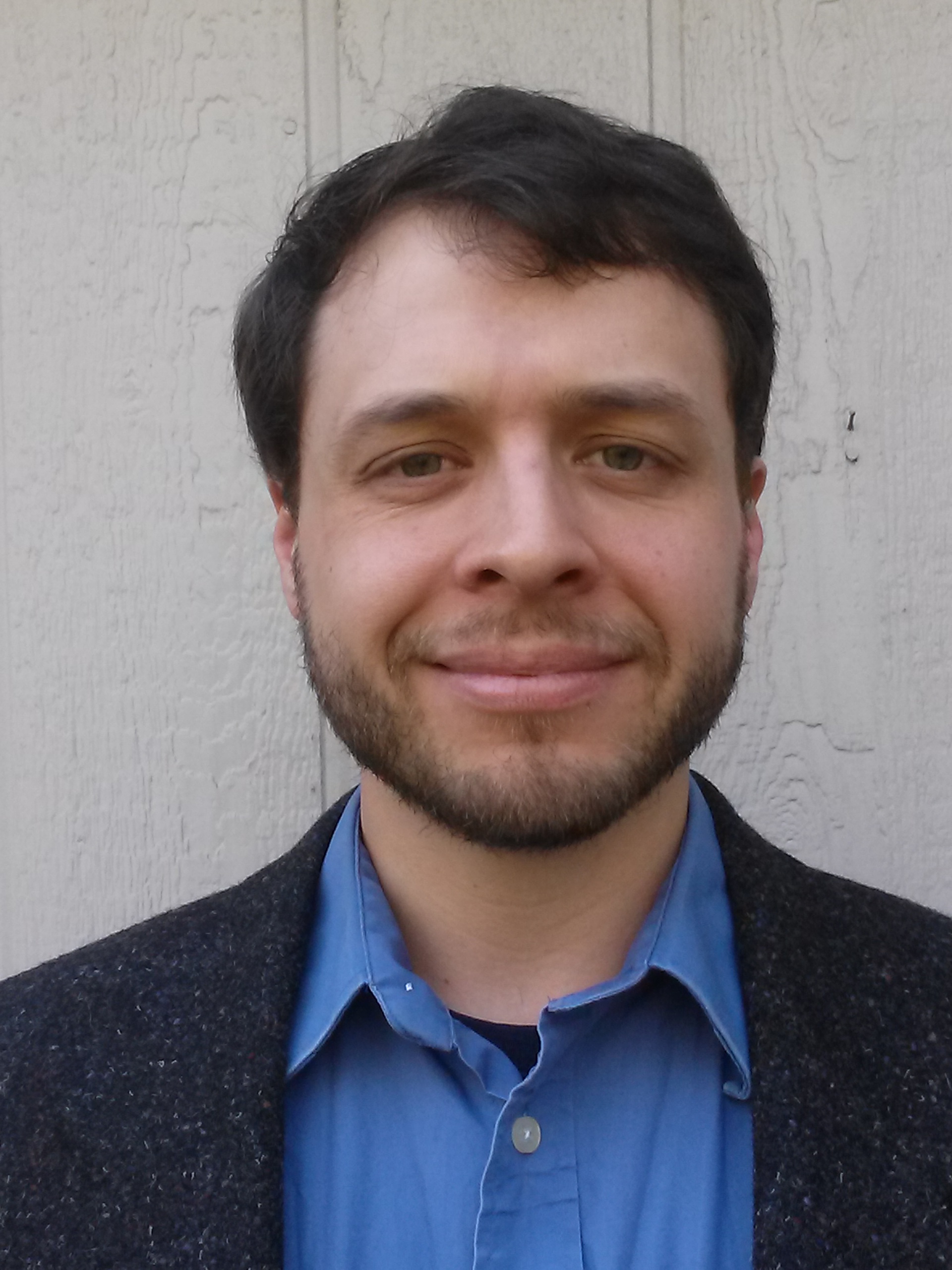 I grew up in an army family, so I moved around a lot as a child. Eventually we settled in Kansas, I went to the University of Kansas, and then for the past six years I have been at the University of Chicago for graduate school. In the job hunt I was looking at the American Psychological Association’s lists for religion and psychology, and I came across a project entitled Mystical Epilepsy which made my eyes open up. So I dug into it a bit and it sounded like a really exciting opportunity. I applied, and was very lucky to get this job. It was a lot of work to move over but I’ve been happy to be working here, it has been a lot of fun.

Thinking about the title of your project, does that mean that some people have some kind of spiritual experience as part of their epilepsy?

Yes, it’s pretty rare but it does happen. For a while this was called Dostoyevsky Epilepsy because the main character in Dostoyevsky’s the book The Idiot has several seizures which are accompanied with transcendent experiences or intense sensations of calm or pleasure that seem to have some sort of religious bent to them. As this has been studied more, it has been found in a lot of different contexts. There are a lot of different things that can be included in the mystical experience umbrella as it were. But yes, people are having very strange occurrences during seizures.

Can we go back to before you came to the Faraday Institute and were doing your graduate studies? How did you come to be studying religion in the first place?

Like I said, I went to the University of Kansas. Kansas has a reputation for being a very religious place. There are very strong beliefs and a range of them as well. This tends to produce a lot of heated debate like the intelligent design debates – a lot of them were centred in Kansas. It is also the birth place of the flying spaghetti monster – we had a couple years of fighting over that! Those are some of the more pleasant things. We’ve also had some religiously motivated violence and violence surrounding the issue of abortion more generally. It is a bit of a battleground state, and living there and studying there I really started to wonder how very different viewpoints about the same question of ‘Is there a God?’, ‘What is that God doing?’, can be so powerfully motivating. There is no other cultural part of human life that encompasses so much and is so deciding of the way people live. Religion cuts across morality, it cuts across diet, the way you treat your family, how you think about gender, the way gender should be – nothing else does that. It is uniquely powerful in human life and we need to understand that better and psychologists don’t really have a great way of understanding it right now. Despite 100 years of research we still have tonnes to do.

A psychologist is using what are essentially scientific methods to study belief in God – people who believe in God. This is a belief in something that is outside of time and space. So how do you go about studying that kind of thing given that it’s about something non-scientific, but you’re applying scientific methods?

At its core science is about what you can observe, and we can observe how people discuss their beliefs, what those beliefs mean for their behaviour, what it means for the kinds of judgements and decisions they make. We can do all of that without ever having to address the unobservable question of a supernatural being – a God – or whatever these people believe in. 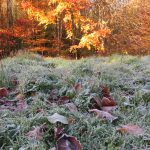 For example, when people pray that has a psychological impact. They are doing communication with something that isn’t physically in front of them. They are abstracting in some ways. We can see what that prayer does to their minds. In some cases, if you’re a neurologist, you would actually test the brain and what areas are associated with this. We learn a lot about human cognition and human consciousness, through what is a pretty special incidence of behaviour. That is one example in the life of religious people. As I said, it cuts across so many domains of life that it’s hugely informative just from a psychological perspective.

Am I right in thinking that here you’re using the tools of psychology to find out something that is helpful to people, whether they believe in God or not?

Certainly. I think that at its core, psychology is just trying to understand the phenomenon and a lot of times the implications of that are for the benefit of people. One of the biggest parts of the psychology of religion is studying health, and the benefits that religion has to health; physically and mentally. We don’t quite understand how or why it works. We have a couple hunches. There are some very simple ones like if you go to church every week and then you fall down and hurt yourself, someone knows you are missing. That’s a very easy one. But there are more complex ones involving mental health and well-being, comfort and longevity that we don’t really have a great sense of. A lot of this research goes towards helping bolster the practical benefits of faith and making people feel comfortable in saying that faith is not a psychological illness, not a delusion like Freud called it. That is a very old fashioned view in psychology. Faith is one way of living and it has its benefits. We can also study some of the downsides without attributing them to religion uniquely, simply to say there are ways of living that aren’t necessarily the most healthy. Feeling like God is punishing you all the time is, as it turns out, not a healthy way to live. We can say that from purely a mental health stand point. I don’t think that challenges someone’s faith to say that there are ways of religious living that aren’t good for you because I think most faithful people would agree that is not a great way to view the world.

Finally, you’ve spent a while studying human beings and the way they think. Is there anything about the way we are and the way we interact with the world that makes you think “Wow that is quite extraordinary”?

Yes, particularly in my study comparing religious morality to atheist morality. I have been really amazed that an overwhelming majority of people really just want to do right by other people, even if there are a lot of disagreements about what that means. The way I picture it is if you ask someone “Which is better; freedom or justice?”, the question seems weird because they are both good things. I think in a lot of cases when we disagree we’re trying to figure out things at the level of, I value family a little more than you value caring for the vulnerable. But those are both great. I’ve been constantly amazed at how people from very diverse backgrounds are all just very kind and they want to do the best they can in their groups, whatever that means to them. We seem to share a sense of wanting to be the best version of ourselves and help other people feel the same. The compassion of most people, I don’t think gets enough credit in this world. I’m constantly thrilled to see it. 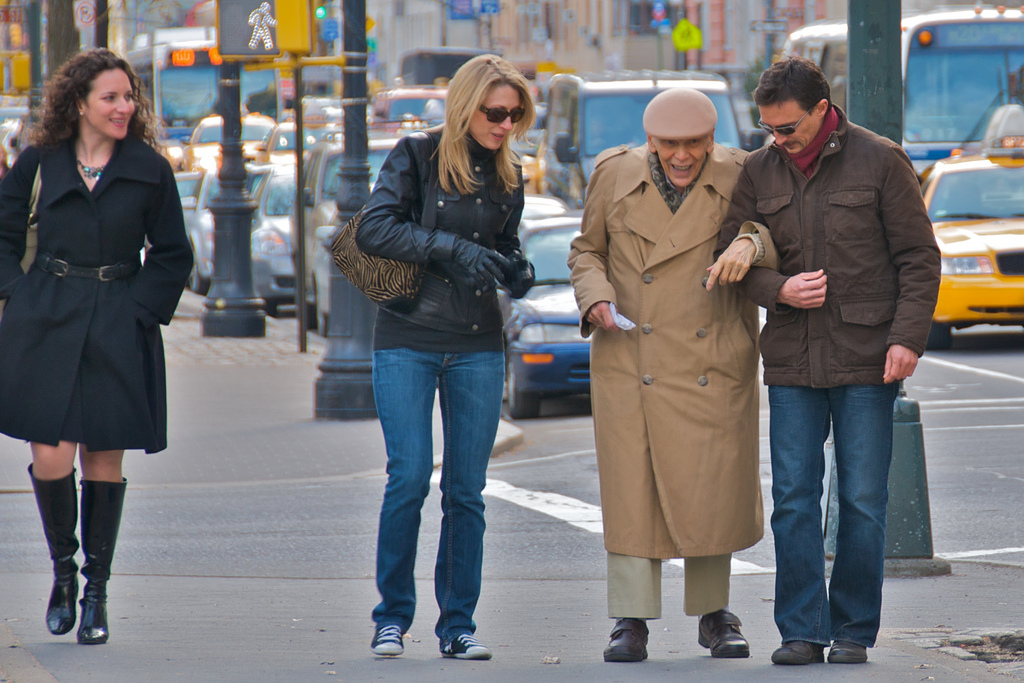 The kindness of strangers. By Ed Yourdon. Flickr. (CC BY-NC-SA 2.0)

Joseph Tennant is a Research Associate on the Mystical Experiences in Temporal Lobe Epilepsy Project. He is working with Prof Alasdair Coles, Dr. Sofia Eriksson, and Dr. Joanna Collicutt on better understanding the psychology and neurology of religious experience by investigating euphoric or transcendent auras that sometimes accompany seizures in some patients with epilepsy. This project investigates both the physiological origins of these auras as well as the way in which patients understand and interpret them.He is a cultural psychologist specializing in the psychology of religion and morality. His dissertation focused on a comparative study of Atheists and Evangelicals in the American Midwest, which investigated the differences between these groups in both the types of moral judgments they used as well as the justifications they employed. His previous work investigated the psychological and demographic predictors of creationist belief.

Joseph received his PhD in Comparative Human Development from the University of Chicago. Before that he received his bachelors degree in psychology from the University of Kansas, with a minor in qualitative methods for the social sciences. His research interests include morality, religion, religious politics in the United States, and mixed methodology in psychological research.