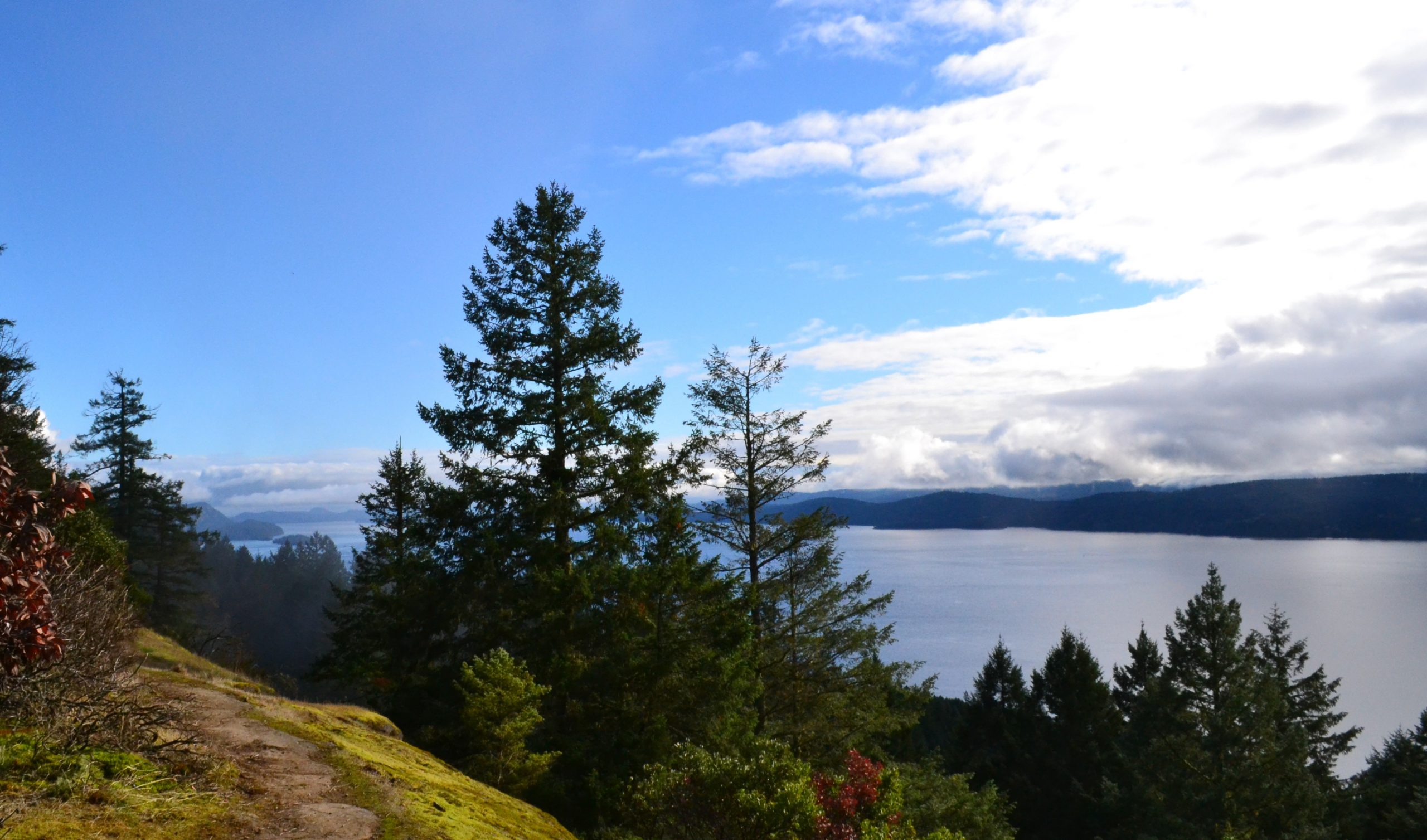 One of the main issues for conservation is communication. How can scientists share their knowledge with the people whose behaviour is affecting the land? This is one of the questions that drew zoologist Stephanie Bryant into science communication, and the ‘God and the Big Bang’ school events project. In today’s podcast (transcript below), Steph explains how she was drawn into science, how her faith informed her studies, and the impact the God and the Big Bang events are having on young people’s thinking.

Can you tell us a bit about yourself? What got you into zoology? 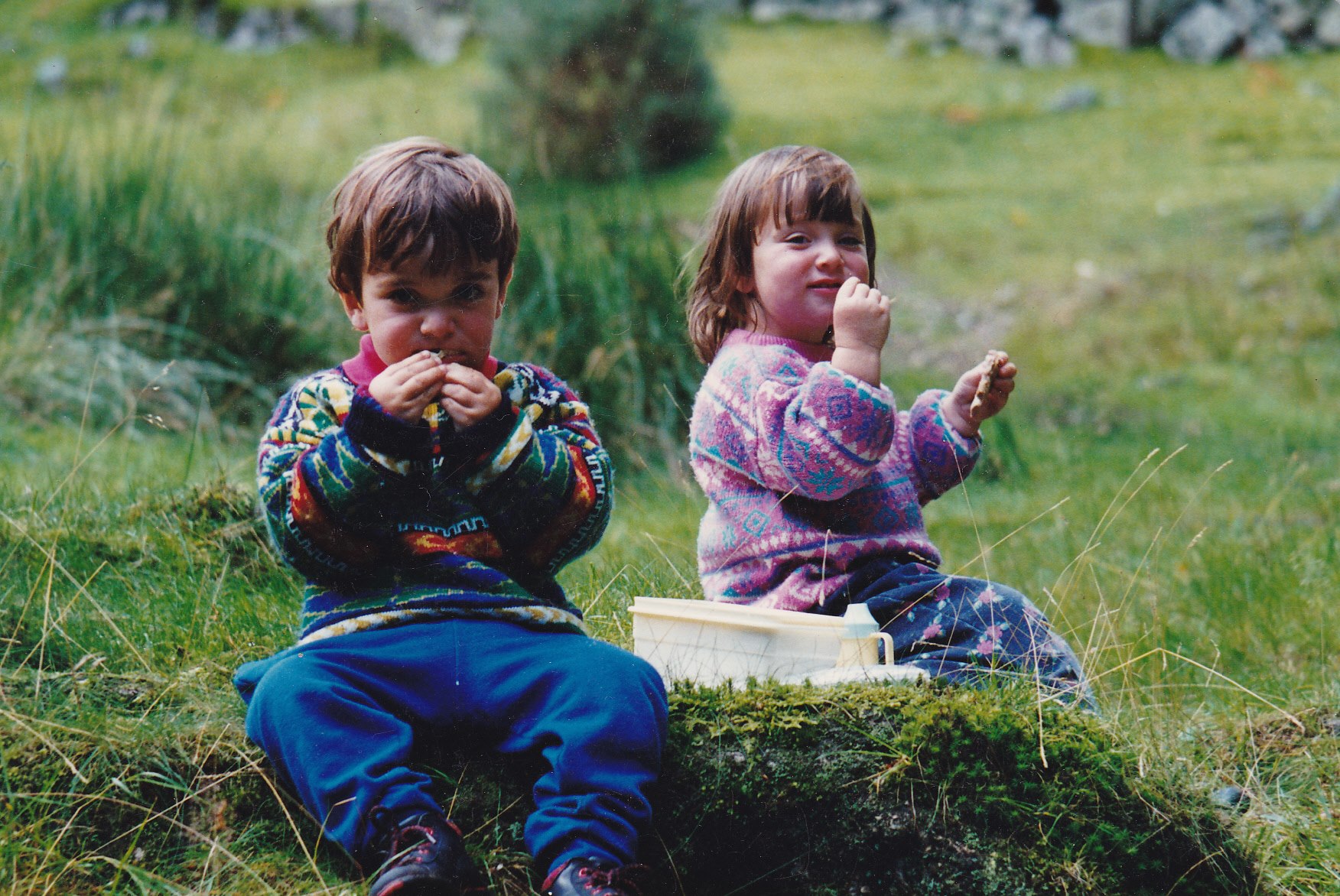 I spent a lot of my childhood messing around with animals. My family is very outdoorsy so I’ve always been encouraged to be outside and getting covered in mud and not being worried about that sort of thing. My Dad trained as a scientist originally, and we had boxes of David Attenborough videos and things like that around. I really enjoyed, as a four year old, watching killer whales eating sea lions on video for some reason. It has carried on from there, really!

So that took you to Cambridge to study Zoology and you didn’t stop liking it?

Yes, no one was very surprised when I decided that I wanted to study natural sciences. They were even less surprised when I specialised in zoology, and ecology within that. There have been points where it has felt quite tough. Cambridge is a lot of work, and I think unless you’re doing the subject that you really love you’d find it impossible sometimes. So that has refined my passion for zoology.

Where did your interest in conservation come from? 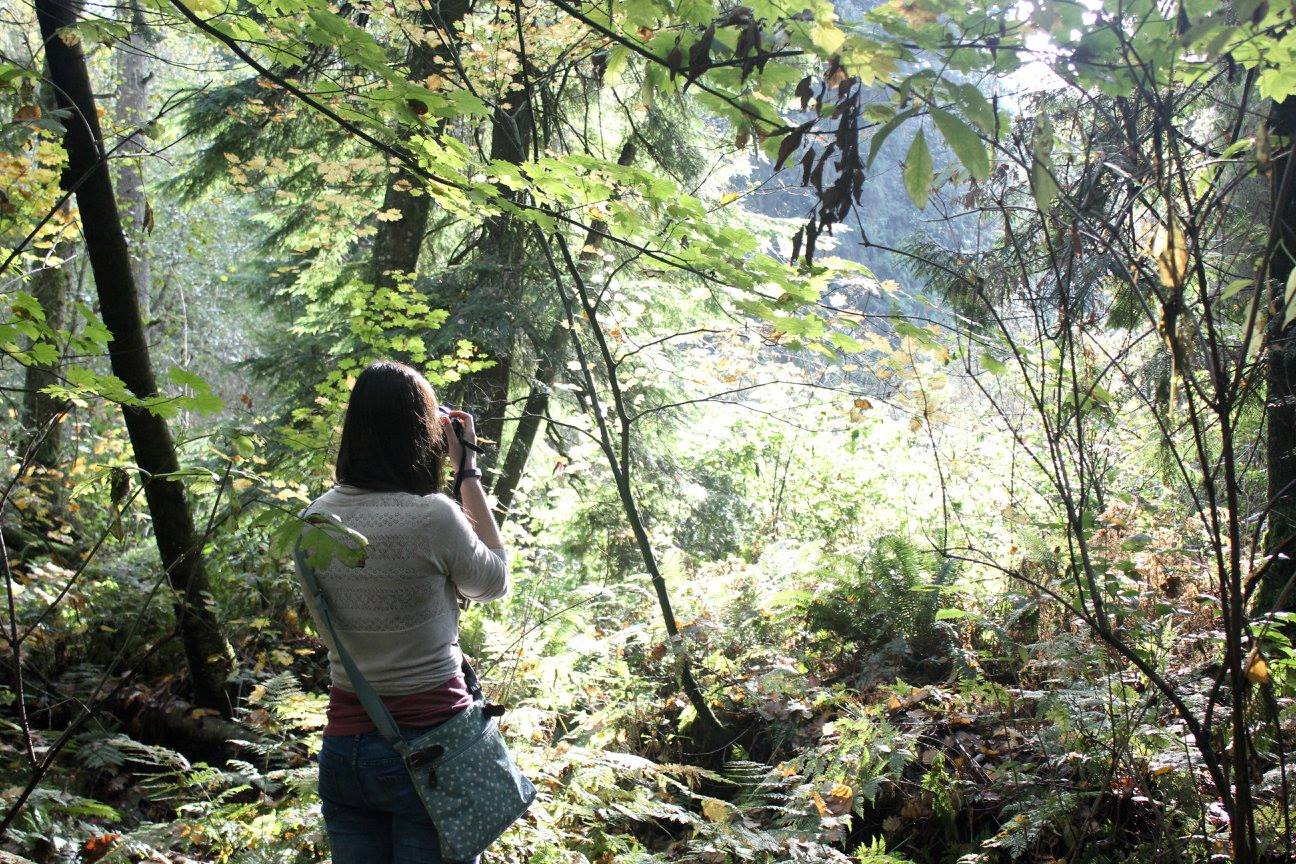 Again, because I’ve spent a lot of time outside with my family hiking and just seeing an incredibly beautiful world I think I’ve had an appreciation for nature ingrained in me for a very long time. I lived in Oklahoma for a bit, and I remember a rainforest project I did at school there when I was about five. I had a book about all the animals in a rainforest and how they are affected when one tree gets chopped down. It was just really sad, but it also started growing my passion for looking after this planet and realising that humans aren’t the only species that needs it or uses it.

You are also a person of faith, so how did that affect your approach to science and conservation?

I became a Christian in my first year of university, so my conservation science passion has been around for quite a bit longer. I actually think it’s really interesting that becoming a Christian and seeing that this is God’s world and that he made it and that he loves it has really fuelled and continued to motivate my care for the environment. It’s reinforced views that I already had, and made me understand why I had a sense of wrongness about the way we’re exploiting and treating the planet with such a lack of love.

To turn it around the other way, does your science feed into your faith in any way? 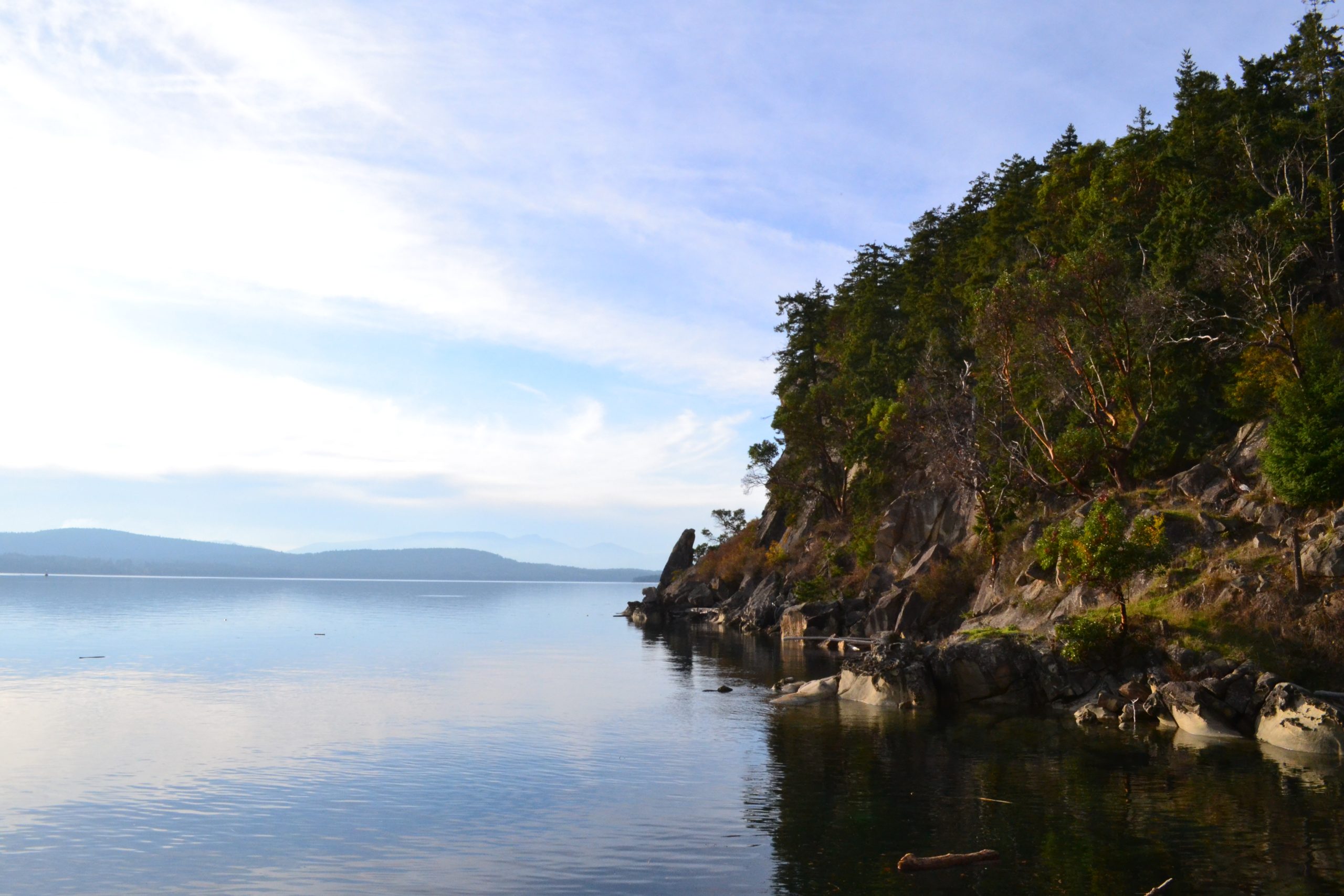 I think the more science that I have done – the more that I’ve explored the world and learnt more about it from a scientific perspective, whether that’s specifically conservation science or the other areas of science I’ve studied along the way – I just find that it is all awe-inspiring. It is mind-blowing. 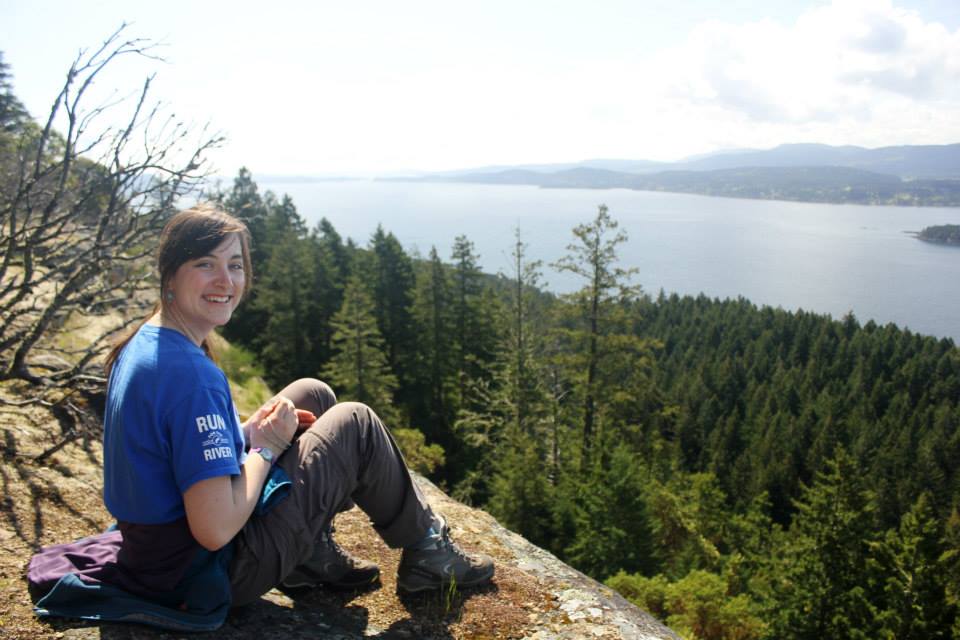 The deeper that you go into science the more incredible it becomes, and that really makes me want to worship God. If I’m in a good science lecture, it almost feels like I should stand up and sing a hymn at the end of it. It feels like a really good sermon. The most obvious quote coming to mind being that “the heavens declare the glory of God”, so when you’re studying science you’re seeing God’s glory.

It seems you’ve always been very secure in the relationship between the two?

Yes, I don’t think that my science was ever a stumbling block in coming to faith. It really all seemed to click into place very easily and they definitely enrich one another.

Can you tell us about God and the Big Bang and how you got involved? 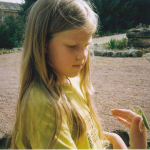 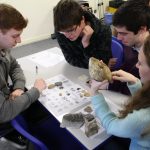 I spent about nine months working in Canada for a Christian conservation organisation called A Rocha. I really loved putting into practice what I learnt from my degree and using that knowledge and that passion to do something other than pass exams. It also became clear to me that as scientists we’re not necessarily all that great at communicating our science to ordinary people or talking to, say, land owners about why we think they should manage their land in a different way or just change the way that they view the planet. So I was looking for something more directly in scientific communication to work on that, and then this job came along. It was being advertised in the Christians in Science newsletter, which I happen to read. It combined my love of science and my love for God and also I really enjoyed teaching and communicating with young people, so the project takes all of those things and does some really useful stuff with schools around the UK now.

So what does God in the Big Bang look like?

We are a project that aims to get young people thinking and talking for themselves about science and faith and how the two interact; whether they are compatible and the different ways you might form your opinions about the world and about your purpose and meaning in the world. What that looks like is that we go into schools all over the UK. We put together a team of scientists who are Christians to lead sessions, whether that is giving a talk or leading something a bit more hands-on and interactive, sharing and exploring ideas about science and faith.

What kind of effect does this seem to be having on pupils and teachers?

We hand out a survey at the start of the day and then a very similar survey at the end of the day to try and pin down some of the effects; whether what we are doing is useful in any way, whether it is changing their thinking and helping their understanding. We get a lot of really overwhelmingly positive comments, whether it’s from someone who is already a Christian saying “now I’ve realised I can go and do science at university, it’s made me realise that I can combine my passion for God and my passion for science” or whether it’s someone that’s just never thought about this kind of thing before or thought that if you were a scientist then you were definitely an atheist, saying how excited they were, how much more open-minded they are now about thinking and combining the two.

How do people find out more?

We have a website, www.gatbb.co.uk, that has our contact details on and more information about the project. If you want to ring up or send an email saying you’re interested, or asking whatever question you might have, then we’ll be more than happy to get in touch and talk that through. 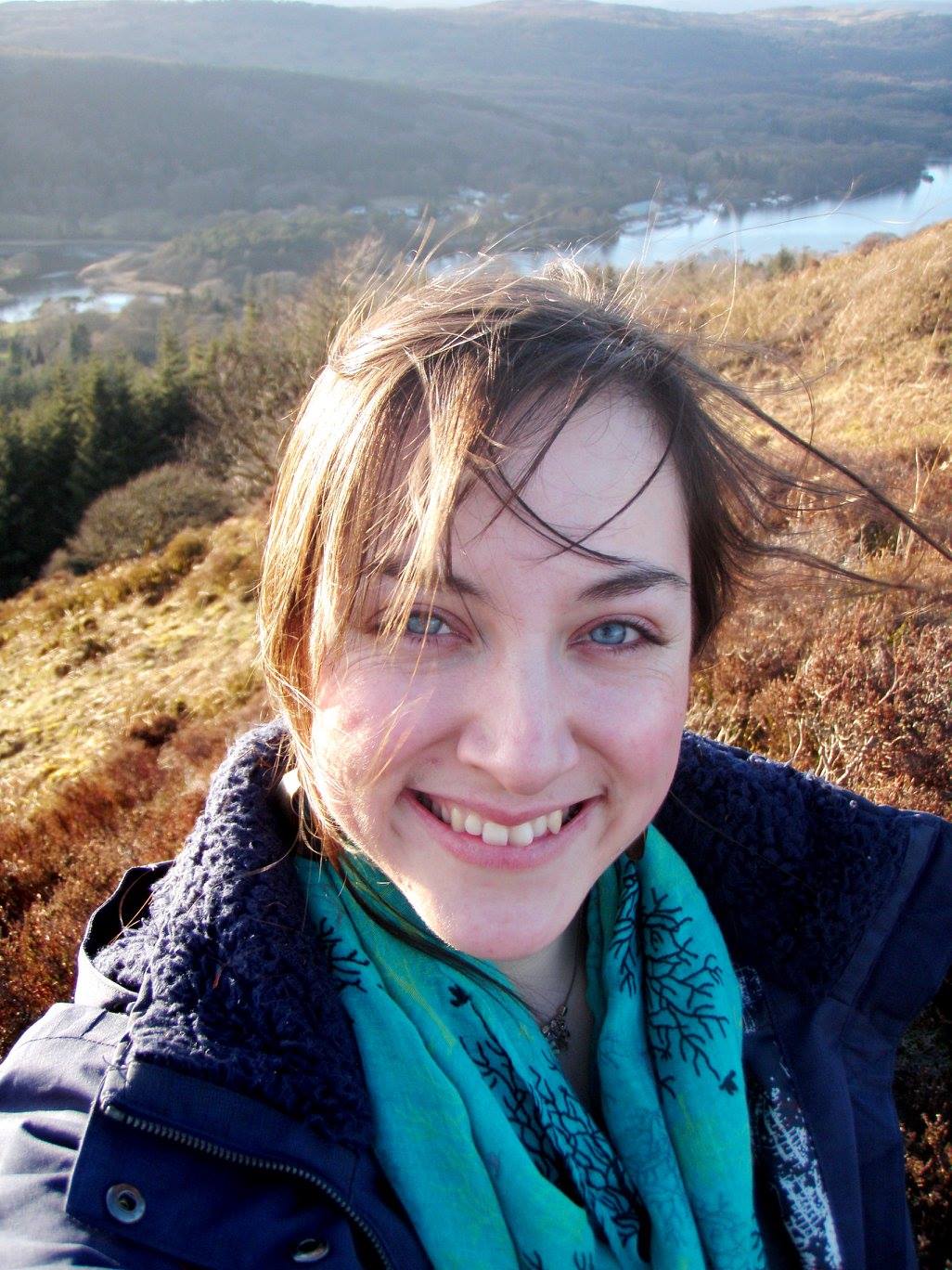 Steph Bryant was the project coordinator for the God and the Big Bang schools project. She spent most of her childhood exploring the outdoors and learning about nature. It was no surprise to her family or friends when she went on to study natural sciences, specialising in zoology, at the University of Cambridge. Since graduating in 2013, she has been involved in a number of conservation projects, from studying wolves in Bulgaria to frogs and salmon in Canada. She is particularly interested in scientific communication and enjoys passing on her enthusiasm for the sciences.

Category: Ecology, Science And Faith In Schools, Scientists Of Faith, Teaching, Wonders Of The Living World

Tags:  conservation,  God And The Big Bang,  zoology, A Rocha