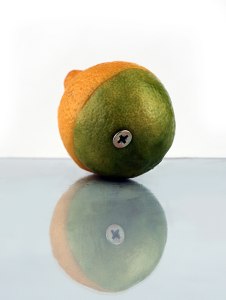 On a recent trip to Nottingham I met Mike Clifford, who is an Associate Professor in Engineering at Nottingham University. He’s interested in the role of imagination in science and engineering, and spoke on this topic at the Christian Postgraduate student conference last year.

In his talk Clifford described how Scottish philosopher Adam Smith recognised a strong link between memory and imagination. We tend to pigeonhole objects in our memories, grouping them into classes. When we see an obviously new type of object it provokes both wonder and the invention of a new classification category. Smith said that scientists are people “who have spent their lives studying the connecting principles between objects [who] will often note intervals between two objects which more careless observers will think are… joined. [Science] therefore may be regarded as one of those arts which address themselves to the imagination.”

Not all scientists are classificationists, but I think that Smith’s principle could be also applied to ideas. Close observation of both objects and theoretical or mathematical models is extremely important in science. The most exciting advances begin when imaginative people spot holes in current thinking. Having a well-developed set of mental pigeonholes also makes lateral thinking possible. Coming up with original ideas often involves connecting different areas of knowledge in ways no one else had anticipated. New syntheses aren’t always arrived at by plodding from A to B – they often happen when someone tries to leap from A to Z in one jump.

Every great advance in science has issued from a new audacity of imagination.

Advances were made in physics when Einstein and others began to conceive of conditions where Newtonian laws didn’t apply. Quantum mechanics was born. In mathematics, the use of negative numbers took hundreds of years to catch on. ‘Imaginary numbers’ were just as slow to be accepted, though they have important applications in both science and engineering.

Although to many [imaginary numbers] appear an extravagant thing, because even I held this opinion some time ago, since it appeared to me more sophistic than true, nevertheless I searched hard and found the demonstration…let the reader apply all his strength of mind, for [otherwise] even he will find himself deceived.

Clifford commented that ‘I find it interesting that a failure to fully utilise the mind (including the imagination) may result in deception…it is only through the use of the mind or of the imagination that the truth will be revealed.’

The Christian in the one whose imagination should fly beyond the stars.

Francis Schaeffer, Art and the Bible, 1973

Of course to be useful a scientist’s imagination needs to be rooted in reality. What fascinates me is the contrast between our ability to grasp deep truth (such as imaginary numbers or quantum mechanics) and a different order of deep truths that are at times more or less socially acceptable – those to do with the person of God. Both require deep thinking and are controversial. Our minds are capable of grasping both and it’s important not to be deceived, either in a scientific or a metaphysical sense, through lack of hard thinking. So keep up the comments please, I don’t want to get lazy!